GTL secured the loan facility for the project from a consortium of lenders, Power Finance Corporation of India (PFC) and REC Limited. The project will evacuate power from the 3×660 MW Ghatampur TPS, owned by Neyveli Uttar Pradesh Power Limited, a joint venture between Neyveli Lignite Corporation and Uttar Pradesh Rajya Vidyut Utpadan Nigam. It is also expected to upgrade the state’s transmission network. The project consists of a 411 km 765KV S/C Ghatampur-Hapur transmission line, which is one of the country’s longest HVAC transmission lines. It will link the Ghatampur TPS in Central UP to the Hapur Substation in Western UP.

In November 2021, Adani Solar, the Adani Group’s solar manufacturing and EPC subsidiary, launched a retail distribution operation in India’s eastern and north-eastern states, with KSL Cleantech Limited serving as the official channel partner. As per the company’s statement, the distribution of company’s solar panels has now reached more than 1,000 communities across the country.

July 14, 2022
SJVN Limited, an association between Government of India and Government of Himachal Pradesh, has secured an engineering, procurement, and construction...
More 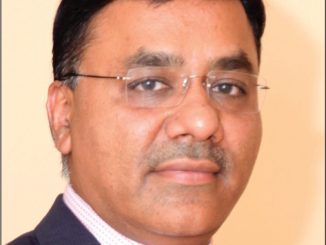 March 3, 2022
Sterlite Power has witnessed robust operational and financial performance over the past two years despite the Covid-19 pandemic. The company’s long-...
More