The share of renewables in the country’s energy basket has been expanding over the years, in the backdrop of ambitious targets of achieving 175 GW renewable energy capacity by 2022, the renewed goal of 450 GW by 2030, and an additional 63 GW expected to be added. India also committed to meeting the target of net zero emissions by 2070 at the COP26 summit. A shift towards renewa­bles to meet these commitments and car­b­on targets calls for the adoption of robu­st energy storage systems.

Storage systems absorb excess renewable power when the demand is low to cater to periods of higher demand, thereby reducing peak demand charges and fluctuations. Energy storage is advantageous across the entire supply chain due to enhanced dependability of energy supply, better electric power quality and im­pro­ved grid stability. In the long run, energy storage systems may eliminate or significantly reduce the need to establish new transmission infrastructure and pla­n­ts, thereby, reducing both economic and en­vironmental costs. Energy storage may be significant for not only lowering renewable energy intermittency and harmful em­i­­s­sions, but also for providing better ac­cess in remote areas. Thus, growth in renewable power ca­pacity when complemented with reliable storage mechanisms can go a long way in integrating renewables in India.

Renewable Watch takes a deeper look at the recent developments, technological tren­ds and barriers in the energy storage ind­ustry in India…

Recent advances in the renewable energy space in India have witnessed the government’s increasing focus on energy storage. It recently announced its intent to in­troduce a comprehensive policy on energy storage for India’s power sector, follo­wing which the power ministry invited suggestions for the formulation of a comprehensive policy framework as well as other interventions to promote energy sto­rage in the power sector. The policy would primarily focus on the regulatory, financial and taxation, demand management and technological aspects to promote the implementation of storage capacity. A policy to promote pumped storage hydro schemes with roughly 96 GW of potential capacity is also in the making.

The Central Electricity Authority has stated that the country will require 27 GW of grid-scale battery energy storage systems by 2030 with a storage capacity of four hou­rs. To this end, the country has been ac­­ti­vely engaged in establishing lar­ge-scale energy storage systems by promoting re­search and development in the area. Green hydrogen has also recei­ved a big impetus in recent months and several projects are under way. NTPC Limited has flo­a­ted a global tender for setting up a 1 GW grid-scale battery storage system. The Ministry of Power also announced its pla­ns to invite global bids for developing battery storage projects totalling a capacity of 4,000 MWh. A 13 GWh facility in La­da­kh and a 14 GWh storage facility in Kut­ch, Gujarat, will also be built. Recently, the ce­n­tral government gave its approval for inviting expressions of interest for the insta­llation of a 1,000 MW battery energy storage system as a pilot project.

No single energy storage technology is capable of meeting all the requirements to become a “one-size-fits-all” solution. Ev­ery storage technology subsumes certain unique features along with its own possible disadvantages. A certain technology may have an edge over another with res­pect to some aspects such as speed of tra­nsmission and sensitivity to climate. Thus, future development and se­lection of technologies is expected to fa­ctor in such differences.

In September 2021, the Department of Science and Technology (DST) released a report highlighting materials that show immense potential as energy storage sol­utions. Such materials may be expected to reach the pilot plant/application stage in the coming months. Vanadium redox flow battery (VRFB) technology has been found to be effective in charging portable electronic devices such as mobile phon­es, laptops, tablets and power banks. Iron electrolyte-based redox flow battery (IRFB), which is said to have enough ca­pa­city to power households across rural India, is also being explored. Further, Gra­phe­ne-based materials are emerging as a potential raw material in the development of su­percapacitors. Other potential materials be­ing explored for energy storage in­clude sodium, lithium-sulphur batteries, hy­brid-ion capacitors, Na-ion batteries and thermoelectric energy conversion. The exploration of nanocomposite systems as acti­ve electrode materials for supercapacitors and covalent organic frameworks, which are used for developing lightweight batteries, is also under way. Such emerging te­ch­nologies hold immense potential, wh­ile at the same time, certain technical risks and limitations may need deeper research and understanding to ensure an optimal rate of return from these technologies.

Starting from the process of identification of right materials to the final selection of a particular technology in a particular regi­on, there are several impediments to the de­velopment of energy storage in India. The ab­se­nce of a well-defined market str­ucture for energy storage technologies al­ong with lack of standardisation may result in delay­ed development of the sector. De­gra­dation of batteries due to external and natural for­ces is another prominent challenge in the battery storage in­dustry. Fur­ther­more, the­re is a lack of long-duration storage technologies at present. Diverse technical re­qu­irements and varying policies may also create bottlenecks in establishing a robust energy storage market in the country. Ad­ditionally, despite falling pri­ces, per­cep­ti­o­ns of high cost throughout the supply chain may continue to exist if not overcome by government support me­chani­s­ms. An in-depth analysis of local experien­c­es, insights and challenges may also be crucial to establish effective policy and regulatory mechanisms. Moreover, back-end support, in terms of cybersecurity, communication and transmission software, and grid upgradation will be essential for a resi­lient and reliable energy storage network.

With the ever-rising impetus being provided to renewable energy development in India, energy storage systems are expec­ted to become an inevitable medium to ac­hieve the country’s renewable growth tar­­gets. As solar, wind and other renewable energy sources gather steam in the energy mix, fluctuations in transmission may occur more frequently. This is where en­ergy storage comes in. The role of en­ergy storage systems in providing grid stability and load management is un­dou­btedly significant.

However, not only is the development of effective storage technologies critical, determining which technology is suitable for investment and further development itself is a Herculean task. The process of selecting from among different technologies may be time-consuming and involve additional costs. Certain aspects can be paid greater attention in this regard. For instance, the response time of an energy storage technology may be considered. Response time reflects how speedily an energy storage system releases its stored energy to fulfil the required demand. Ad­ditionally, the direct and indirect impact of energy storage technologies on the environment may be an essential aspect.  Gr­ea­ter flexibility in scale and lower sensitivity to geographical conditions may also be crucial to the choice of storage soluti­ons. Consequently, rapid development and higher uptake can be expected in the coming years, in terms of increasing the capacity of existing energy systems and the adoption of newer technologies and materials for storage.

While India has the potential to become an attractive energy storage market, the growth of storage capacities may depe­nd, to a certain extent, on the trajectory of el­ectric vehicle expansion. This may be further supplemented by a reduction in the costs of batteries which is already be­ing witnessed in the market. Active in­volvement of the government and all key stakeholders will also go hand in hand with the development and deployment of storage solutions in India. Speedy roll-out of a comprehensive policy as intended by the government, supported by regulatory incentives, can play an important role in achieving the desired outcomes in the sector. Developments in the pumped storage space may also be expected following the roll-out of a relevant policy.

In sum, the country must aim to achieve economies of scale through grid modernisation and the development of ancillary technologies. Given the required support from the government, the energy storage space can expect attractive investment op­portunities in the coming years.

January 3, 2022
By Sarthak Takyar India is driving one of the world’s largest renewable energy expansion plans. The country’s target under the Paris Agree­ment t...
More 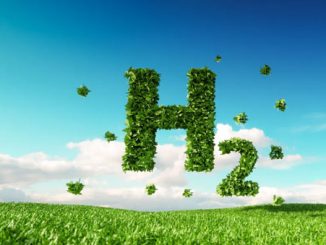 December 8, 2021
Greenko Group, a cleantech firm based in Hyderabad, has inked an agreement with John Cockerill, a Belgian manufacturer of alkaline electrolysers, to j...
More 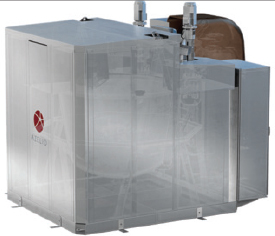 January 13, 2022
Azelio has unveiled the TES.POD system, a revolutionary electro-thermal storage system for commercial applications. The system has a nominal electrica...
More