Amp Energy, headquartered in Can­ada, is a renewable energy company playing the role of infrastructure manager, developer and owner. Establis­hed in 2009, the company has taken rapid strides to increase its footprint across ge­o­graphies, spreading its operations acro­ss North America, Japan, India, Australia and Europe. It has a total clean energy portfolio of 7 GW worldwide, comprising commissioned as well as under-construction projects.

Initially, Amp Energy started out with roof­top solar projects. Later, in 2013, it scaled up its operations to implement utility-scale projects. The company entered the UK ma­rket in 2014 through an Apollo-backed jo­int venture (JV), targeting utility-scale and distributed solar projects. In 2015, Amp Energy decided to set up operations in the US, Indian and Japanese markets to further expand its presence in the leading renewable energy countries of the world.

In 2016, Amp Energy entered into an equity investment agreement and JV with CBRE Caledon to deploy $140 million in late-stage development assets in Japan, the US and India. In 2017, it decided to en­ter the Australian market. In 2018, the company commissioned its first 200 MW capacity in Japan and raised a $150 million warehouse facility with Zoma Capital to fully fund development and acquisition assets in Japan, the US and Australia for 900 MW of capacity. Moreover, the comp­any launched Amp X, its proprietary digital energy platform for asset management and optimisation, and aggregation of flexible generation.

Amp Energy entered the Indian renewable energy market in 2016 and for the first three years, it primarily focused on commercial and industrial (C&I) customers. As of Mar­ch 2022, the company’s total portfolio was about 1.5 GW spread across 15 states in In­dia. Headquartered in New Delhi, Amp In­dia has a balanced portfolio of C&I and utility customers, and has over 50 custo­m­e­rs across 10 diverse sectors such as ph­ar­maceuticals, automobiles, ce­me­nt, st­e­el, heavy engineering, infrastructure, FMCG, educational institutions, IT and data centres, utilities and government bodies.

Diversification of its portfolio is among the most impressive works carried out by Amp Energy India through the years, which has also helped the company stay financially strong in the C&I space of the renewables segment. Although the company initially functioned in the solar energy segment to meet the end-to-end energy needs of its customers, it has now evolved into a diversified renewable energy solutions provider, also working in the fields of wind, wind-solar hybrid and battery energy storage systems, with plans to enter even the gr­e­en hydrogen space. Within the solar segment, the company has diversified its portfolio by planning to develop a utility-scale floating solar project as well.

Recently, in August 2022, Amp Energy In­dia signed a power purchase agreeme­nt (PPA) for a 100 MW/140 MWp floating solar park with Rewa Ultra Mega Solar Li­mited (RUMSL). The company was awar­ded the project at a quoted tariff of Rs 3.21 per kWh. RUMSL intends to build a 600 MW floating solar park at the Omka­re­shwar Reservoir. The project will be executed in two phases, with 300 MW to be developed in each phase at pre-identified locations over the reservoir. The project will be carried forward on a build-own-operate-transfer basis on a fixed tariff for 25 years. It will generate nearly 198 MUs of electricity per year and will contribute to the annual reduction of about 85,654 MT of carbon dioxide. RUMSL has identified space for the project’s development on the reservoir and will lease land from NHDC for the development of this project. In May 2022, Amp Energy won 120 MW at a tariff of Rs 2.53 per kWh in the Solar Energy Corporation of India’s (SECI) 1,200 MW interstate transmission system connected wind-solar hybrid projects (Tranche V).

In Karnataka, Bosch Limited partnered with Amp Energy India for the supply of 30 MW solar energy from its open access facility in Mallat village. As per media re­po­rts, this was Amp Energy India’s third op­en access project in Karnataka. The two companies signed a PPA for the procurement of solar power for 25 years.

In September 2021, the company ins­ta­lled a 2.4 MW solar power plant at the Pon­dicherry University. The project is sp­read across 15 buildings, two parking lots and two land parcels on the university campus. It has been developed under the 97.5 MW rooftop scheme by SECI. Pon­dicherry University and Amp Energy India signed a 25-year PPA. Apart from this university, the company has commissioned solar projects for other institutes such as the School of Planning and Ar­chi­tecture; Delhi, the National Law Uni­ver­sity, Bho­pal; and Atal Bihari Vajpayee Indian Institute of Informa­tion Technology and Ma­nagement, Gwalior.

In December 2021, Amp Energy India co­mmissioned a 13.5 MW solar power project for Orient Cement. The project supplies solar power to Orient Cement’s manufacturing facility in Maharashtra from Amp’s open access facility in Gourgaon village, located in Osmanabad district in the state. A 25-year PPA was signed for this project.

In the Indian C&I renewable energy spa­ce, the captive and group captive models have seen tremendous uptake. In the gr­oup captive model, multiple consuming entities are being allowed to buy power from a single project. In this mo­del, 26 per cent of equity – which should be no less than 30 per cent of the capital structure – must be held by the recipient in order for a project to be able to transmit power without being charged cross-subsidy surch­arges and additional surcharges. In addition, the consuming entities should use 51 per cent of the power generated. Amp Energy India has also tapped the potential of this model like other C&I players in the sector. The following are some select financing agreements for captive projects undertaken by the company.

Going forward, in the next five years, Amp Energy India plans to scale up its portfolio to 5 GW from the current 1.5 GW. The po­rtfolio will include both C&I and utility-scale projects. To this end, the company will require an investment of over Rs 150 billion. Each year, the company plans to install 300 MW-500 MW of projects, with an outlay of Rs 15 billion per annum.

While C&I players in India have had a go­od run, benefiting from the corporate de­mand for renewable energy and high grid tariffs, they continue to face several challenges in the Indian market. The key challenges are policy uncertainties and flip-flo­ps, and high and regularly changing open access charges. In addition, players have faced burdens due to the the App­ro­ved List of Models and Manu­fa­cturers pointing out quality concerns in domestic solar modules, their higher prices vis-à-vis imports and insufficient domestic capacity to meet the de­ma­nd; implementation of basic customs du­ti­es; and GST. Most of these challenges remain and are pain points for developers.

Despite these acute challenges, C&I players continue to grow with the help of global and domestic investors who still have faith in the Indian C&I and utility-scale renewable energy market. Further, players continue to find marquee clients who are eager to reduce their electricity bills and meet their climate commitments. The dynamics of the sector are now ch­anging quite rapidly with C&I clients de­manding round-the-clock supply of rene­wables. To this end, Amp Energy India is well placed, given its diversification to­war­ds wind-solar hybrids and energy storage, and future plans in the green hydrogen space. The company’s calculated ris­ks in the utility-scale segment by foraying into the floating solar space are also a he­althy sign, given the segment has huge potential with many such tenders expected, going forward. 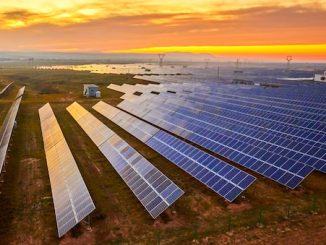 November 3, 2021
Tata Power and Tata Steel have joined hands to develop grid-connected solar projects in Jharkhand and Odisha. The companies have agreed to sign a 25-y...
More 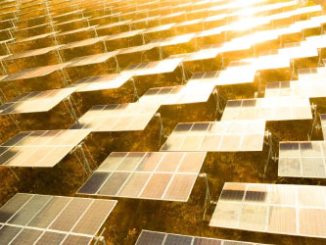