The western state of Gujarat can be called a clean energy trendsetter am­on­gst Indian states. An early mover in India’s renewable energy space, Guja­rat is now one of the leading states in ter­ms of solar and wind power project in­vestme­nts. The state has 15.09 GW of total ins­tall­ed renewable energy capacity comprising 8.92 GW of wind power, 5.99 GW of solar and a small capacity of biomass and small-hydro power. With res­pect to its net installed renewable energy capacity, Gujarat ranks third after Karna­taka (15.65 GW) and Tamil Nadu (15.64 GW), with a difference of barely 600 MW in their cap­a­cities. However, Gujarat will easily soon out­rank these two states ow­ing to the ma­ssive capacity deployments planned for the future.

The state’s achievements in this space can be attributed to the huge potential for solar and wind energy development, estimated at 122 GW. In fact, the barren but renewable-rich region of Kutch has be­come an investment hotspot in the past few years with multi-GW solar and wind po­­wer projects in the pipeline. A 30 GW solar-wind hybrid park is planned in the region, the foundation stone for which was laid by Indian Prime Minister Naren­dra Modi in December 2020.

The state government has also made significant efforts to attract leading industry players through enabling policy and regulatory measures as well as a host of tenders. Further, massive clean energy eq­ui­p­ment facilities are planned by various ind­us­try heavyweights such as Adani, Re­li­an­ce Industries and ReNew Power to le­ve­ra­ge the state’s strategic location on international shipping routes and access to ports.

Thus, Gujarat is poised for significant de­ve­lopment activity in the coming months. This will strengthen its foothold in the country’s clean energy space. Renewable Wat­ch looks at some of the recent developments in the renewable energy sector in Gujarat and highlights the outlook for renewable energy expansion in the state…

The past few months in Gujarat’s renewable energy space have been quite eventful owing to a slew of successful tenders, which resulted in the discovery of competitive tariffs. In January 2021, Gujarat Urja Vikas Nigam Limited (GUVNL) floated a tender for the development of 500 MW of grid-connected solar PV projects under Ph­ase XII of the state utility’s auctions. The auction was conducted in March 2021, and recorded the lowest winning ta­riff of Rs 2.20 per kWh. Sprng Ujjvala Energy won a capacity of 120 MW at Rs 2.20 per kWh. NTPC Renewable Energy, Coal India Limited and TP Saurya also quoted Rs 2.20 per kWh to win 150 MW, 100 MW and 60 MW, respectively, while SJVN won 70 MW at Rs 2.21 per kWh. This was the first auction after the announcement of basic customs duties on solar cell and module im­ports. While the lowest discovered tariff in this auction was marginally higher than the Rs 1.99 per kWh tariff discovered by GUVNL in its December 2020 auction, it was quite competitive considering the un­certainty due to duties.

In another auction held by Torrent Power Limited in February 2021, Torrent Power Generation and Adani Green Energy won capacities of 150 MW each by quoting a winning tariff of Rs 2.22 per kWh. Further, in March 2021, GUVNL reissued two tenders for the development of 800 MW of solar power from grid-connected solar pro­jects at the Dholera and Raghanesda Solar Parks. Under the first tender, 700 MW of solar projects (Phase IX-R) were to be set up at the Dholera Solar Park. How­ever, this tender has since run into difficulties. Under the second tender, 100 MW of solar projects (Phase X-R) were to be developed at the Raghanesda Solar Park. An auction for the second tender was held in May 2021, in which SJVN emerged as the winner at a tariff of Rs 2.64 per kWh.

Other recent tenders include a bid issued by Gujarat State Electricity Corporation Limited (GSECL) in August 2021 for 4.5 MW of solar projects to be set up at two thermal power projects – 2.5 MW, at Gandhinagar and 2 MW at the Sikka thermal power plant. In the same month, GSECL invited bids for the design, engineering, supply, installation and commissioning of 224 MW of grid-connected solar projects, ranging from 10 MW to 55 MW at various Gujarat Energy Transmis­sion Corporation substations. In the following month, GSECL issued another tender, for the design, engineering, erection, construction, installation and commissioning of a 35 MW grid-connected solar project with 57 MWh of battery energy storage systems at its Kutch Lignite Thermal Po­wer Station Pandhro site in Gujarat.

Apart from tenders, massive investments have been announced in the state, which will have far-reaching benefits for the entire sector. In December 2020, a mega 30 GW solar-wind hybrid park was announ­ced, which is expected to be the largest such project in the world. Spread over 70,000 hectares, the hybrid park will be located close to the India-Pakistan border in the Rann of Kutch and will require around Rs 1.5 trillion of investme­n­ts. In July 2021, NTPC Renewable Ener­gy Limited, a 100 per cent subsidiary of NTPC, received app­roval from the Ministry of New and Rene­wable Energy to set up the massive 4,750 MW solar park at Khavada in the Rann of Kutch, reportedly as part of the giant 30 GW project. NTPC plans to explore the potential of green hydrogen generation on a commercial scale using re­newable energy produced from the pa­rk. Moreover, a 14 GWh large energy storage project is being planned in the region to support the massive hybrid project. 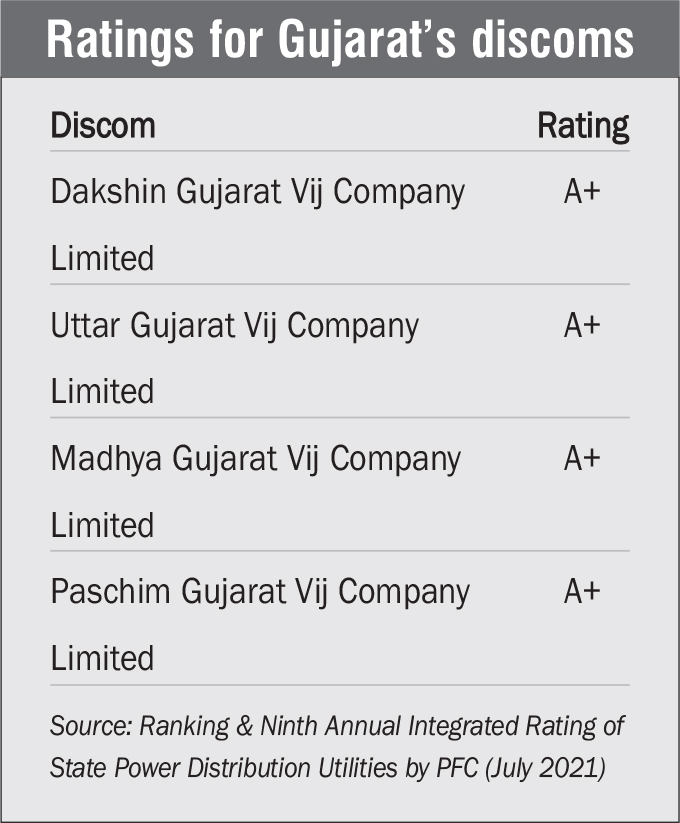 There have been two major policy developments in the state in recent months. In December 2020, the Gujarat government announced its new Gujarat Solar Power Policy 2021, which lays down incentives for residential, commercial and industrial so­lar developers. It has been drafted to drive the growth of solar power by encouraging micro, small, and medium enterprises to adopt solar energy in their operations. Thus, an important consideration in the policy is that third-party projects will be eligible to sell power to the state. More­over, a ceiling of 50 per cent of the contracted load for solar projects has been removed, and parties setting up solar projects for captive use will have no ceiling on the capacity of the project. This policy will be valid until December 31, 2025. Till then, residential as well as industrial and commercial consumers will be able to generate significant savings through the adoption of solar power instead of grid power.

Seven months after the launch of the new Solar Policy, 2021, the Gujarat Electric Ve­hi­cle (EV) Policy, 2021, was announced to facilitate the transition of its transportation sector to electric mobility. The policy will be valid for a four-year period starting July 1, 2021. Various incentives have been co­ver­ed in this policy including support for consumers who purchase the first 200,000 EVs for either individual or commercial use. The maximum price for availing of subsidy is Rs 150,000 for two-wh­ee­lers, Rs 500,000 for three-wheelers, with Rs 150,000 for four-wheelers. Further, the policy aims to promote the setting up of 250 EV charging stations in the state with a capital subsidy of up to 25 per cent on equipment/machinery (limited up to Rs 1 million). The policy has an outlay of Rs 8.7 billion and all EVs registered in Gujarat during the policy period will also be exempt from the registration fee.

This EV policy is in line with the central government’s efforts to promote electric mobility on Indian roads to deal with the air pollution crisis in our cities. The dema­nd incentives set out in this policy will make EVs quite affordable for consumers, and with Gujarat discoms having overall good financial health, EV integration into grids should not be a concern.

With the launch of the production-linked incentive scheme and the various trade barriers imposed on solar imports by the central government, Gujarat has become a sought after destination to set up manufacturing units owing to its favourable in­dustrial policies, skilled labour, port con­ne­ctivity and quality infrastructure. For ins­ta­nce, Reliance Industries plans to build the Dhirubhai Ambani Green Energy Giga Complex in Jamnagar, which will have four giga factories for integrated solar PV modules, advanced energy storage, electrolysers for green hydrogen, and fuel cells. 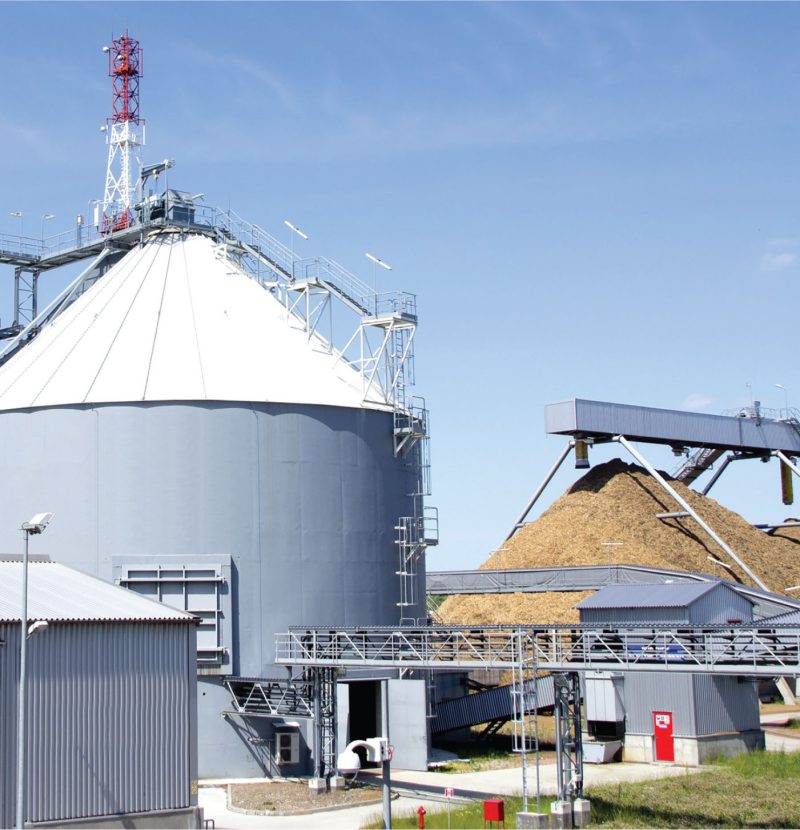 Gujarat has many factors working in its favour, which can make it a leader not only in India’s renewable energy space, but al­so on the global stage. It has a high po­t­e­n­tial for solar and wind, availability of hu­ge stretches of land, discoms with good ra­tings, and quality infrastructure with an en­­abling policy and regulatory environm­e­nt. For these reasons, most IPPs have op­ted for Gujarat to set up new wind power ca­­pacity. The state has large renewable en­ergy parks coming up in the next few years.

The development activity is not limited to project capacity deployment or large IPPs. The state has realised that it is equally important to promote distributed energy sources in order to achieve holistic grow­th. Thus, it has launched the new solar policy with a special focus on small solar projects so that all consumer segments are able to avail of the benefits of solar power. EVs and energy storage are important links in new power systems and the state has given due importance to these.

The only roadblock in this otherwise bright outlook has been instances of tender cancellations or bid reissuan­ces so as to discover lower tariffs. Fur­th­er, in the past, the state has recei­ved criticism for hindering land allocation leading to delays in the com­pletion of many projects. In or­der to move forward and realise the true renewable potential, Gujarat state agencies will have to move beyond tariffs and focus on sustainable development and quality assets. On its part, the state has been making efforts to address challen­ges such as stringent land allocation policies and inadequate transmission and distribution infrastructure.

Overall, if the current pace of development continues with the required policy in­terventions, Gujarat will soon become a gl­obal hub for renewable energy.

By Khushboo Goyal and Rithvik Kumar 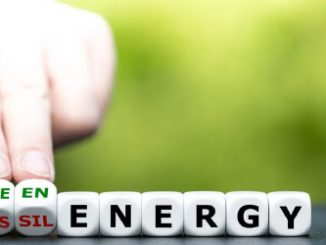 May 20, 2022
The Greenko Group is setting up the world’s largest renewable energy storage plant in Kurnool, Andhra Pradesh. The 5,230 MW project is being set...
More 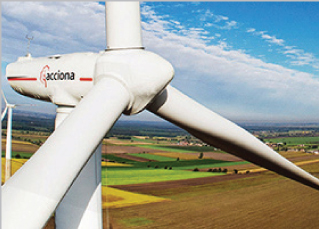