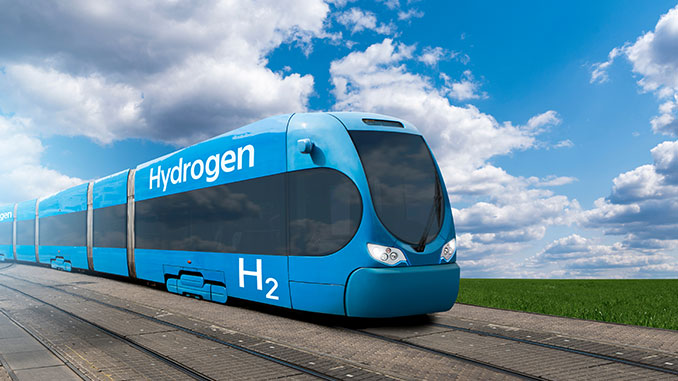 Indian Railways Organization of Alternate Fuel, the green fuel vertical of Indian Railways, has invited bids to develop hydrogen fuel cell based technology for its trains. The pilot project entails retrofitting the Diesel Electric Multiple Unit (DEMU) spanning 89 km in the Sonipat-Jind section of the Northern Railways. Initially, two DEMU rakes will be converted to use hydrogen fuel, followed by two hybrid narrow gauge locomotives. An allocation of $1.07 million has been made for the pilot phase to be undertaken in the current year. The project aims to determine the efficacy of retrofitting existing diesel powered trains with hydrogen fuel technology.

The retrofitting of diesel powered DEMU and conversion from diesel powered to hydrogen fuel-powered trains is projected to save $0.3 million in costs to the Indian Railways. The project is also expected to save 11.12 kilo tonnes of carbon footprint per annum and 0.72 kilo tonnes of particulate matter per annum. As per the Ministry of Railways, after the successful implementation of the pilot project, all the rolling stock that presently runs on diesel fuel will be planned to run on hydrogen fuel. The bidding date for hydrogen fuel cell-based DEMU rake will start from September 21, 2021 and the process will be completed by October 5, 2021.

The project falls under the purview of Indian Government’s flagship programs, Advanced Chemistry Cell Batteries and National Hydrogen Mission, to reduce India’s carbon footprint. The initiative is also in line with the emergent concept of hydrogen mobility in India. Installing hydrogen fuel cells in place of diesel generators can play a crucial role in meeting India’s emission targets.