Offshore wind has fast emerged as a vital component of Europe’s strategy to achieve carbon neutrality by 2050. In 2020, Europe added 2.9 GW of offshore capacity, which involved 356 new offshore wind turbines connected to the grid across nine wind farms. Europe now has a total installed offshore wind capacity of 25 GW, which corresponds to 5,402 grid-connected wind turbines across 12 countries.

With regard to offshore wind expansion in Europe, numerous ideas have been floated, but the premise remains the same – harness the North Sea’s favourable wind conditions as a source to supply clean electricity to nearby countries. In this regard, energy islands, or hubs, have been a perennial topic of discussion over the past few years. In fact, the idea of energy islands was conceptualised in 2017, when the transmission system operators (TSOs) of the Netherlands and Germany – TenneT BV and TenneT TSO GmbH, respectively, along with Denmark’s TSO Energinet.dk, proposed the North Sea Wind Power Hub (NSWPH). Since then, significant progress has been made with respect to such projects, which are also known as “hybrid offshore wind projects”. They are being considered vital for the European Union’s (EU) vision of installing 450 GW offshore wind capacity by 2050.

Such hubs comprise landing facilities in the sea (via an artificial sand island, a platform, or any other physical form) for offshore wind farms, from which energy can be transported to different countries, in the form of electrons or even after electrolysis, in the form of (hydrogen) molecules. Large-scale production of wind energy in the European waters is the basis for making the entire energy system more sustainable. Intensive cooperation between electricity companies from nearby countries is crucial to achieving a sustainable energy system, with as favourable a cost level as possible. Offshore wind hubs are being considered as largely eligible to act as central platforms for supporting the infrastructure required to transport wind energy in the most effective and efficient manner.

The NSWPH is an ambitious new approach to the challenge of integrating renewable energy. It is transnational, integrated and a progressive step to a massive build-out of offshore wind in the North Sea. This hub-and-spoke concept is able to link together the energy systems of north-west Europe in a well-planned and coordinated network, while connecting large amounts of offshore wind. The unique characteristics of the hub include being transnational, by connecting multiple countries through the hub-and-spoke concept; hybrid, by combining interconnection between countries with the connection of offshore wind; and cross-sector, by integrating different energy sectors and energy carriers.

It involves the construction of modular hubs in the North Sea with interconnectors to bordering countries and sector coupling through power-to-gas (P2G) hydrogen conversion technology. The planned and coordinated roll-out of 10-15 GW hubs with P2G facilities across the North Sea would provide energy system flexibility. It will comprise seven sub-projects for offshore wind transmission, aggregating 2,258 km of undersea cables – one link with Denmark, two with the Netherlands and three with Germany.

One of the major benefits of the NSWPH is that it will help meet the Paris Agreement goals by North Sea countries through a large-scale installation of low-carbon offshore wind capacity. In addition, a step-by-step roll-out of the concept coordinates international development of wind farm connections and interconnections to minimise the need for onshore grid reinforcement. The project is also expected to optimise the spatial efficiency of both offshore wind farms and interconnectors in the North Sea.

The NSWPH is not yet included in the last national development plans of Denmark, Germany or the Netherlands. Therefore, the additional internal, required grid reinforcements are currently still being analysed in various feasibility studies at a wider regional level. It builds on long-term system needs, also identified in the European Network of Transmission System Operators for Electricity (ENTSO-E) Regional Investment Plan in the North Sea. Owing to the strong internationally coordinated drive of this project, the concept was first addressed in ENTSO-E’s 10-year network development plan (TYNDP) 2018 process. Notably, EU-level support in the form of Project of Common Interest (PCI) status (included on the 4th list of the EU’s PCI) will enable the NSWPH consortium to apply for Connected Europe Facility (CEF) funding for studies to develop this concept further.

In September 2020, at a high-level European panel, TenneT indicated that the giant NSWPH could be built in the early 2030s. 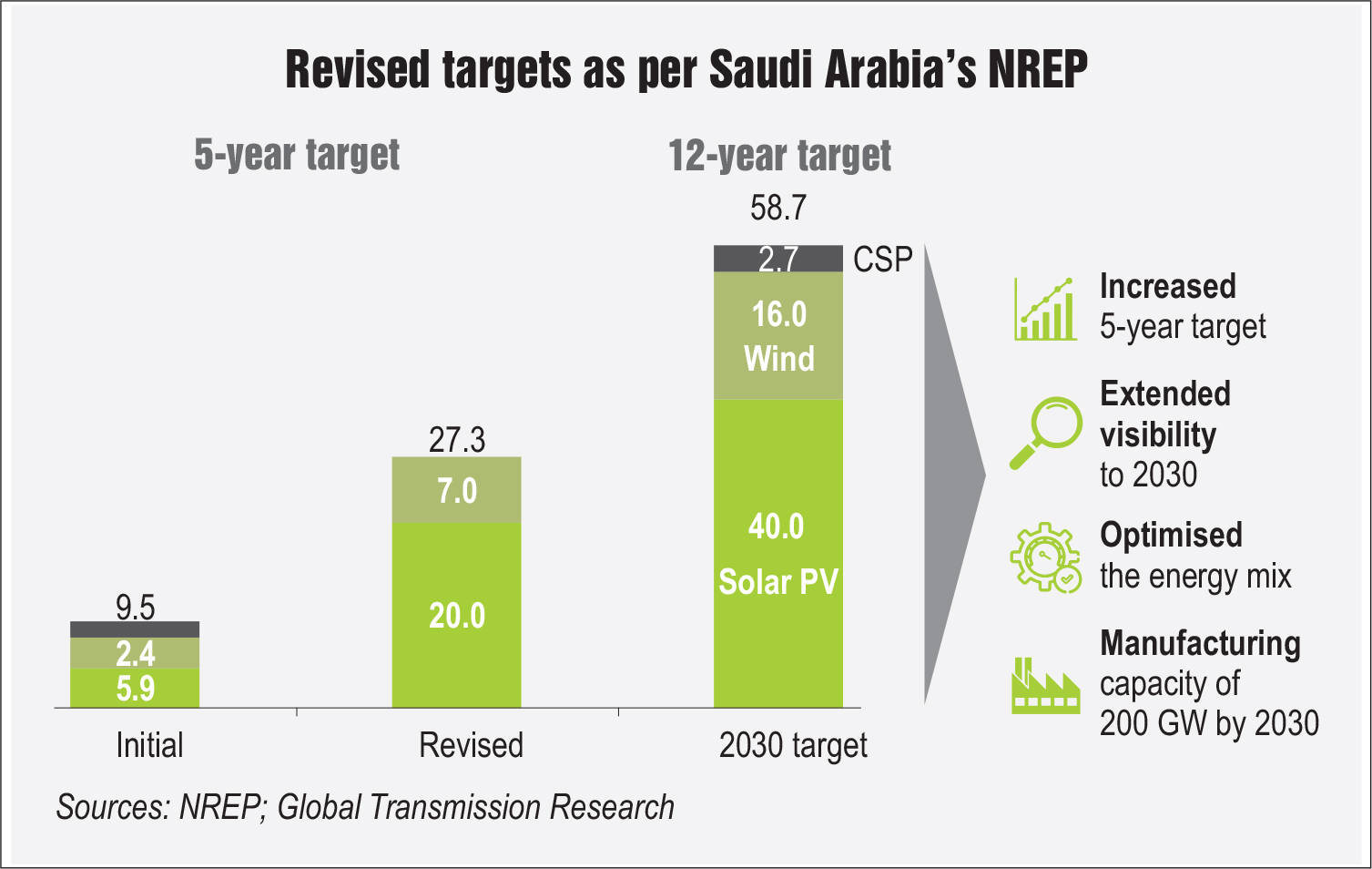 In February 2021, Denmark announced the world’s first artificial island, capable of handling 10 GW of offshore wind energy in the North Sea. The scale of the project, which will be located in waters almost 80 km off the coast of Jutland, the large peninsula that contains the Danish mainland, is massive. It will act as the transmission centre for hundreds of wind turbines surrounding it.

The initial phase of the artificial island will cover an area around the size of 18 soccer pitches. Initially, approximately 200 offshore wind turbines will send electricity to the hub, which will be capable of producing 3 GW of electricity. But the plan is to scale up to 10 GW, which is nearly one and a half times Denmark’s current needs and would be enough to power 10 million homes in Europe.

The estimated cost of building the artificial island with 10 GW of capacity and the required transmission grid is $33.97 billion. With this, it is being considered as the largest construction project in Danish history. Apart from supplying power to other European countries, the project aims to produce green hydrogen from seawater, which can also be exported. Large batteries on the island will store surplus electricity for use when demand is high.

The energy island will be based on a platform and will serve as a hub for electricity generation from surrounding offshore wind farms. The long-term ambition is to be able to store green electricity on the island, convert it to liquid green fuel and send it via subsea pipelines to Denmark and neighbouring countries. The final location of the energy island and associated areas for offshore wind farms will be decided in 2021.

The project will be developed through the public-private partnership (PPP) route between the Danish government and private companies. The former will own the majority of the island, but private companies will be crucial for the project with regard to innovation, flexibility, cost-effectiveness and business potential. Details about the ownership of the island will be specified in order for a tender for private partnerships to be opened.

The island is currently in its initial phase of development, involving the installation of approximately 200 wind turbines, with a combined capacity of 3 GW. The island is expected to be operational at full capacity by around 2033. Once fully developed, the energy island will also provide enough green fuel to all ship and aircraft refuelling in Denmark.

The power transmission system from the energy hub to Denmark will be built and owned by the TSO Energinet. The project is being considered as a potential blueprint for other coastal nations to develop their own green energy sources as it can easily be replicated in any other country.

In December 2020, Spanish utility Iberdrola announced its plans to create a Baltic energy hub, comprising a total 17 GW of offshore wind capacity in the Polish, German and Swedish waters. The proposals came after the company purchased a 50 per cent stake in the Poland-based offshore developer Sea Wind, which has a seven-project pipeline in early stages of development.

The total capacity of this hub would include the Sea Wind pipeline with 7.3 GW of projects in Poland, the Wikinger and Baltic Eagle (800 MW) wind farms in Germany and 9 GW in Sweden from the Gavle (5.1 GW) and Oxelosund (3.9 GW) cluster. The wind hub will act as the epicentre for offshore services for Iberdrola’s projects in Germany, Poland and Sweden.

Conclusion and the way forward

Offshore energy hubs with connections to more than one country will play an instrumental role in improving the penetration of offshore wind energy in the region. At the EU level, it will help in achieving long-term goals through the integration of the EU energy market, improvement of energy efficiency, and decarbonisation of the economy. However, in order to maximise the aforementioned benefits of offshore hubs, the current regulatory framework and the market design will have to be altered. Otherwise, differences in permitting and grid connection procedures across countries might end up complicating the project development process and timelines.

Santosh Singh brings over 16 years of experience in research, policy advisory and consultancy in sectors such as energy access, climate change, agriculture, rural development and sustainability in India and West Africa. After completing his […]

Acwa Power, a Saudi energy company, and the Water and Electricity Holding Company (badeel) have agreed to construct, own, and operate a 2.06 GW solar photovoltaic (PV) plant in the Makkah province of Saudi Arabia. […]