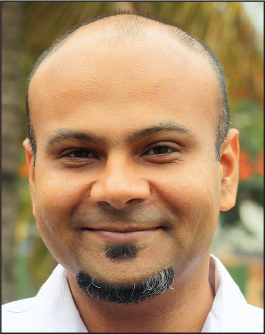 By Saptak Ghosh, Research Scientist, Center for Study of Science, Technology and Policy

India has set an ambitious rooftop solar photovoltaic target of 40 GW by 2021-22. However, with only approximately 6.8 GW installed till date, it looks increasingly difficult to reach the target in less than a year. One of the primary deterrents is the reluctance of distribution companies (discoms) to promote the rooftop solar segment. The finances of most discoms are in a beleaguered state. This is due to free power for agriculture, unmitigated aggregate technical and commercial losses, and failing cross-subsidy regimes. They fear further revenue erosion if high-paying commercial and industrial (C&I) consumers adopt rooftop solar. Moreover, grid stability is cited as a concern when it comes to large-scale rooftop solar penetration. Intermittent and fluctuating generation from such plants might cause harmonics and voltage/frequency imbalances in the grid.

This article addresses the above concerns and examines the potential of discom-based rooftop solar business models in the Indian context.

To effectively harness India’s huge rooftop solar potential (conservative estimates at approximately 125 GW), the first step is to make discoms more proactive. This is possible if revenue attrition concerns are assuaged, with quantifiable targets and regulations favouring the discom. In addition, studies are required to understand how large-scale rooftop solar penetration will impact grid stability.

In order to tackle the financial issues, implementation strategies have to be tailored for each discom to ensure that there is no adverse impact. This is feasible if any future increase in discoms’ demand is met by rooftop solar systems instead of power from other sources. Moreover, dividing the rooftop solar target across consumer categories with a focus on residential consumers will have a positive financial impact. From a technical perspective, load flow studies at the distribution transformer and feeder level need to be conducted. This will predict where the grid needs upgradation to accommodate rooftop solar growth in the near future.

Once the discoms are on board, they need to take an aggressive approach to ramp up rooftop solar adoption within their areas. Demand aggregation is an essential step in the right direction to bring down capital costs for such systems. In view of the prevalent policy regimes, discoms need to predetermine which rooftops are suitable for installations, along with the associated capacities. Evidence has shown that this is possible with the help of aerial imagery-based potential assessments and by tagging consumers to their respective rooftops. This exercise will lead to the creation of a repository of readymade detailed project reports for all consumer categories. This data room can then be used by the discom to call for a large-scale tender with predetermined capacity allocations for specific consumer categories. Developers participating in this phase will have accurate information that can be presented to consumers to make informed decisions on whether to install a system or not.

To effectively tap the historically underserved residential sector, discoms will need to develop innovative business models. The first step is to ensure the availability of finance for prospective residential consumers. Typically, a 5 kW residential rooftop solar system will not find access to low-cost or long-tenor financing options. To address this, discoms can take on the role of a financier. During the demand aggregation phase, discoms can tie up with multilateral financial institutions that have committed to funding the segment in India. These include the World Bank, the Asian Development Bank and the New Development Bank. At present, these banks extend a line of credit to domestic public sector banks such as the State Bank of India and Canara Bank, and C&I consumers have access to concessional finance through this route. Residential consumers are not yet included because the ticket size is too small while the number of tickets is high, leading to higher transaction costs.

Discoms deal with residential consumers on a monthly basis and can leverage this relationship in the form of on-bill financing. While aggregating demand and on-boarding residential consumers, discoms will be able to quantify the total amount of debt required and source it from the concerned bank. The capital subsidy available from the Ministry of New and Renewable Energy (MNRE) will also be collected by the discom. Each residential consumer will pay only the equity amount to the respective developers. Developers can recover their remaining cost, which includes the debt amount and the central subsidy, from the discom, thereby reducing risks.

Consumers can be encouraged to pay back the loan as EMI along with their electricity bill to the discom. An escrow account can be created where the bank has first access to the EMI amount, and the discom can realise the remaining bill amount. The discom can charge a marginal facilitation fee for the entire process. Despite the number of actors, minimal transactions between banks, developers and consumers is a defining strategy, and the discom needs to make only minor modifications to its billing process.

Discoms should encourage third-party investments in suitable rooftops of households with no disposable income. Since the demand aggregation process will lead to significant capacities (hundreds of megawatts) developers will not be averse to investing in kW-level systems given the scale. A tariff needs to be predetermined for this category of installations. In order to reduce the risk for the developers, discoms can alter their billing structure for these consumers and charge the consumers for solar-based generation at the aforementioned predetermined tariff, and the remaining power at standard tariff rates. Similar to the EMI scheme, the money recovered from solar-based generation is then passed on to the developer through an escrow mechanism, with the discom charging a facilitation fee.

Discoms are also in favour of gross metering, wherein there is no loss of revenue. In this case, developers sell all the electricity from a rooftop directly to the discom through a power purchase agreement. The developer then pays rent to the rooftop owner, which is linked to the generation from the rooftop solar system. While this model has been proposed for C&I consumers, it has met with criticism from cash-rich companies. However, surveys have shown that most cities have micro, small and medium enterprises as clusters with large shade-free rooftops. Typically, these businesses do not have the budget for investing in rooftop solar systems and are more focused on product improvements. Discoms can encourage third-party investors or developers to utilise these rooftop spaces. Demand aggregation of these rooftops will lead to high capacities over a small number of rooftops. Big players in the market can use this opportunity to install at GW scale and sell the power to discoms. Although the margins are lower in this case, the scale makes it lucrative for these companies. Discoms can procure power at rates lower than their average pooled power purchase cost since rooftop solar has achieved grid parity. The rooftop owners will receive additional revenue from a space that previously yielded no monetary benefits.

There are a few discoms that have relatively stronger finances and monopolies over generation, transmission and distribution. Typically, these are the private discoms in West Bengal, Gujarat, Maharashtra and New Delhi. They can invest in the rooftop solar segment and rapidly deploy systems across all consumer categories. This will

lead to faster demand aggregation because consumers are looking for cheaper electricity. The levellised cost of rooftop solar-based generation is lower than what these discoms are paying for power at present. Hence, the tariff for interested consumers can be reduced. This model prevents high-paying consumers from leaving and involves residential consumers as well. Moreover, banks will be willing to lend to these discoms due to their high credit ratings.

Initial research has shown the efficacy of rooftop solar demand aggregation along with the aforementioned discom-led business models. More discoms need to start dialogues with the MNRE and their respective state electricity regulatory commissions about taking a lead role in rooftop solar penetration. They will have to be ably supported by think tanks, research institutes and consultants for the demand aggregation exercise and grid stability studies. Banks will need to be more flexible in their lending practices and engage in a better manner with proactive discoms. Only then will this ecosystem thrive and facilitate the take-off of the rooftop solar segment at the desired pace.

15 November 2022: ReNew Power Private Limited, a subsidiary of ReNew Energy Global Plc one of the leading renewable energy companies globally, today signed the framework agreement with the Government of Egypt to set up […]

India is rushing to meet its clean power goals of 500 GW of non-fossil fuel bas­ed power capacity by 2030, with timely policy interventions and well-planned auctions, but its renewable energy growth significantly depends on […]