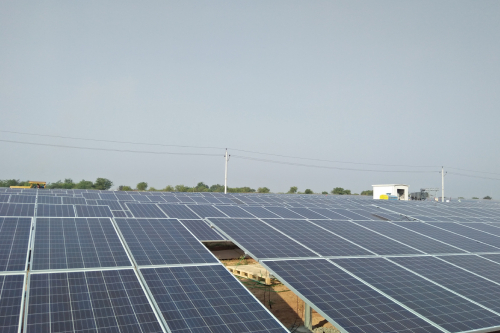 GMR Hyderabad International Airport Limited (GHIAL) has recently completed the installation of its second phase 5 MW solar power plant. It had commissioned another 5 MW solar project in 2015 for its captive use. This latest development takes GHIAL’s total solar power capacity to 10 MW.

With more than 30 thousand polycrystalline solar panels installed, the project is spread over an area of 45 acres. This newest addition to its solar capacity will help GHIAL cover 50 per cent of its total energy requirements, and thus, reduce its power offtake from the Telangana State Electricity Board by 12 million units per year. The significant reduction in power bills will in turn generating savings of about Rs 9 million per month.x

The aviation industry, which is highly carbon intensive and heavily dependent on oil and gas for flight operations, can look to reduce its carbon footprint and contribute to the achievement of the country’s clean energy targets by embracing solar power technology. Airports hold significant potential for solar power generation due to the availability of large, flat and shadow-free areas such as rooftops of terminals and hangars, car parks and buffer land around runways. The solar power generated on airport premises can complement the massive power requirement of the terminals, leading to reduced electricity bills, especially through net metering. The low gestation period, limited infrastructure requirement and shorter period for return on investment (four to five years) are some of the other factors that make a strong case for solar power generation at airports.