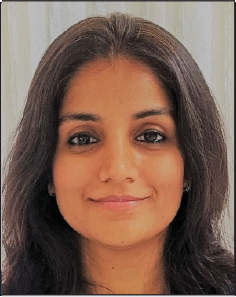 Mirunalini Chellappan is a second-generation entrepreneur. She completed her bachelor’s in electrical engineering from Anna University in Chennai and her master’s in electrical engineering with a specialisation in power electronics from Texas A&M University, USA. Her graduate studies involved an emphasis on fuel cells and renewable systems. After completing her education, Chellappan joined Numeric Power Systems as a product development engineer. She eventually moved on to head the product division and was an integral part of the company’s transition into Swelect Energy Systems, a solar power systems company established in 2012. Following this, she played a key role in setting up the IPP division of the company, which involves third-party or open access sale of energy to industries. In 2016, she began to head the HHV solar module manufacturing division. She is also involved with special projects, including those in the areas of green hydrogen and energy storage technologies.

One of the most memorable projects that Chellappan has worked on was a 15 MW solar power park developed by Swelect in 2014. It had a unique concept of having five different stakeholders, with five different metering points getting pooled into one substation. The plant was commissioned in a swift duration of 82 days and became a landmark plant in its context. A key realisation for her from this project was that there were hardly any women on the solar plant site. She, therefore, strives to pave the way for more women in the field of energy. A question she asks herself and works towards addressing is, “Having reached here, how do I send the elevator back to help other women come up as well?”

According to her, some of the key issues in the renewables’ space are challenges in land availability and power infrastructure. Further, policy and government regulations need to be more consistent; for instance, the sanctity of PPAs needs to be maintained and net metering regulations made conducive in the rooftop solar space. Quality is another major challenge.

In her spare time, Mirunalini likes to read and spend time with her daughter. A book she recommends is The Secret of Leadership by Prakash Iyer. She would eventually like to get

into organic farming. Coming from a family of farmers, she strongly believes that the future of the world lies in agriculture and taking up farming would be a good way to give back to society.