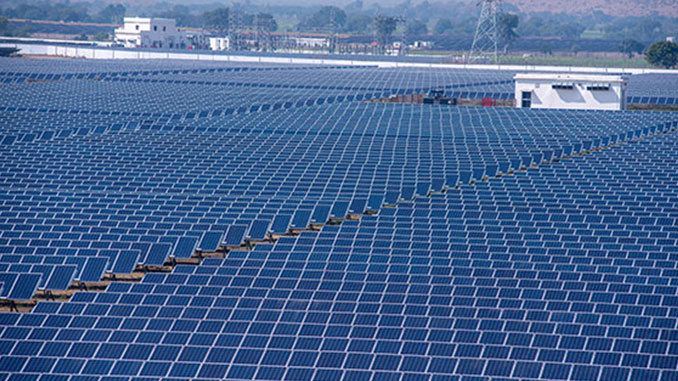 Tata Power Solar, a whollyowned subsidiary of Tata Power, has been awarded a 210 MW solar project from NTPC Limited. Tata Power Solar will carry out the EPC works for the said project which has a total order value of approximately Rs 6,860 million. The project is in Gujarat and is expected to be commissioned by November 2022. The scope of work includes land, transmission, engineering, procurement, installation, and commissioning of the solar project.

Tata Power Solar was founded in 1989 and has become a leading player in the solar EPC spaceover the years, especially in the rooftop solar segment. With this latest project addition, Tata Power Solar’s total order pipeline stands at approximately 2.8GW with an approximate value of Rs 130 billion. It has a portfolio of more than 5.4 GW of ground-mount utility-scale, over 515 MW of rooftop and distributed generation projects and installation of over 36,000 pumps across the country till date. The company has previously executed large solar projects such as the 250 MW Ayana at Ananthapur, 50 MW Kasargod at Kerala, 56 MW Greenko, 30 MWp Solar Power Plant in Lapanga, Odisha and 105 MWp of Floating solar at Kayamkulam.

In addition, the company is one of the largest solar manufacturers in India with a world-class manufacturing unit in Bangalore that has a production capacity of 1,100 MW of modules and cells. Recently, the government’s e-governance services arm Common Services Center announced a collaboration with Tata Power to set up solar-powered micro grids and water pumps in rural areas across the country. As per the partnership, Tata Power plans to set up 10,000 micro grids to support rural customers.