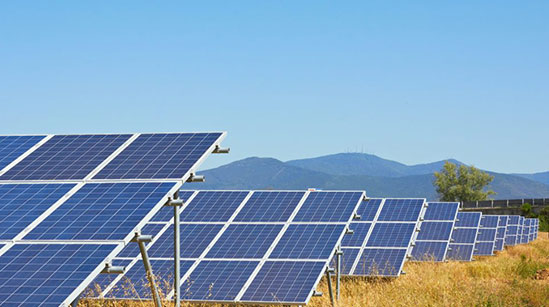 Haryana released guidelines for developing solar parks by private solar power developers without central financial assistance. These solar parks would be developed in line with the MNRE’s guidelines for solar park development. As per the guidelines, a solar power developer may submit a detailed project report and land documents to the MNRE or (Haryana Renewable Energy Development Agency)HAREDA. If approved, a no objection certificate (NOC) will be provided by HAREDA for project development. Once HAREDA gives a nod to the programme, the developer may apply for the feasibility of connecting to the Haryana Vidyut Prasaran Nigam Limited. The solar park developer should also submit the agreement to lease or the sale of a minimum of 100 per cent of the required land along with the application.The minimum capacity of such a solar park has been set at 50 MW, while the land requirement shall be a minimum of 4 acre per MW. The cost of developing a 50 MW solar park should be taken as Rs 100 million. The development of the solar park should be completed within a timeline of 24 months.

Setting up solar parks could enable the state to bring in sufficient investment from project developers, meet its RPOs and also provide employment opportunities to local population. To aid solar power development in Haryana, the state also recently released the draft ‘Haryana Solar Power Policy, 2021’. This policy has a bold emphasis on rooftop solar projects and small-scale distributed in addition to utility-scale solar projects and parks. The draft policy also aims to promote the development of solar capacitiesin the agriculture sector as well as the solarization of electrical vehicle charging stations. Solar power systems installed and commissioned during the operative period will be eligible for the benefits and incentives declared under this policy, for 25 years from their date of commissioning or for its life span, whichever is earlier. The current announcement is set to supersede the Haryana Solar Power Policy, 2016.