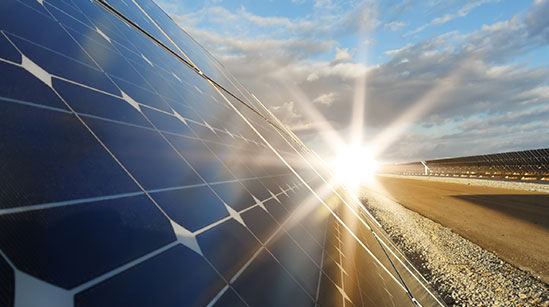 The Indian Army has installed a solar plus battery storage system in Sikkim. The project has been built at an altitude of 16,000 ft in the northern region of Sikkim. The storage component uses a vanadium-based battery technology and has a capacity of 56 KVA. The project has been developed in collaboration with Indian Institute of Technology, Mumbai. A team of faculty from the institute worked alongside the troops of the Indian Army to complete the project.

Recently, a 1 MW solar power plant was inaugurated by a Lieutenant General of the Indian Army at Jalandhar Cantonment to celebrate the occasion of Earth Day. This project uses a total of 3,176 solar panels produced domestically.The construction cost is estimated at Rs 51.6 million and the solar power project was dedicated to the Military Hospital and covers 5 acres of land. The plant is expected to produce at least 1.5 million units of electricity per year. This will help save about Rs 10 million per year to the government exchequer.

In October 2019, A solar battery house was set up in Ladakh to aid the Indian soldiers in the area. The battery house is made up of mud walls and a solar rooftop project to provide shelter. The pilot project has been designed by Sonam Wangchuk and developed by the Hyderabad-based Visaka Industries. Visaka Industries provided four solar panels for the project which can generate 1.3 kW of electricity. The solar roofing solution serves the functions of a traditional roof with 20 per cent more installed capacity than conventional solar panels in the same space. The roof can withstand heavy snowfall and can bear load up to 450 kilogram per square feet