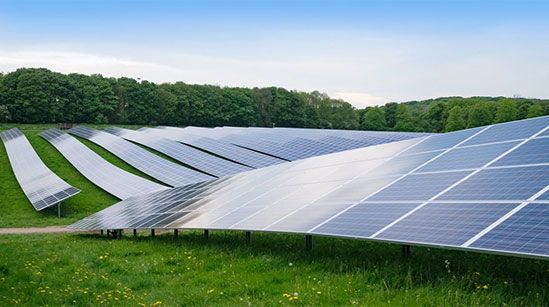 Oil and Natural Gas Corporation Limited (ONGC) has reissued the tender for the engineering, procurement, construction, installation, and commissioning of a 15 MWAC grid-connected solar power project at itsVagra site in Bharuch district, Gujarat. According to tender document, the successful bidder will have to develop the associated transmission system and will be responsible for the operations and maintenance of the solar project for a period of ten years. There is a domestic content requirement for this tender. The bid commission deadline is May 17, 2021.

A large number of public sector undertakings (PSUs) have been shifting to solar power owing to commercial considerations. Given that solar power is more economical than conventional sources of power, PSUs are setting up these projects in ground-mounted, rooftop and canal-based modes. A number of these organisations have set ambitious targets for increasing the share of solar power in their energy mix in the coming years. This opportunity is being leveraged by manufacturers as well as engineering, procurement and construction contractors to set up ground-mounted, rooftop and off-grid projects either under the government scheme or on a private basis.

ONGC has announced several solar tenders for captive power plants in the past. In January 2020, it floated a tender for the development of a 5 MW project along with seven years of operations and maintenance on its premises in Gujarat. Prior to that, in November 2019, ONGC floated a tender for the construction and installation of a 15 MW solar project at its Vagra site in Bharuch district of Gujarat (which has been re-issued now). In August 2019, ONGC Mangalore Petrochemicals, a greenfield petrochemicals project promoted by ONGC and its subsidiary, Mangalore Refinery and Petrochemicals Limited, invited bids for a grid-interactive floating solar project of 2 MW to be installed on its premises. ONGC’s renewable energy cell was constituted in 2016, but it has been using solar power applications since the 1980s with its first solar project commissioned in 2008.