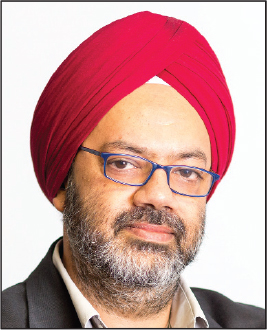 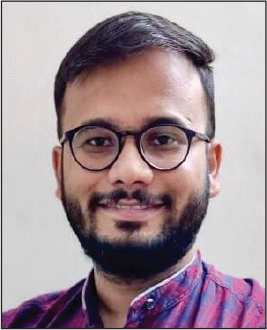 India’s ambitious renewable energy target was the focus of discussion during the United States Presidential Envoy for Climate John Kerry’s visit to India in the week of April 7, 2021. He held meetings with the Indian prime minister as well as the ministers of external affairs, finance, environment, the G20 Sherpa and many other stakeholders. He concluded the trip by thanking Prime Minister Narendra Modi for a “productive discussion”. “India has an ambitious 2030 climate agenda, having set a target of 450 GW of renewable energy. Looking for shared solutions to drive progress faster,” he said.

With COP26 on the horizon, aiming for net-zero commitments and actions on reducing emissions, the uptake of renewable energy will play an important part in the transition towards a low-carbon development pathway. The government is committed to increasing the use of clean energy sources and is already undertaking various large-scale sustainable power projects. The country initially aimed to have 175 GW of installed renewable energy capacity by 2022. In 2018, increased targets of 227 GW of renewable capacity by 2022 and 275 GW by 2027 were announced. By end February 2021, India had installed more than 92 GW of renewable energy capacity, as per Ministry of New and Renewable Energy data.

With an ever-increasing number of companies choosing to disclose through CDP, it is imperative to leverage the opportunity provided by the pandemic to transition from a grey to a green economy and join the growing league of climate leaders. In 2020, 66 companies headquartered in India reported a total electricity consumption of 140 TWh, a 48 per cent rise over the previous year. Of this, renewable energy accounted for 15 TWh, a threefold increase from the past year’s reported renewable electricity consumption. This growth in the share of renewable electricity consumption is testimony to India Inc.’s commitment to a low-carbon future. This is also emphasised by the increasing number of companies opting for voluntary corporate GHG emission reduction, renewable energy and compliance targets. Demonstrating leadership in renewable electricity sourcing, three companies, namely Dalmia Bharat Limited, Infosys Limited and Tata Motors Limited, have joined the RE100 initiative. RE100 is the global corporate renewable energy initiative bringing together hundreds of large and ambitious businesses that have committed to 100 per cent renewable electricity. Led by the Climate Group and in partnership with CDP, RE100’s mission is to accelerate change towards zero-carbon grids at scale.

The GHG emission reduction targets are popular among companies in India, and 57 companies have reported absolute, intensity, or both absolute and intensity targets. Among these, 30 companies have committed to the Science-based Targets Initiative, and their targets are in line with the latest climate science. It is a collaboration among CDP, the United Nations Global Compact, the World Resources Institute and the Worldwide Fund for Nature, and is one of the We Mean Business Coalition commitments. Companies have estimated energy-related opportunities worth Rs 317 billion ($4.5 billion), mainly in direct operations, in their disclosure in 2020. It was seen that 31 companies have implemented low-carbon-energy-related initiatives, which resulted in estimated annual carbon savings of 1.8 million tonnes and annual monetary savings of Rs 27 billion ($0.037 billion). Notably, companies from carbon-intensive hard-to-abate sectors are leading the way towards a low-carbon transition pathway, and the manufacturing and materials sectors have reported the highest renewable electricity consumption of 14 TWh.

Despite phenomenal uptake of renewable electricity by Indian corporates, they encountered challenges while sourcing renewable electricity such as variations in renewable energy policies across states. Renewable energy policies generally have a five-year control period, which is shorter than the project life. Further, the regulatory terms and framework are often amended multiple times within the project lifespan. Such situations are unfavourable as they inject uncertainty within the ecosystem, affecting the financial viability of projects. Moreover, many utility-scale solar and wind energy projects are not progressing due to the unavailability of grid infrastructure and grid curtailment.

Despite the challenges and obstructions, renewable electricity integration by Indian corporates plays an important role in advancing the national goal of shifting to a clean energy portfolio.