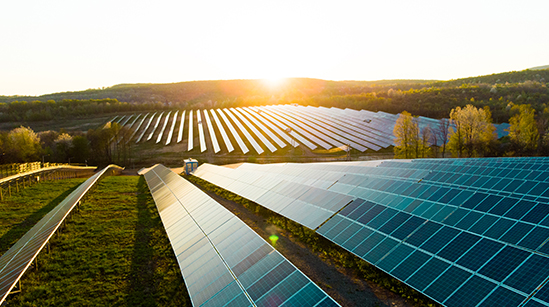 Commercial vehicle manufacturer, Ashok Leyland has announced that its 75 MWp solar plant is now operational. With this announcement, 75 per cent of its energy consumption in Tamil Nadu and 60 per cent in India will be met through renewable energy generated from the solar rooftop, solar ground-mount, and wind-based plants. The plant is located in the Sivagangai district and was developed by Hinduja Renewables Energy Private Limited (HREPL). It is set to be one of India’s largest group captive solar plants serving a single client as it is projected to generate more than 120 million units of power annually.

The construction for the plant began in May 2020.The plant is equipped with solar panels in a fixed-tilt mounting arrangement for peak energy production. Drones were used to relay back real-time information and progress. Hinduja Renewables has also brought in smart maintenance using data analytics and claims preventive and predictive maintenance systems that are set to ensure the best-in-class capacity utilization factor. The project also makes use of robotic solutions for regular cleaning of solar modules, which is estimated to save 9 million litres of water annually. Further, the project has generated 500 direct jobs in the construction phase and over 20 permanent jobs.

Both HREPL and Ashok Leylandare subsidiaries of the Mumbai-based Hinduja Group. The former is an independent power producer in the solar energy space with a portfolio of 125 MW, including 110 MW of utility-scale ground-mounted solar plants and 10 MW of rooftop solar projects.