Solar module mounting structures and tracking solutions make the foundation of solar power plants. These are crucial across all types of solar projects as they determine how firmly the system is set up and how strategically it can harness the power of the sun using the system’s position. Module mounting systems are supporting structures that hold solar panels to the ground, whereas solar trackers help the panels face the sun for longer periods and increase the irradiation received by panels. The demand for mounting structures and tracking solutions has been consistently on the rise, even in the face of a global pandemic. Their cost and quality have also assumed greater importance for developers and manufacturers.

Mounting structures have evolved over the years in terms of weight, material, adaptability and cost, making them durable so that they can withstand the weight of solar panels. They should also be able to endure high wind speeds and a range of temperatures. Module mounting structures require customisation to adapt to the topographical features and weather conditions at site. Since solar power plants are typically designed to last for about 25 years, supporting structures become a crucial factor in their long-term performance. Therefore, it is important to choose the right type of mounting structure.

Roof-mounted racks are used for rooftop solar projects. The techniques used to mount solar panels include rail mounting, where panels are attached to the rails using clasps; ballasted mounting, in which panels are directly fixed to the roof through hardware; and shared rail mounting, where two rows of panels are attached to the same rail. Another common technique is mounting solar panels on elevated structures. In an elevated structure, panels are installed at a height of 12-15 feet. This is often desirable to consumers as it does not take up the entire surface space and can also act as a shed-like structure on roofs.

Ground-mounted solar projects typically use foundation mounting structures. In this process, land is excavated to put the vertical pipes surrounded by a concrete foundation. Other types of structures are ballasted and pole mounting structures. In ground-mounted structures, pole-mounted racks are usually adjustable and allow panels to tilt up or down for maximum solar absorption. There are also tracking system-mounted racks, which can be used for solar tracking systems and solar water pumping systems. The other varieties of mounting structures, such as floating solar plants, are also coming up. These rely on a special mounting system design, which avoids contact between solar panels and the sides of the waterbody.

Larger modules built to incorporate larger solar cells are also gaining popularity in the market. This requires more developed tracking solutions. Solar tracking systems allow modules to move so that they continuously face the sun. The aim of such a system is to maximise the irradiation received by the solar array. Sturdier and flexible solar trackers that are fit to handle heavy modules can help harness the maximum amount of solar energy.

Typically, there are two types of solar trackers – single axis and dual axis. The single-axis type tracks the sun from east to west, rotating on a single point, moving in unison, by panel row or by section. Dual-axis trackers rotate on both the X and Y axes, making panels track the sun directly. Even though single-axis trackers collect less energy per unit as compared to dual-axis trackers, the former have shorter racking heights. Thus, they require less space for installation and are easier to operate and maintain.

Single-axis trackers can further be categorised as centralised and decentralised. Centralised trackers use a single motor to power a driveline between rows that move an entire segment of panels while decentralised systems have one motor per tracking row. In some cases, trackers with motors are present in each set of racking. A dual-axis solar tracker outperforms a single-axis tracker due to its ability to follow the sun’s path with accuracy. Solar tracker technologies are also being enhanced to achieve fewer parts per module to help reduce the cost and improve installation efficiency. The new variety of solar trackers can also adapt to bifacial modules to ensure a high energy yield.

The demand for solar trackers has been rising across the globe. As per a report by Data Bridge Market Research, the solar tracker market size is expected to grow at a compound annual growth rate of 33.1 per cent for the forecast period 2021-28.

Like any other critical equipment in a power plant, there are some issues that prevail in mounting structures as well. According to a study undertaken by PV Diagnostics, there are two types of structural issues – design/ installation, and operations and maintenance. These issues often arise due to faulty practices followed at the time of designing and installing a solar plant.

In the case of solar trackers, the moving parts can make the poorly manufactured components of a plant fragile. The trackers should be able to move smoothly to ensure accuracy and achieve a greater output. While solar trackers increase efficiency and reduce the manual upkeep of panels, their use remains limited due to a considerable rise in the total project cost and additional maintenance requirement.

Module mounting structures can cost up to about 10 per cent of large solar power plant and about 15 per cent of a small power plant, thus making up a significant share. Thus, the challenge lies not only in making structures sturdier to support the weight of larger panels, but also achieving this in a cost-effective manner. There is also a need for cost efficient trackers of quality. Given the rising demand for mounting structures, and falling module and inverter prices, there is continued focus on the development of a new generation of solar mounting structures and tracking solutions at an optimised cost. 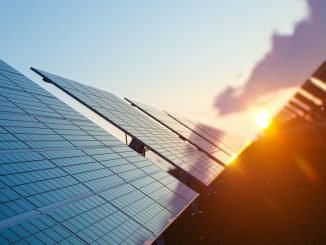 SECI is seeking bids for 1,680 MW of solar modules

June 30, 2022
The Solar Energy Corporation of India issued bids for the supply of 1,680 MWDC of solar modules. These modules are to be procured under the domestic c...
More