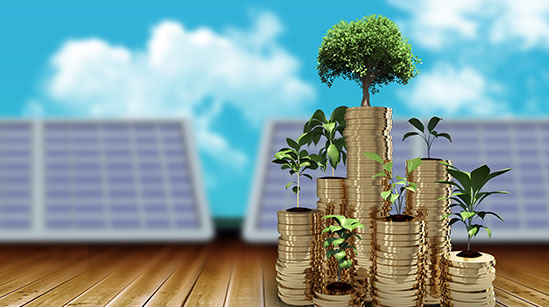 Eden Renewables India has announced financial closure for its 450 MW solar project in Rajasthan. The project raised $165 million in finance three major international banks contributing. The solar project was financed through a green limited recourse project term loan from DBS Bank Ltd, Standard Chartered Bank, and Sumitomo Mitsui Banking Corporation, Singapore. For the financing deal,  Eden Renewables was advised by Herbert Smith Freehills and L&L Partners Law Offices as legal advisors, and Chatham Financial Europe was the hedge benchmark advisor.The project is currently under construction and was awarded to Eden Renewables under an auction conducted by the Solar Energy Corporation of India. The power purchase agreement was signed in June 2019 and the project is set to be commissioned in the first half of 2021.

Eden Renewables India is a joint venture between Total Eren and EDF Renewables. It was incorporated in 2016 to build and operate solar projects in India. The company is among the top three Indian solar tender winners in the first half of 2020. As of 2021, Eden operates 207 MW of solar plants in the country. Additionally, it has 450 MW of solar capacities under construction, and over 1,600 MW under development and set to be commissioned by 2022. In October 2020, Eden won the contract for three solar projects aggregating to a capacity of 1350 MWp in Rajasthan. Of the awarded capacity, the company secured two 450 MWp projects from SECI under inter-state transmission system tranches VIII and IX, respectively, and one 450 MWp project from NHPC Limited.