The year 2020 has been abuzz with news on several fronts. The Covid-19 pandemic and the recent US elections have left the global economy very stressed. Despite this, several positive developments have taken place, especially in the field of green energy, with many renewable energy projects moving faster. Energy transition is fundamental to achieving sustainable green economic growth goals. Australia, abundant with renewable energy resources, has also upped its game to meet its climate change objectives.

A very ambitious AUD 22 billion project to transport solar power from Australia to Singapore and further into Indonesia has seen significant progress. Called the Australia-ASEAN Power Link (AAPL), this project proposes to combine the world’s largest solar farm and the largest battery storage system to produce solar energy, primarily to be transported to Singapore through a high voltage direct current subsea electricity cable.

The company developing this combined generation plus transmission project is Sun Cable (founded in 2018), and it is being backed by two of Australia’s very successful business leaders, who are also major renewable energy enthusiasts – Andrew Forest and Mike Cannon-Brookes. AAPL involves the construction of a 10 GW solar farm paired with a 22 GWh battery storage facility, over an area of 12,000 hectares near Elliott in the Northern Territory (NT) in Australia. The developers intend to tap into the incredible solar energy resource of this region, which also has particularly low daily and seasonal variability. Sun Cable will deploy prefabricated solar arrays, to be built in a proposed factory in Darwin.

So, who will eventually use the electricity produced at this solar farm? In Stage 1 of the interconnection, the developers propose to build a 750 km long, 3 GW, ±525/600 kV overhead transmission line to Darwin; two voltage source converters; and a 3,750 km long, 2.2 GW subsea electricity cable to Singapore, with approximately 106 km of it proposed for NT waters. The proposed overhead line will be located within the existing Adelaide – Darwin railway corridor. In Stage 2, the export transmission system will be extended further to Indonesia and eventually, perhaps, to the larger ASEAN power grid.

Given this scale and magnitude, the AAPL project certainly dwarfs most of the proposed large-scale renewable energy and transmission projects across the world. The developers cite technological advancements leading to falling solar power generation costs and cable costs as the main factors that make this project feasible.

The AAPL project has also received the government’s attention. It  received a significant boost after being granted major project status by the National Territory government in July 2019 and by the Australia Commonwealth Government in July 2020. This means that the government will provide extra support to the project for approvals through its Major Projects Facilitation Agency. AAPL is reportedly one of just 22 projects across all sectors to receive this status. The developers have already submitted an environmental impact statement referral to the Northern Territory Environment Protection Authority. They hope to receive all the major environmental and regulatory approvals by 2022. Sun Cable has awarded the undersea cable route survey contract to Guardian Geomatics Pty Limited.

Once complete, the AAPL project will establish Australia as an exporter of clean energy and transition it away from being a major coal and gas exporter. At the same time, the project aims to help Singapore, which currently generates about 95 per cent of its electricity from natural gas, achieve its 2030 renewable energy targets. The availability of space and good solar resources could be two big issues for Singapore, and this is where Sun Cable developers can utilise the advantage of their location over any project in Singapore.

According to Sun Cable, the proposed generation site near Darwin has an annual global horizontal irradiation (GHI) of 2,292 kWh per m2 compared to Singapore’s GHI of 1,580 kWh per m2. This means that 31 per cent more solar energy is available at the site compared to that in Singapore. The vast amount of land and the year-round availability of solar energy make the location highly suitable for the development of such a large project. Further, the export of renewable energy through the AAPL will help meet up to 20 per cent of Singapore’s electricity demand and earn about AUD 2 billion in export revenues per year.

As of now, the developers expect to begin construction by the end of 2023. Connection to the load centres in the NT is planned for 2026, with the link to Singapore to be completed by 2028.

December 2020
Singapore is a good example of a country in the process of charting its own path to a low-carbon future. The island nation is one of the world’s eig...
More 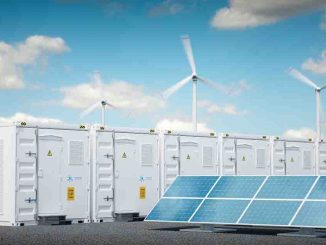 September 2019
Australia has been witnessing a transition towards clean energy sources. The country’s electricity generation is evolving from its historic reliance...
More