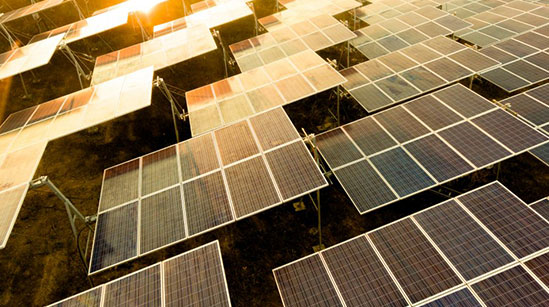 The Maharashtra Electricity Regulatory Commission (MERC) has issued an order which will allow the Maharashtra State Electricity Distribution Company Limited (MSEDCL) to float open tenders through a continuous bidding process for solar projects under the Mukhyamantri Saur Krishi Vahini Yojana (MSKVY) programme. The order follows a petition by the MSEDCL reporting a poor response for 6.5 GW of its solar tenders that were issued in the last three years. It had received bids for 1,873 MW and was able to allocate only 527 MW. The petition also attributed the poor response to the high ceiling tariff of Rs 3.30 per kWh and the low availability of cheap land. Given that the state has not met its renewable purchase obligations, the MSEDCL petitioned MERC to obtain permission for floating open tenders under the MSKVY scheme.

The MERC stated that there could be operational challenges if MSEDCL adopts the continuous bidding method. Further, the commission noted that the bidders might quote only the ceiling tariff, which could be counterproductive. The commission went on to suggest that the MSEDCL may float expressions of interest or offer land upfront to improve response.  In response, MSEDCL had proposed to float tenders of different capacities for various locations based on their agricultural load instead. MSEDCL also reported that it was working on an online portal to register and provide land parcels with tender documents. For these tenders, a ceiling tariff of Rs 3.11 per kWh was proposed by the discom.

The MSEDCL also petitioned for the revision of capacity utilisation factor for decentralised solar projects to be revised from 15 per cent to 19 per cent as prescribed by the Ministry of New and Renewable Energy. In September 2019, MERC allowed modifications in the power purchase agreements for 252 MW of solar projects which supplied power to the MSEDCL.