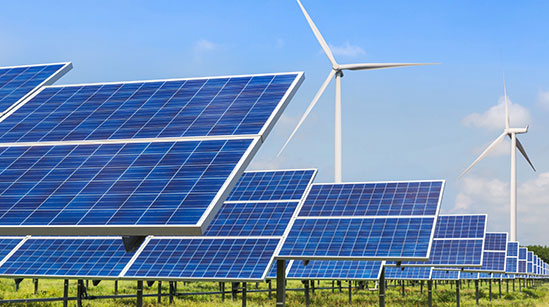 The Maha Vikas Aghadi, Maharashtra’s state cabinet has approved its ‘Unconventional Energy Generation Policy 2020’ which is to be adopted by the Department of Energy to promote renewable energy projects in the state. Under the policy, the state has set a target of developing 17,385 MW of renewable energy projects by 2025. Of the proposed capacity target, 12,930 MW will be contributed by solar power, 2,500 MW by wind energy, 1,350 MW from cogeneration projects, 380 MW from small hydro projects, 200 MW from solid waste energy, and 25 MW from new technologies. Additionally, the policy proposes the installation of 100,000 solar farm pumps every year up till 2025. The state policy also aims to provide solar power connections to 10,000 houses annually to ensure minimal power outage. The policy is expected to resolve the issue of power outages and reduce pollution in the state. An investment of Rs 750 billion is expected in the sector over the next five years.

As of September 2020, the state of Maharashtra is one of the leading states in solar power generation with about 1.6 GW of solar power projects and 1.2 GW in various stages of development. The current policy announcement comes after a few states announced large renewable capacity additions in the last two years. In October 2019, the Punjab Government announced that it would meet 21 per cent of its energy needs through renewable energy sources by 2030. The policy aims to deploy 3,000 MW of solar capacities over the next 10 years. In July 2019, the government of Andhra Pradesh, too, announced its Renewable Energy Export Policy 2020 for solar, wind, and wind-solar hybrid projects