The past decade has seen the maturing of renewable energy sources such as solar and wind, for the sector to emerge as the largest source of new capacity addition around the globe. As electric grid operators are realising that with renewables becoming the cheapest energy resource, scenarios of over 50 per cent of renewable energy are just a matter of time. This is changing the entire dynamics of how the grid is operated and the economics associated with it.

Most of the developing countries and financial institutions have started moving away from financing large thermal assets. Instead, investors are shifting to companies that are driving the growth of renewables. Companies such as NextEra, Enel, Orsted and Iberdrola are leading the global race for becoming clean energy superpowers, similar to how oil majors dominated the global energy sector for five to six decades, taking power away from the coal sector.

The emergence of e-mobility is one such major game changer, where renewable energy can play a key role in making e-mobility the source of sustainable transportation for the next century.

There has also been a major disruption in the way the country has perceived the energy sector over the past decade. The sector, though still dominated by coal (54 per cent), has seen major growth in renewables in the grid (from 10 per cent in 2010 to about 25 per cent today). Although coal remains dominant, its growth over the past decade has reduced and made way for greater penetration of renewable energy. Solar PV capacity, which was minimal in 2010, stands at over 35 GW today along with wind at over 38 GW. The growth has been phenomenal and the fall in tariffs has made both of these resources more competitive in the energy value chain. India’s commitment to the Paris Agreement and its vision to achieve 175 GW of renewable capacity by 2022 and 450 GW by 2030 have further propelled growth in the renewable energy sector.

Going forward, the growth in renewables will not be as smooth as it has been so far. The key reasons for this are constraints such as evacuation, price, land, right of way and a strict deviation scheduling mechanism. Therefore, to make the growth sustainable, renewables need an enabler to maintain and accelerate the transition. This can be provided by the storage of energy, which will make renewables reliable, help in better utilisation of resources and optimise network capacity for transmission and distribution. Battery storage is one domain that has gained prominence here. With a price decline of around 90 per cent between 2010 and 2020, lithium-ion batteries are now posing tough competition to many other conventional technologies. A lot of research into other forms of energy storage is targeting applications such as long-duration energy storage that could be essential for continuing the growth beyond 2030. Being at the early stage of the technology life cycle, the benefits that storage technologies offer are better discoveries and scaling up of manufacturing, leading to performance enhancement and cost reduction almost every day.

In October 2020, the Ministry of New and Renewable Energy (MNRE) released guidelines for a Tariff Based Competitive Bidding Process for Procurement of Power from Grid-connected Wind Solar Hybrid Projects. The India Energy Storage Alliance (IESA) anticipates that out of over 70 GW of renewable energy tenders that will get released in the next two years, we will witness a growing share of storage. The path is already laid by the two Solar Energy Corporation of India tenders for renewables plus storage as peak power and round-the-clock renewable energy tenders. Both these tenders, which are expected to see projects getting commissioned by 2022, could witness GWh-scale storage deployment in India and put the country on the global map for energy storage deployments.

The IESA has been releasing annual market assessments for the energy storage sector since 2014. The latest market projections show a potential of more than 250 GWh for stationary storage and over 150 GWh for storage in the e-mobility segment between 2020 and 2027.

The IESA anticipates that stationary storage growth in India will be driven by consumers and will feature more than 70 per cent of the market as behind the meter. The renewables plus storage segment has not just reached parity with peak grid tariffs but is actually cheaper than the regular rates being charged to commercial and industrial customers across the country. Thus, the only challenge that needs to be overcome is financing and capacity building. The key issues for financing relate to technology and design (this happened with solar as operational history was not available and lenders were wary of giving money till solar achieved volume). The bankability of power purchase agreements (PPAs) is another reason, along with asset life mismatch. Financing for storage will become easier with revenue stacking being available with changes in the regulatory and policy frameworks. Many international finance agencies such as the Climate Impact Fund, the World Bank, the Asian Infrastructure Investment Bank, and the Asian Development Bank are actively working in this area.

The IESA anticipates the launch of a $500 million-plus financing fund for supporting accelerated deployment of energy storage systems in India, similar to the funds created to support solar deployment in the past five years. The World Bank is undertaking an analysis across the generation, transmission and distribution segments to see where storage makes the biggest sense in India. It is also working with the Ministry of Power on the opening of an ancillary market.

One challenging area for renewables plus storage deployment in India is transmission and distribution. This sector is dominated by public sector entities, which have their own challenges in terms of financials. A concerted effort is also needed to bring the state regulatory commissions up to speed with global trends and address any concerns they have in enabling the rapid adoption of storage and renewables.

The main applications for storage for discoms at present are demand-side management and peak management, along with distribution transformer upgrade deferment and reactive power penalty.

While there is a lot of focus on capex reductions of storage, there are other performance parameters that can also enable the deployment of storage for different use cases. Battery energy storage solutions need to innovate on space management as space is a big issue in urban cities such as Delhi and especially Mumbai. Thus, when we talk about making battery energy storage solutions more distributed than centralised, we need more innovation in bringing about space saving. Similarly, work is being done on high-temperature-tolerant batteries and batteries with longer life cycles. This is an area where flow batteries have considerable advantage and can find a niche for longer-duration applications.

The IESA has outlined a vision for India to become a global hub for research and development, manufacturing and adoption of innovative energy storage technologies. Since 2016, the IESA has led advocacy efforts to support domestic manufacturing. These efforts have resulted in the creation of a National Program for Advanced Chemistry Cell Battery Manufacturing, which received cabinet approval in November 2020. With this, India is expected to attract investment in three to five giga-factories for advanced lithium-ion batteries, attracting $3 billion-$5 billion in investments over the next three years. The incentive programme also provides benefits for the domestic supply chain and recycling industry. The first set of giga-factories is expected to become operational by 2023 and will have time till 2026 to scale up to full production capacity.

With all these exciting developments and industry trends, we are poised for not just a few exciting projects, but for a decade of accelerated growth for advanced energy storage technologies. Exactly which technologies emerge as winners will be determined by the market. It is amazing to see the pace of innovation in technology as well as business models. So, let us join hands and build a new sustainable industry. 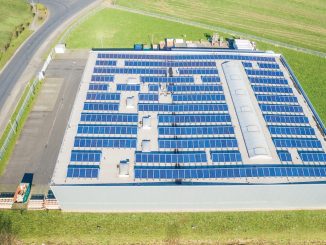 March 5, 2017
Net metering was introduced in India to provide a boost to the solar rooftop segment. The mechanism allows for a two-way flow of power, wherein the co...
More