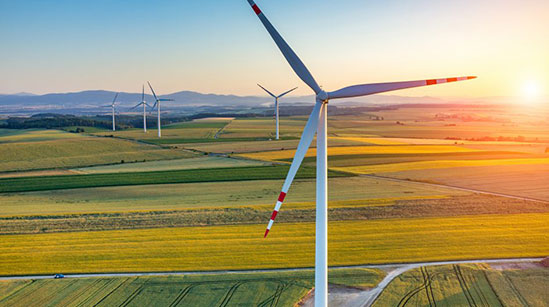 GE renewable energy will supply 121 sets of wind turbines for SB energy’s 324.4 MW wind project in Madhya Pradesh. SB energy, a subsidiary of Japan’s SoftBank Group selected GE energy to install and commission the specified quantity of wind turbines for its 2.7-132 onshore wind turbines as a part of the projects. The supplier is set to design components at its technology centre in south Karnataka. The blades will be manufactured in its plans in north-west Gujarat and the assembly of the turbines will be at the company’s multi-modal manufacturing facility at west Maharashtra. With only five wind projects having higher capacities, the wind farm located at Pritam Nagar represents one of the largest onshore wind plants that have been proposed in India.

SB energy was awarded the project under the tranche-VI of inter-state transmission system-connected (ISTS) wind projects by the Solar Energy Corporation of India. The auction was for a total of 1.2 GW of ISTS-connected wind energy projects. The lowest tariff quoted at the auction was Rs 2.82 per kWh by Ostro Energy, Adani Renwables, Srijan Energy Systems and Powerica Limited for 750 MW of the auctioned capacity. SB energy had quoted a tariff of Rs 2.83 per kWh for 600 MW but was allotted only 324.4 MW due to the bucket filling method rules of the auction. In the preceding auction, the lowest tariff quoted was Rs 2.76 per kwH but due to a shortage in available site and restricted government support in land procurement, the quoted wind tariffs have increased. The tariff cap for the tender was set by SECI at Rs 2.85 per kWh.