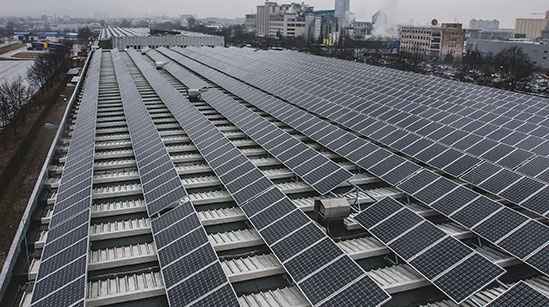 EDEN Renewables India, a joint venture (JV) between EDF renewables and Total Eren, won the contract for three solar projects aggregating to a capacity of 1350 MWp in Rajasthan. Of the awarded capacity, the company secured two 450 MWp projects from Solar Energy Corporation of India (SECI) under ISTS tranches VIII and IX, respectively and one 450 MWp project from National Hydro Power Corporation (NHPC). A 25-year purchase power agreement (PPA) was also signed for the tender awarded by NHPC in August 2020. The construction of the three projects is set to begin during the first half of 2021 and are scheduled to be commissioned in 2022.The projects are also expected to generate over 2.3 TWh of clean energy annually.

EDEN Renewables India was founded in 2016 to build and operate solar projects across India. As of 2020, the JV has 207 MWp operating solar plants as well as 1600 MWp under development and due to commission in 2022. The three projects in Rajasthan aim to meet the annual electricity demands of about 2 million people in India. This announcement comes after the company signed PPAs for four solar projects with an aggregate capacity of 716 MWp in 2019. The JV aims to increase its installed capacity to 2200 MWp by 2022 and help meet India’s commitment at COP 21 of 40 per cent non-fossil fuel generation by 2030.