India’s national capital generates a staggering 8,700 tonnes of waste daily. The majority of the waste is sent to the three waste dumping sites in the city – Bhalswa, Ghazipur and Okhla. While the height of the Ghazipur dump crossed 65 metres (just 8 metres short of the Qutub Minar) in 2019, the Bhalswa and Okhla dumps have also been exhausted. However, with no other place to dump the garbage, the untreated waste is still being disposed of in these landfills, leading to serious consequences for the environment as well as the residents nearby. The frequent instances of landfill fires spewing toxic gases at these dump sites contribute to the deteriorating air quality in Delhi. Moreover, there is a risk of groundwater contamination in nearby areas and waste leakage into the Yamuna. In view of these concerns, the city authorities have been implementing waste-to-energy (WtE) projects to tackle the growing waste menace. Three such projects have already been installed, at Timarpur-Okhla, Ghazipur and Narela-Bawana.

Apart from these operational projects, a 15 MW WtE project is being set up at Bhalswa by the Essel Group on a PPP model. Meanwhile, there are plans to expand the capacity of the Timarpur-Okhla plant from 16 MW to 40 MW. Further, Indian Oil Corporation Limited (IOCL), NTPC and the South Delhi Municipal Corporation (SDMC) have signed an MoU for developing a WtE plant at the SDMC’s landfill site in Okhla. Under the MoU, the land will be leased by the SDMC, while IOCL and NTPC will provide 50 per cent of the capital and operating costs each. The plant will deploy plasma gasification technology to process 50 tonnes per day of RDF and generate power.

According to a study conducted by the Shriram Institute for Industrial Research in 2017, 55-60 per cent of Delhi’s MSW is biodegradable. Moreover, with a maximum calorific value of 1,324 kCal per kg, it is not suitable for self-sustaining combustion. Thus, the waste being burned in these WtE plants generates toxic emissions. Further, these projects have been reported to generate a huge quantity of bottom ash and fly ash due to unburnt waste, which again has to be dumped in landfills.

However, the fact remains that for handling the massive quantum of waste generated in Delhi, WtE remains the only option as recycling alone would not solve the problem. Along with recycling, segregation of waste at source should be promoted to ensure easy handling at the WtE facility. Moreover, efficient and more environment-friendly technologies should be adopted. Even the operational facilities should be retrofitted so as to avoid harmful emissions. Since these projects are mostly bid out on a PPP basis, penalties can be included and linked with emission control. The key is for government agencies to continuously monitor these projects and ensure transparency in data.

Overall, WtE can prove to be an effective, long-term solution for handling Delhi’s mountains of waste, provided the necessary environmental concerns are duly addressed. 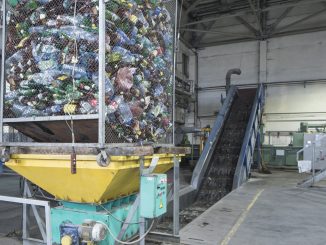 April 24, 2018
The introduction of the Swachh Bharat Mission in October 2014 has resulted in an increased focus on the cleanliness of streets and roads and the manag...
More

April 23, 2018
India has tremendous potential for producing energy from municipal solid waste (MSW) and the residue obtained from agriculture, and the processing and...
More 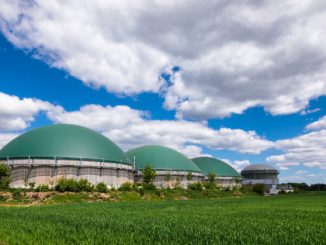 What Goes Around Comes Around
The circular advantage of CBG

May 19, 2022
The world is changing and so is the way of business. Today, companies no more just look at squeezing costs, driving volumes and tapping resources. Ins...
More