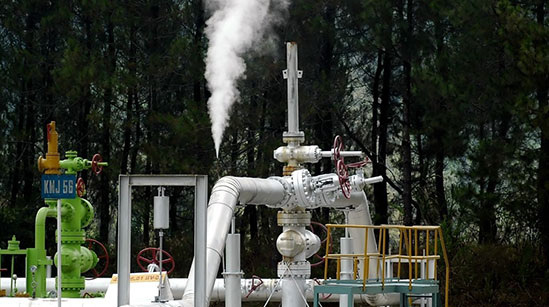 Wadia Institute of Himalayan Geology (WIHG), an autonomous institute under the Department of Science and Technology (DST),government of India, have identified around 40 hot springs in Uttarakhand and 35 in Himachal Pradesh from which geothermal energy can be tapped and used to generate electricity. According to the research institute, each of these springs could generate up to 5MW of electricity. However, only around 50 per cent of the identified hot springs have electricity generation capability. In a move to tap this geothermal potential, WIHG signed an MoU with private firm, Jaydevm Energies Private Limited, for the development of a 5MW geothermal energy plant at Tapovan hot springs in Rishikesh, where the water temperatures arearound 89 to 90 degrees Celsius. The project is estimated to cost Rs 1.35 billion.

The Geological Survey of India identified 340 hot springs in the country with a high variance of temperatures of which the springs in the Himalayan geothermal province had the highest surface temperatures indicating high potential. The DST has also reported that there are around 600 geothermal springs in the Himalayan region. As per WIHG’s research,  the hot springs also have a significant discharge of carbon dioxide rich water. To combat this, the infrastructure at the Tapovan project will be in the form of a tube-well where hot water that is released would be mixed with another substance with a lesser boiling point so as to produce steam. WIHG reports that such an initiative will assure minimal carbon emissions.