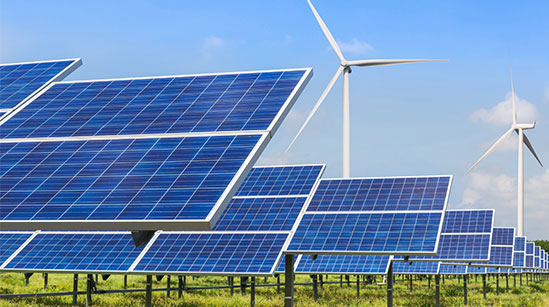 According to a report by Ember, a London-based energy think-tank, the share of wind and solar generation in India increased from 3 per cent of total power generation in 2015 to 10 per cent in the first half of 2020. Meanwhile, the share of coal power fell from 77 per cent to 68 per cent during the same period.

As per the report, wind and solar generation grew by 13 per cent in the first half of 2020 compared to the same period last year, in comparison to 14 per cent growth globally. While wind and solar generated 9.7 per cent of India’s electricity needs, the sources contributed a similar share of 9.8 per cent globally. The report titled ‘Wind and solar now generate one-tenth of global electricity’ details that India’s coal generation fell 14 per cent in the first six months of 2020 compared to the same period last year.It further stated that for the first time, the world’s coal fleet ran at less than half of its capacity this year. The data was revealed in a new half-year analysis issued by Ember. It aggregated national electricity generation for 48 countries making up 83 percent of global electricity production.