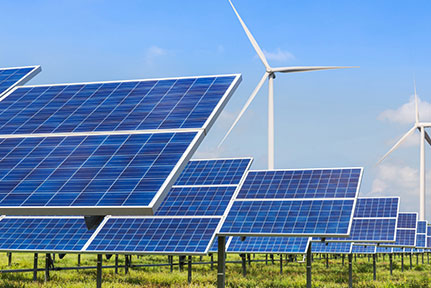 In an effort to move forward on the course of renewable energy capacity addition, the Maharashtra government will give single-window clearance to renewable energy projects. This decision was announced during a virtual meeting of the Indo-French Chamber of Commerce. The state government plans to implement solar power projects to reduce the dependency on thermal power. For this purpose, infertile land, plots of state-owned power companies, uncultivated government land will be used under green energy programmes. The large-scale solar power projects of Gujarat and Rajasthan will be studied by the state agencies to form a framework for its upcoming solar policy and single-window clearance system.

Maharashtra has scaled up its efforts to install solar power projects in order to meet its renewable purchase obligations, an area in which it has continuously defaulted. It has also been issuing tenders for procuring solar power through intra-state grid-connected projects.

In November 2019, the state floated a tender to develop 500 MW of intra-state solar power projects (Phase IV). More recently, in June 2020,Tata Power Renewable Energy Limited, the renewable arm of Tata Power, has received a letter of award from Maharashtra State Electricity Distribution Company Limited for the development of a 100 MW solar power project to be located in Maharashtra.