After the upheaval caused by the coronavirus pandemic in the past few months, the solar industry is struggling to get back on track. Supply chain disruptions and constrained labour supply have made project implementation a daunting task. Further, the increase in working capital has accelerated the shift towards domestic manufacturing. At a recent Renewable Watch conference on “Solar Power in India”, senior industry representatives discussed the changing environment, strategies for recovery and the way forward for the industry. Excerpts… 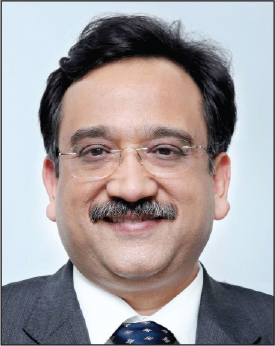 Fortum has around 500 MW of operational solar plants while 250 MW of capacity is under construction. We also have an upcoming bioethanol refinery. However, we do not have wind power capacity.

Due to the pandemic, the discussion around the safeguard duty levied on modules has been pushed by more than three months. The regulatory commission should address the matter of safeguard duties and avoid delays since it is resulting in higher expenditure for the operating plants. For plants under construction, the extension period of 98 days may not be enough as it may take several months for supply chains to be restored properly. Further, labour availability as well as moving labour to project sites is a huge challenge. Since some project sites are in remote areas, access to them is difficult, especially due to opposition from local villagers denying workers entry in the area. Larger projects require a large workforce on field, which may increase the risk of Covid-19 spread. The workers are organised into labour colonies. If some workers in a colony are tested positive for coronavirus, the entire colony is quarantined.

One of the issues that solar developers are dealing with is with respect to basic customs duty. The developers have not received the money for safeguard duties that was allowed under the change of law. Further, the physical inspection of all imported modules at ports may increase the risk of damage. Uncertainty in today’s situation also remains a major challenge, which needs to be addressed to benefit all stakeholders. The government policy or regulations around safeguard duties, basic customs duties and the Approved List of Models and Manufacturers (ALMM) have been uncertain. With respect to the ALMM, the Ministry of New and Renewable Energy (MNRE) has recently issued a clarification.

Meanwhile, the pricing of the upcoming solar projects has not taken into account the risks and unforeseen events that may come up. Thus, working capital becomes an issue for developers. Moving forward, we can expect the market to recover and for tariffs to be market-driven. The government has been listening to the developers’ issues and helping resolve them. 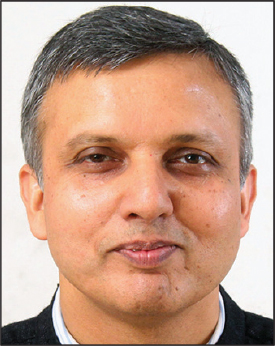 NTPC has an operational renewable capacity of over 1 GW and we have about 2.5 GW in the pipeline. The recently discovered tariffs, especially the lowest tariff discovered under SECI’s ISTS bid, show that the cost of power to the consumer is going down.

While the demand fell immediately when the lockdown was imposed, it has now started to rise again. This implies that more power is being purchased, and thus more cash is expected to be pumped into the system. The unemployment rate has also started declining and reverse migration trains from Jharkhand and Bihar are running full. However, operational and under-construction projects continue to face issues. In addition to restrictions on labour and movement at sites, there are supply chain issues. For instance, the work on our floating solar projects in Telangana has been stalled. We have not been able to start production since the specialist labour and some of the machine equipment has not been able to reach the destination. A lot of this equipment was to be sourced from Mumbai, which has been highly affected by the pandemic. Even though the MNRE has given extensions, we are yet to see how the ground reality plays out. It may take several months to overcome the hurdles created by the pandemic.

I would like to give some suggestions that can benefit the solar power sector in India. One, the solar market should be liberated so that the focus is not only on floating tenders and signing power purchase agreements (PPAs). The developers should be able to operate more in the exchange market and therefore suitable guidelines should be put in place. There may be some risks in the exchange market, but on the whole it can be beneficial. A lot of power is traded on the exchange market in many countries and I think the same can be practised in the renewables sector in India. Two, the excess variable renewable power should be utilised for the generation of hydrogen, green ammonia, green methanol, green chemicals, etc. For this, a proper roadmap is required. 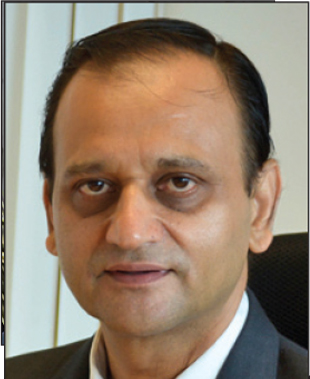 As a developer, Tata Power has 2.65 GW of operational capacity, of which 1.1 GW is wind power while solar makes up the remaining 1.55 GW. There is also 0.75 GW of solar capacity in the pipeline. As an EPC provider, we have about 2.6 GW of projects. Besides, we have 300 MW of cell and 400 MW of module manufacturing capacity. We hope to double this capacity by the end of the next quarter. The impact of Covid-19 in the short term has been greater than what we anticipated. The biggest impact in the short run has been on logistics. Shipping lines from other countries and port activity have also been disrupted. Plans of executing work at site require ramping up of the workforce, which is being affected. The construction of projects has been difficult due to various restrictions, such as limited availability of labour and rise in the cost of raw material. The working capital is also bound to increase with an extended project timeline.

Moreover, the manufacturing of wafers is power intensive. The countries with which we will compete have subsidised electricity. My suggestion is that developers like us who are also into manufacturing should be allowed to use the power that we generate. This, however, may not be allowed by the state governments. My second suggestion is that the central government or PSUs like NTPC Limited should set up wafer capacity in the country. This will help reduce our dependence on wafer imports. Broadly, in India, there is a module capacity of 10 GW, which can be scaled up easily as it does not require heavy investments. The actual cell manufacturing capacity is much less at around 2 GW. The manufacturing capacity of wafers and ingots is nil.

The second challenge is that solar manufacturing requires technology upgrades every three years which helps in the reduction of costs. Therefore, you need to get returns on the research and development investments in three years rather than over a 20 year period. For Tata Solar, it is possible to increase our manufacturing capacity very easily to 2-4 GW, but the lack of offtake guarantee prevents us from doing it. Unless these two issues are addressed, Make in India for solar manufacturing will not be successful.

I would also like to highlight the challenges that renewable energy developers are facing. One, the roadmap for the evacuation of renewables is not aligned with the roadmap for capacity addition. In the past, there has been haziness in policy regarding the extension of the ISTS charges waiver, leading to different assumptions regarding these charges. Furthermore, the SECI denies any responsibility regarding evacuation. The time factor of the delay in evacuation is passed on but not the cost factor.

Another challenge is that sometimes we are not able to operate our existing wind plants during the wind season when wind speeds are high and we can  earn a significant share of our revenues. In some states like Tamil Nadu we are not able to sell the wind power due to technical breakdowns. This puts the developers in a helpless position as similar wind speeds may not be available after three months. 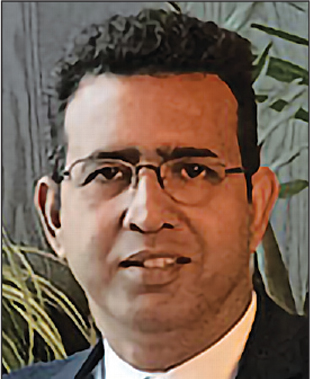 O2 Power is a new company set up only six months ago. So far, it has won only one bid for a 380 MW solar project. We have raised a funding of $500 million, which is good enough to undertake projects of 3.5-4 GW. We are open to developing both wind and solar power projects. There were not many bids held in the initial few months of the Covid-19 period. Thus, there has been a pent-up demand, which is now likely to drive new projects. When the lockdown was on, there was no first-round submission. We have been waiting for the past four months for the bids to happen, but tendering activity was slow during this time. Covid-19 has had a huge impact on the cash flows of IPPs, especially due to delayed payments. Andhra Pradesh, Telangana, Tamil Nadu, Rajasthan and Karnataka are some of the states where payments have been an issue.

Modules are the most important component of solar projects. Currently, there is uncertainty around the ALMM and whether it will register non-domestic module manufacturers. The ministry has issued a clarification, but some other uncertainties still remain. If only domestically manufactured products are to be used, the industry will require some restructuring. This transition will be a challenge. On the inverter front, there are very few domestic solar inverter manufacturers and most of the string inverters used in projects are Chinese. Shifting away from non-domestic inverters will also be a difficult task.

Going forward, my suggestion will be that distribution companies should calculate the offtake requirement and then the bid should be carried out. Currently, this is not happening as the letters of award have been given but the PPAs have not been signed with developers. Also, going forward, we need to reconsider the need for the ALMM as it causes unnecessary bureaucratic delays at times and investors are careful about quality.

Sprng Energy has a portfolio of 1.75 GW, consisting of both wind and solar power projects in almost equal proportions. Of this, 650 MW is already operational, while 1.2 GW should be operational by the end of this financial year. We plan to add another 500-700 MW to reach around 2.5 GW over the next couple of years.

Overall, there is a large demand-supply mismatch globally, which is going to impact investments in the solar power space over the next two years. Project tariffs have been low since the module price has reduced and greater panel efficiencies are being realised. In the context of Covid-19, we have been fortunate enough to have received regular payments for our operational capacity. However, our projects that are currently under construction have been impacted. One of our wind assets in Tamil Nadu has been particularly affected due to time delays and labour shortage. Even though the MNRE has given extensions due to the pandemic, meeting the timeline set by Powergrid is still a challenge. There are very few Indian players in the manufacturing space, especially for solar inverters. While we are dependent on China for wafers, we have some domestic module manufacturing capacity now coming up. However, this capacity may not be sufficient to meet the Indian demand and we may thus have to be dependent on imports for the next few years.