Gauramwala, a village in Maharashtra, India had a severe water crisis. A solitary handpump was the only source of water for this village hamlet of 80 families, consisting of 250 people. Each day, women and children had to wake up at 2 am to pump water for their daily water needs. If they didn’t pump the water each day, it meant that they had to go without this precious resource. So, this meant that most of their day was spent around the handpump. In case the handpump malfunctioned, the villagers had to walk for around 3 – 4 kms to reach the nearest available water source. This dire situation affected the hygiene, sanitation and health of the villagers. 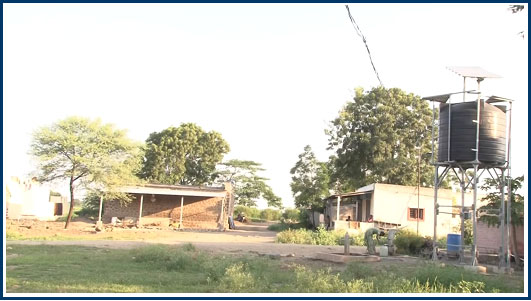 On the 6th of May, 2009, the village of Guaramwala woke up to an unusual sound – or a lack of it. There was no noise from the creaking handpump. Instead the villagers were greeted by water that was gushing out of the pump, even though nobody was physically pumping it.

Grundfos, the world leader in advanced pump technology had collaborated with Span Pumps, a system integrator of solar solutions, to bring water to the village of Guaramwala. A team of engineers from Span Pumps and Grundfos had conducted a detailed study of the village, its water situation, topography and the needs of the villagers.

After several brainstorming sessions and discussions, the team zeroed in on one solution – Grundfos SQF 2.5-2 pump system with an input power of 675 Wp, producing 10,000 LPD @ 60m head. This is an environment-friendly solution that operates on solar, wind and battery power. The SQ Flex was fixed in the same bore as the handpump and an overhead tank was also installed to collect and store the water. The solar panels well installed above the tank, to ensure its safety. Then a stand post with four tap points was provided for water collection, which was now available all through the day. Each house was subsequently provided a tap point to bring the water directly to their homes. 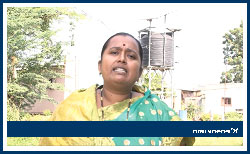 “Ever since the Grundfos SQ Flex solar pump was installed, our entire village has been transformed. The pump has been working flawlessly and we have witnessed unlimited water supply. The massive 10 ft high 5,000 litres tank now supplies water to the entire village. People have drawn a connection right up to their homes. With continuous water supply the women in the village now have the time to keep their homes and surroundings clean. Now every house also has a toilet and water connection to keep it clean. The Grundfos SQ Flex system brought in so much change that women are now able to work in the fields. Thereby increasing productivity and our economic conditions, leading to a better quality of life.” said, Vidyaramedh Bhujg, Village Head, Guaramwala, Maharashtra. 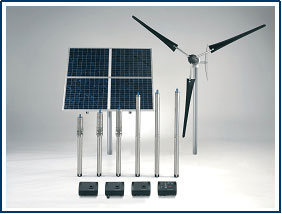 The Grundfos SQ Flex installation is a shining example of socio-economic transformation employing a community-engaged model in the village of Guaramwala. The system has improved the overall sanitation and hygiene and the water borne diseases have dwindled drastically in the village.