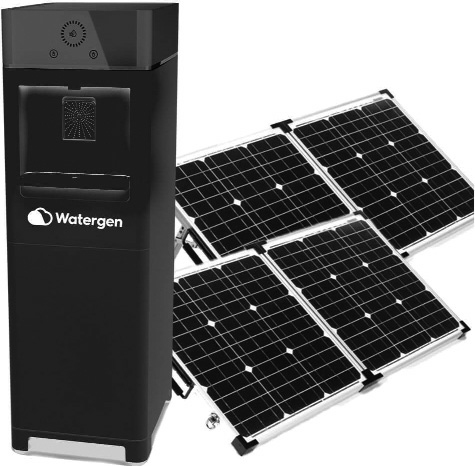 Water technology company, Watergen has recently launched the solar-powered GENNY, a new version of its moisture-based water provider. The existing GENNY uses a dehumidifier-like technology to suck moisture from the air and convert it into clean, cool and drinkable water. Thus, it requires a wall outlet to function as most other water coolers do. The new GENNY, however, eliminates this requirement owing to its array of four massive solar panels. Although it functions the same as the existing GENNY, the new version can power itself when set up outside without plugs or plumbing. The new product is ideal for remote locations, rural villages, parks and green residential premises, where the electricity supply is unreliable or unavailable. While the standard GENNY can produce eight gallons of drinkable water per day, the solar GENNY is less powerful and is able to generate only up to 3.5 gallons of water per day. However, it could be invaluable to the many remote and water-stressed locations in India’s arid regions.