Since the expected life cycle of a solar power plant spans about a quarter of a century, the durability of solar panels is extremely important. The quality of panels and all other components in a solar power plant directly impacts the cost of energy, revenues and return on investment for project developers and operators. Quality control, therefore, is crucial to generate the best output from a solar power plant. While manufacturers are moving towards the adoption of new technologies, the lack of technology standards makes critical decision-making difficult.

Amid declining tariffs, shrinking profit margins and intense competition, there is a need to ensure that the product quality is not compromised. Cutting corners to save costs severely hampers power generation. For developers, while such products may be cheaper in the short run, they are detrimental to the overall project health. Thus, proper standards need to be put in place.

In light of the deteriorating quality of solar plants, the role of the Bureau of Indian Standards (BIS) has become important. Equipment manufacturers and project developers that take quality concerns seriously will adhere to the BIS standards. The BIS has for long published standards for the power sector. The Electrotechnical Division Council (ETDC) under the BIS is responsible for formulating the standards in the field of generation, transmission and distribution of power. It also publishes standards for equipment, insulating materials, winding wires, measuring and process control instruments, and primary and secondary batteries. 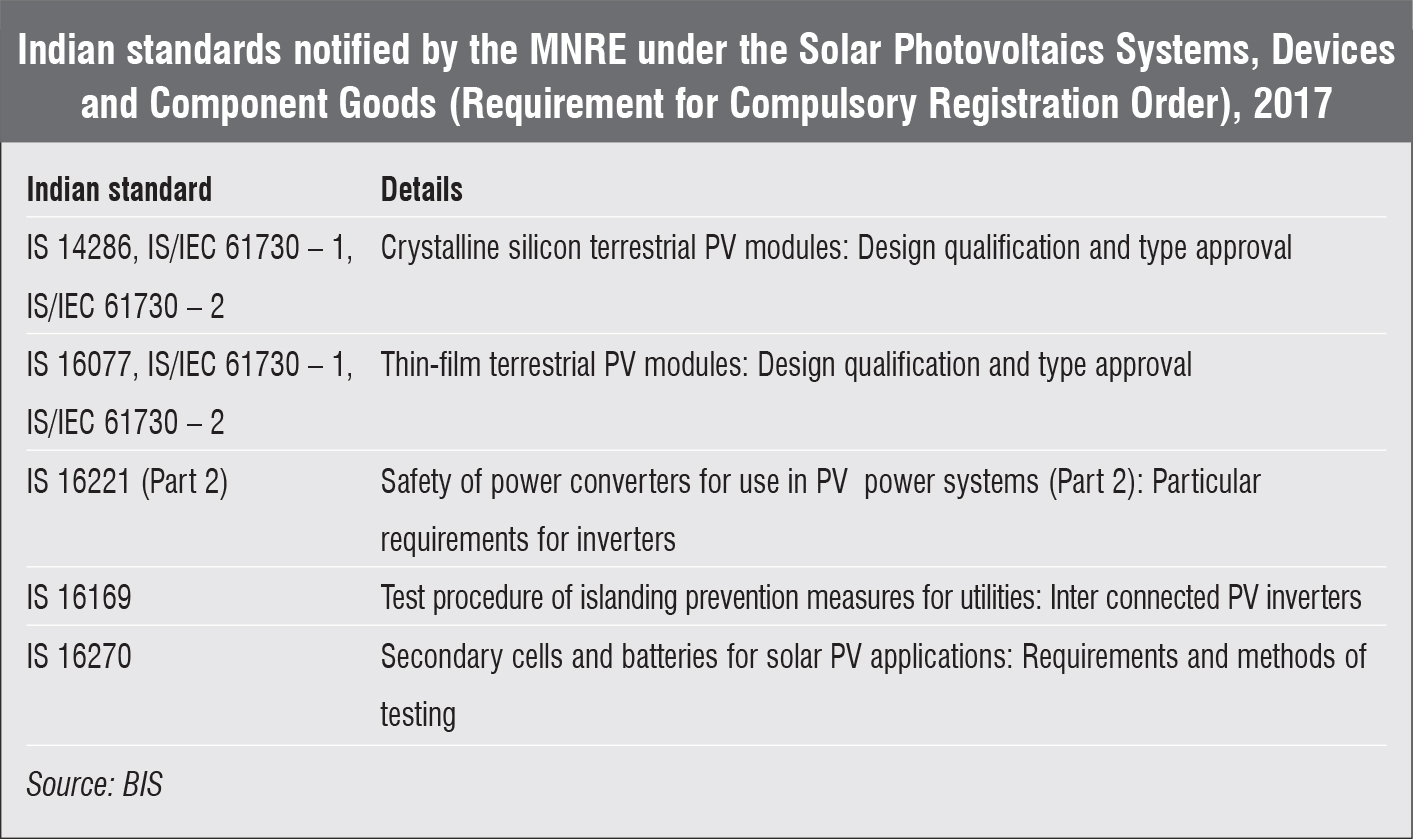 There is a need to have solar-specific standards in India, given the rapid growth of the industry in the country. There are 44 sectional committees under ETDC and the sub committee responsible for the solar energy sector is ETD 28. The scope of this sub-committee is to prepare standards for all the elements used in the entire solar PV system. The sub committee has published 55 standards till date while 45 standards are under development. The Indian standards are similar to the standards published by the International Electrotechnical Commission (IEC). Most recently, BIS has revised the standards for PV modules. Earlier, the relevant standard was IS 14286. Now, BIS has widened the scope of this standard to include standards for thin-film PV modules as well. The BIS has also come up with standards for concentrated solar power (CSP) and LED-based solar lanterns. 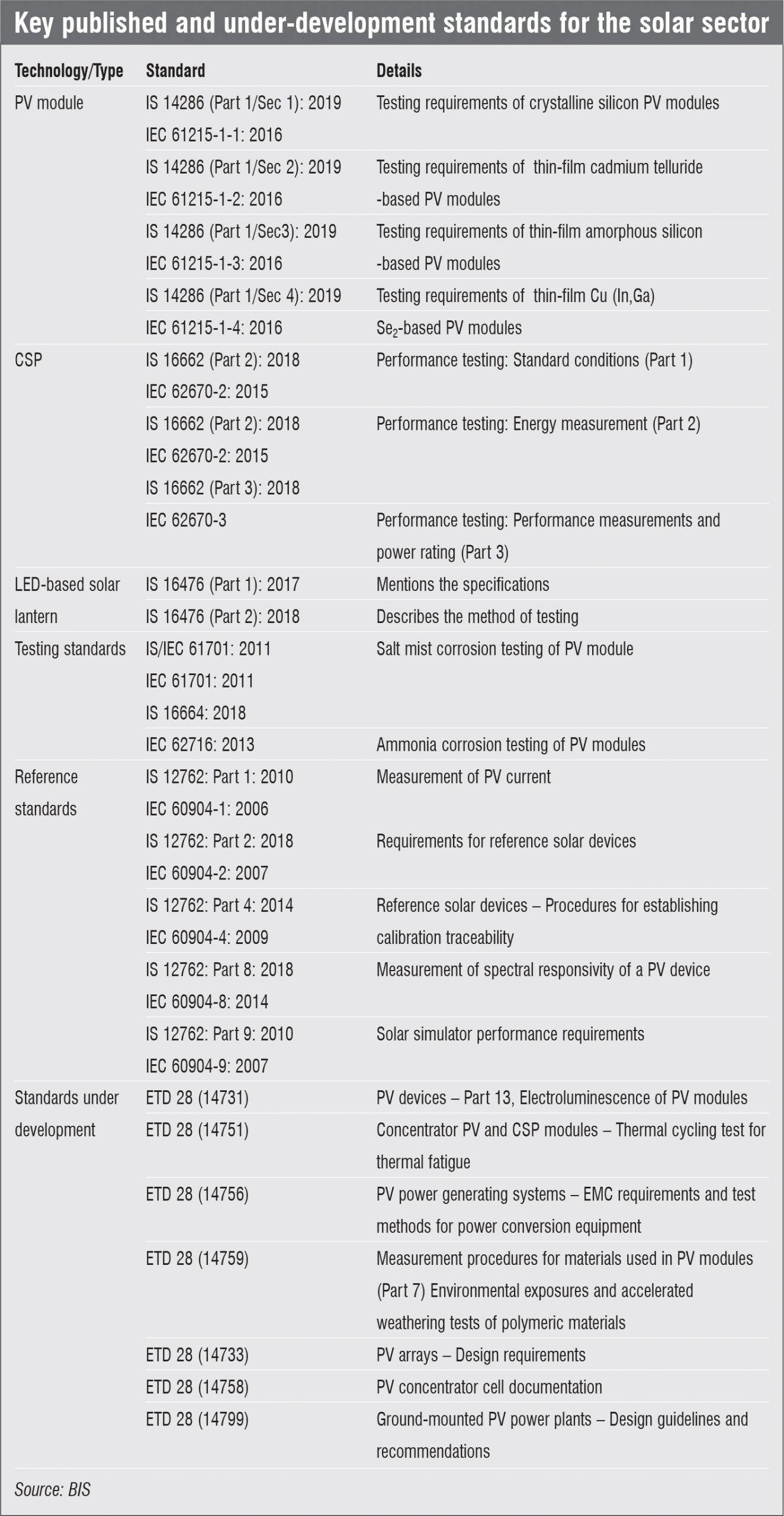 Going forward, with the emergence of a large number of complex decentralised solar products, the setting of standards will become even more difficult. In this scenario, standards for both electrical and solar products will have to be integrated. For instance, there are no standards in place for appliances such as solar-powered battery banks. The lack of standards prevents them from getting registered, thus restricting their reach.

Based on a presentation by Shikha Goyal, Scientist B, Electrotechnical Department, BIS at a Renewable Watch conference on “Solar Plant Performance”