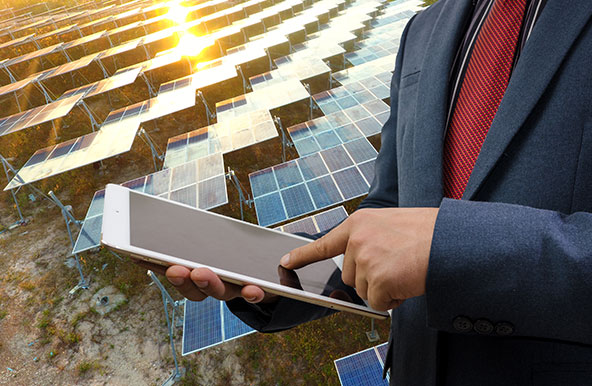 NTPC Limited has announced results for 1,000 MW of solar projects under the Develop Build Demonstrate (DBDT) programme. The tender has been undersubscribed, receiving bids for only 700 MW. And Of the capacity bid, only 80 per cent (560 MW) has been awarded. Tata Power Solar won 300 MW with the lowest EPC quote of Rs 19.2 million while Larsen & Toubro Limited and Jakson Limited have won 150 MW and 110 MW respectively.

NTPC Limited is one of India’s largest power producers. It has set a target to diversify its fuel mix, in line with the country’s clean energy generation targets. By 2032, non-fossil fuel-based generation capacity will make up nearly 30 per cent of NTPC’s portfolio.

The company had a very successful year in terms of tendering and winning wind and solar power projects. In June 2019, it won 40 MW of capacity under the Uttar Pradesh New and Renewable Energy Development Agency’s (UPNEDA) 500 MW solar tender at a tariff of Rs 3.02 per unit. The lowest tariff quoted in this auction is the same as the tariff quoted in UPNEDA’s auction for 550 MW of projects by NTPC. Under the previous auction, which was concluded in December 2018, NTPC won 85 MW of capacity. Besides, in May 2019, NTPC secured 100 MW of solar capacity under SECI’s 250 MW grid-connected solar projects tender for the Dondaicha solar park, Maharashtra.

NTPC has been tendering a number of solar and floating PV projects as part of its mandate to promote solar power. In November 2018, NTPC Limited issued an LoA to Azure Power India Private Limited for the installation of 300 MW of solar capacity under the tender for 2,000 MW of ISTS-connected solar projects. The proposed projects are expected to be commissioned by early 2021. It also tendered a 25 MW floating solar PV project in Simhadri, Andhra Pradesh, and a 100 MW floating solar project at the Ramagundam power station located in Peddapalli district of Telangana.