Considered an engineering marvel, the 96.6 km Kalka-Shimla rail line was given world heritage status in 2008. The rail line, which runs through the picturesque hilly terrain with 102 tunnels and 864 bridges, originates from Kalka at 656 metres above sea level and reaches its destination, Shimla at a height of 2,276 metres. Built in 1898 during the British era, the 2 ft 6 inches narrow gauge rail line now has an added feature. All the 18 stations along the rail track are dotted with roofs painted blue with solar panels. While 16 of the small stations have off-grid, battery-connected solar installations, the Shimla station has an on-grid solar power system; the other big station, Kalka, currently has an off-grid solar facility, but is expected to go completely green in two months. This station has a 3 kW off-grid solar plant, but it has received approval for an on-grid solar power system, which will take about two months for installation.

At Shimla, net metering of the solar power generated has already started. The 160 kW solar plant can produce up to 640 units of power per day. The initial week post commissioning saw 350-400 units of solar generation a day, which was enough to meet the power requirements of the station. The surplus power generated at the station is now being used for meeting the partial power requirement of the railway residential colony in this tourist town.

The other 17 railway stations, including Kalka, have off-grid solar installations of 3 kW capacity each. Kanoh was the last of the stations to go solar. Since Kanoh is not connected by road, there was a slight delay in utilising solar power owing to logistical issues.

The electricity for retiring rooms or railway rest houses at bigger stations, such as Solan, Dharampur and Barog, is procured from the state power grid but the stations themselves meet their entire power requirement from clean energy sources.

The process of solar plant installation at the Shimla station was completed in February 2019. Net metering began on September 6, 2019. The cost of on-grid solar power installation in Shimla came to Rs 30,000 per kW and subsidies, provided by the Railway Engineering Managing Company for the same, amounted to Rs 17,000 per kW. The railways did not have to spend any money as it entered into a power purchase agreement (PPA) with solar power developer Azure Power India Limited. The infrastructure was, however, provided by the railways. As part of the agreement, the station pays the company Rs 3.54 for every unit of power generated from the solar installation. This is against the Rs 4.50 per unit that it has to pay for grid power to the state electricity board (SEB). Thus, it is saving almost a rupee per unit. The PPA is for 25 years. Meanwhile, for the off-grid plants, the Railways bore the cost of the solar power installation, amounting to Rs 181,279 each. 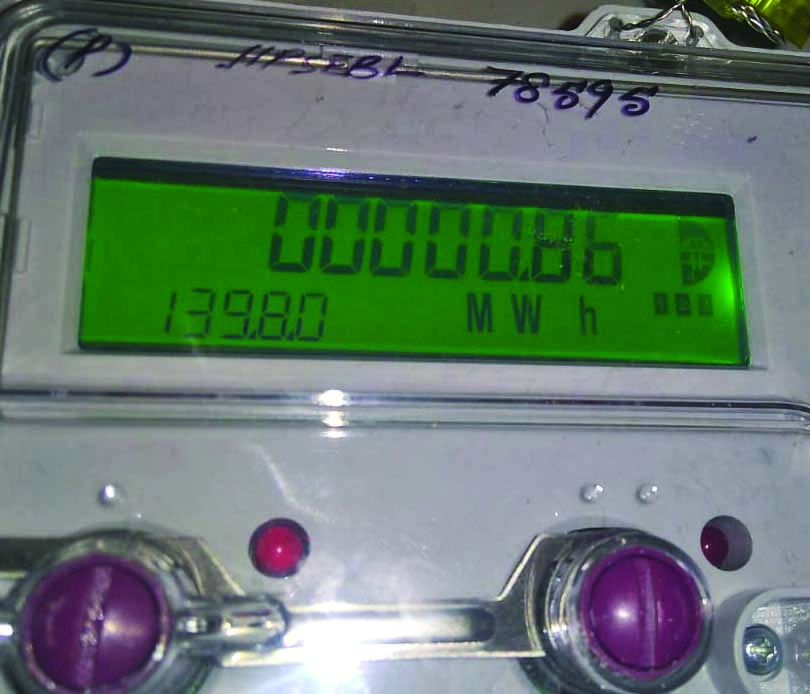 According to Ankur Jain, divisional engineer, Ambala railway division, which covers the Kalka-Shimla rail section, 17,000-18,000 units of electricity is being saved every month with the use of solar power. This means that the railways does not have to foot the bill for procuring these many units from the SEB. Also, it is reducing CO2 emissions for as many units.

In another initiative to make the stations energy efficient and environment friendly, all fluorescent lights at the stations en route the Shimla-Kalka line have been replaced with LED ones, thus further reducing power consumption. The 50-200 metre tunnels have also been equipped with LED lighting.

Jain says that there are also plans to equip the two most popular narrow gauge trains, the Shivalik and the Himalayan Queen, with rooftop solar systems for lighting up the coaches. Since the trains have to pass through 102 tunnels with low height, installing solar panels on their roofs is a challenge. Hence, some sort of structuring is required to ensure that the solar panels are not damaged.

These initiatives will go a long way in contributing to energy savings and reducing CO2 emissions, given that lakhs of tourists travel to Shimla every year on this world heritage line.