Several renewable energy companies have been facing financial difficulties over the past few years due to an uncertain policy environment and changing market dynamics. Falling tariffs, safeguard duties, inadequate transmission networks and the dwindling rupee have also contributed to straining the balance sheets of renewable energy companies. The key indicators of their weak financials are the undersubscription of the Solar Energy Corporation of India (SECI) tenders and the ongoing dispute regarding wind power projects in Andhra Pradesh.

Renewable Watch takes a look at the financial results of some of the listed renewable energy companies for the quarter ended June 30, 2019, and analyses the key developments that could impact their financials in the future…

Azure Power, a major developer in the solar power segment, recorded a total revenue of Rs 3,389.3 million during the quarter ended June 30, 2019, up from Rs 2,442.25 million during the same period in 2018. Further, Azure Power recorded a 40 per cent growth in its total income from operations and a 202.7 per cent growth in net profits over the previous year. The increase in revenue was primarily due to the commissioning of new projects. The company’s operating and committed capacity also increased to 3,351 MW with an addition of 1,210 MW of capacity between June 2018 and June 2019. Despite positive results, the company’s net profit for the quarter ended June 2019 dropped by 62 per cent from the previous quarter. The net profit for the quarter ended June 30, 2019 stood at Rs 90.2 million, as against Rs 240 million in the previous quarter.

Wind turbine manufacturer and project developer, Inox Wind Limited reported a loss of Rs 141 million during the quarter ended June 2019 as compared to a profit of Rs 104 million in the corresponding quarter in 2018. This can be attributed to the decline in revenues in this period. While the company reduced its losses from the previous quarter, which reported a loss of nearly Rs 535 million, its performance deteriorated significantly from the previous year.

Inox had won a 250 MW project in the first wind auction in 2017. The project was finally commissioned in April 2019 owing to the unavailability of the transmission network. The company currently has an installed project capacity of about 1.23 GW. However, it is facing challenges in further capacity addition such as the transition to the auction regime and an inadequate transmission network. Despite these hurdles, Inox is optimistic about expanding its market share. The company sees a few foreign manufacturers as its competition, but they may not be able to match its low costs.

Orient Green Power Limited (OGPL) has 424.63 MW of wind power projects across 45 wind farms. The wind farms are located in the states of Tamil Nadu, Andhra Pradesh, Karnataka, Maharashtra and Gujarat. OGPL has also set up a wind farm in Croatia with a capacity of 10.5 MW. OGPL’s income from operations in the quarter ended June 2019 stood at Rs 944 million, a decline of about 5 per cent from the Rs 994 million reported in the corresponding quarter in 2018, whereas an increase of about 7 per cent over the Rs 880 million income was reported in the previous quarter. The company recorded a profit of Rs 13.2 million during the first quarter of 2019-20, as compared to a loss of Rs 154 million in the previous quarter and Rs 29.9 million in the first quarter of 2018-19.

Since revenues have not increased as much, the profits could be attributed to lower expenditure. A disinvestment and slump sale of OGPL’s biomass subsidiaries is under way. This will generate proceeds of about Rs 330 million, which will adequately cover the company’s loan obligations. The company plans on taking strategic steps to further strengthen its financial position.

While its operations are currently at a sub-optimal level, Suzlon is optimistic about its operations and maintenance services division, which is expected to revive growth.  Suzlon continues to focus on cost optimisation across the board including the cost of goods sold, fixed costs and the working capital, thereby curtailing losses in this lean period. It is working towards debt resolution and a sustainable capital structure. Suzlon is also exploring various funding options like fresh equity and subsidiaries.

Azure Power concluded the quarter by turning a profit despite a decline in profits. Inox Wind has been on the path of improvement. Although it recorded a loss this quarter, it was able to contain its losses better than in the previous quarters. OGPL turned its series of losses into profit in the first quarter of 2019-20, despite little improvement in the total income. Suzlon also decreased its losses to some extent.

The auctions for solar, wind and wind-solar hybrid projects by SECI reflect the industry sentiment. Some of the recent wind and wind-solar hybrid tenders have been undersubscribed. In contrast, Tranche IV of the ISTS solar tender has received a positive response. However, this trend may not continue as Tranche V of the solar tender remains undersubscribed.

The Ministry of New and Renewable Energy has made amendments to the competitive bidding guidelines for wind power to not only reduce the investment risks related to land acquisition and the capacity utilisation factor, but also to provide incentives for the commissioning of projects. These new guidelines can help in bringing the wind segment back on track, providing relief to many of these players. 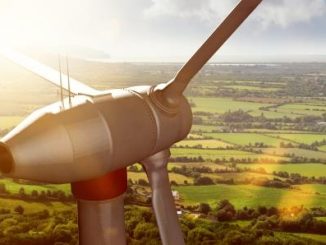 September 2017
The wind energy segment has undergone a number of significant changes in the recent past, such as a move from the feed-in tariff (FiT) regime to compe...
More 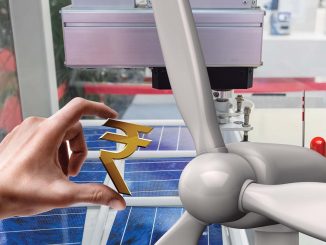 January 2017
In line with the developments in the renewable energy sector in the past year, there are high expectations from the industry for the upcoming year. In...
More 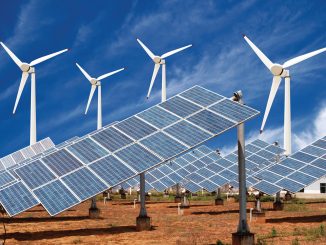 January 2017
There is little doubt about the importance of electricity for the economic and social development of an economy. Yet, more than a billion people acro...
More