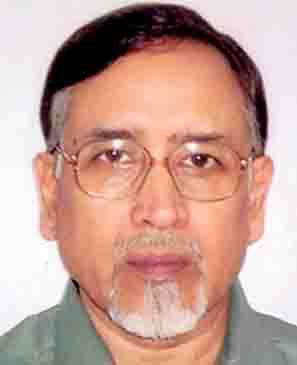 Small wind turbines are suitable for remote windy areas. Ladakh qualifies as a remote region, which is reachable only through mountainous roads. It is a newly carved union territory located on the borderland between India and Tibet. Owing to its geography, it is not connected by rail and perhaps can never be. It does have road connectivity through Kargil district, which is of great military importance. An alternative route through Lahaul and Spiti district of Himachal Pradesh is in the making. However, both these roads are usually shut down in winter due to heavy snowing.

Ladakh is at a very high altitude of 14,000 feet and is part of the Tibetan plateau. With latitude at over 40 degrees, Ladakh is situated in what is known as the “Roaring Forties” belt in the parlance of wind professionals and mariners. Ladakh’s altitude, latitude and expansive flat tree-less plains make it one of the windiest regions of the world. The mean average annual wind speed is over 10 metres per second. It is more continuous in Ladakh than in any other region of the world, except Mongolia. These are great advantages and make the place suitable for all kinds of wind turbines.

However, a word of caution is necessary. Installing large- and medium-sized wind turbines in Ladakh may pose all sorts of serviceability and maintainability problems, because the region is very remote and not well connected. Large-scale manufacturing is not possible there due to the lack of infrastructure. However, small and micro wind turbines can still be set up in such areas.

For example, the landlocked country of Mongolia is remote and does not have much of modern infrastructure. Hundreds of thousands of wind turbine battery chargers are imported from the UK and Denmark into the country, and the chief buyers are nomads. They travel from place to place with their horses and other animals. Wherever they camp at night, they hoist these microturbines with a capacity of around 50 W to charge batteries and run their radio and TV sets. With its remoteness, windiness and harsh winter, Mongolia is very similar to Ladakh.

As far as Ladakh is concerned, the import of micro and small wind turbines (ranging from 50 W to 10 kW) is definitely not necessary. They can be made locally. Small fabrication facilities using fibre-reinforced plastic (FRP), a widely used modern composite material, are often a part of university research laboratories. These are advanced technology units that can easily come under the medium and small enterprises sector. Such facilities are all that is required for fabricating wind turbine blades. However, the manual labour employed for this purpose has to be highly skilled. Such skills can be imparted to Ladakhi youth in many of the engineering hubs in north India. Lattice towers, which support a wind turbine, can be constructed in situ using angle irons, which can be carted to Ladakh on trucks.

Low speed permanent magnet alternator, which is the key component of a wind turbine, cannot be manufactured in Ladakh. It has to be transported from other cities of India. These are small items and pose no logistics problems. Thus, foreign imports are not necessary. Of course, nuts, bolts, bearings, etc., if not locally made, have to be carted to the site. In sum, the two important components of a small wind turbine, FRP blades and lattice towers, can be manufactured in Ladakh itself. We should remember that small is beautiful in the ecologically sensitive and picturesque Ladakh. 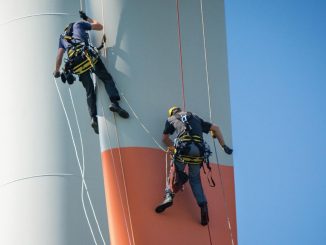 The Going Gets Tough
Mounting challenges for the wind segment

May 2019
By Dolly Khattar A recent report by Fitch Solutions Macro Research states that a combination of various challenges – including land availability hur...
More 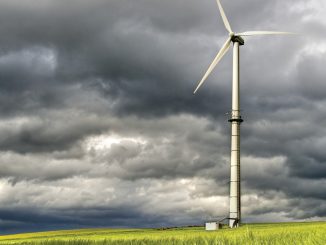 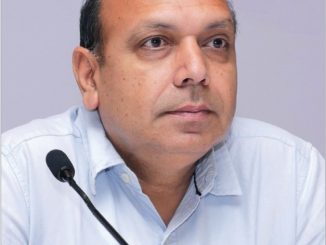