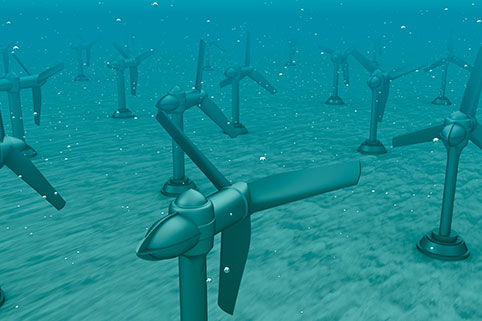 he Ministry of New and Renewable Energy has clarified that the power produced using various forms of ocean energy such as tidal, wave, ocean thermal energy conversion, among others will be considered as renewables. These sources can be used for meeting the non-solar renewable purchase obligations. Currently there is no installed capacity for ocean energy in India. However, the identified potential of tidal energy is about 12,455 MW. The potential locations for this are Khambat and Kutch regions and large backwaters where barrage technology can be used. The total wave energy potential is estimated to be about 40,000 MW, whereas Ocean Thermal Energy Conversion has a theoretical potential of 180,000 MW in India subject to suitable technological evolution.