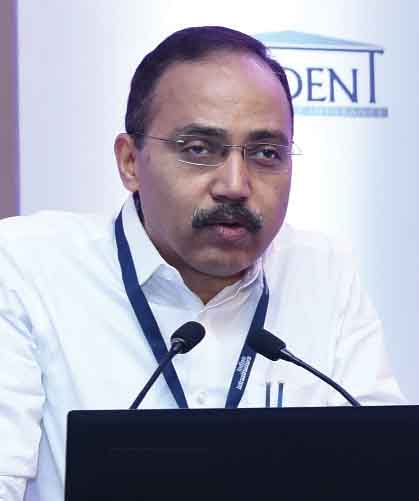 The Solar Energy Corporation of India (SECI) is the Ministry of New and Renewable Energy’s (MNRE) arm responsible for holding wind and solar auctions. At a recent Renewable Watch conference, “Wind Power in India”, SECI’s managing director, Jatinder Nath Swain, shared his perspective on the sector and also SECI’s plans, initiatives and progress in the wind power space, as well as the challenges faced by SECI. Excerpts…

SECI has bid about 11.4 GW of wind power capacity since the launch of the tariff-based bidding in May 2017. The first 1,000 MW of projects were bid out on behalf of PTC India. Post that, all the wind power capacity has been tendered by SECI, which has also taken the responsibility for marketing power. About 95 per cent of the projects under SECI Tranche I have been commissioned. Under Tranche II, which was about 1 GW, 50 per cent of the projects have been commissioned. We expect another 400 MW to be completed in a short time. We are facing certain constraints for the remaining 10 per cent, but those are internal to the developers. SECI Tranches III and IV, which are for 2 GW each, ran into major roadblocks. We conducted the bid on a pan-India basis, and most bidders opted for Gujarat because of its good wind regime and a liberal land allocation policy by the state government. However, with so many developers approaching the state for land, it led to certain constraints. Subsequently, land allocation in Gujarat was put on hold for about eight to nine months. While it was eventually resolved, projects under these tranches are running behind schedule due to initial hiccups. Under SECI Tranche III, about 10 per cent of the capacity has already been commissioned, before schedule. So there have been instances of some developers performing much better. The remaining projects are also likely to be completed within the set timelines but there may be 5-10 per cent of capacity that may not come online in time. Overall, we expect a delay of three to four months in SECI III. For SECI IV, there is still time. Though the developers are asking for an extension, it is more an act for safeguarding themselves against any future penalty rather than due to any real issue. We believe that no developer will be willing to miss the first generation season in 2020, which is from May to September. This is the time they get about 60 per cent of the annual generation. SECI V and VI are on track. And bids under SECI VIII, which is for 1.8 GW of capacity, were slated to be opened in July 2019, but there have been some changes in the competitive bidding guidelines. The new guidelines are more liberal and investor friendly, so we have given some more time to developers to submit their bids.

Generally, we target to tender about 10 GW a year. Including the 1.8 GW under SECI VIII and assuming that no more states come up with fresh bids, we will reach a tendered capacity of 8 GW this financial year. The general trajectory up to 2030 will be about 10 GW per year, plus or minus 10-15 per cent. If states come out with state-specific tenders, SECI can bring down its tender trajectory because we do not compete with them.

Regarding wind power tariff, it came down to Rs 2.43 per kWh level last year under SECI III and IV, but inched up to Rs 2.82 per kWh level. This was primarily because of uncertainties regarding transmission, land and right of way (RoW). Developers were bidding after internalising these risk factors. We have taken several steps to resolve transmission issues. The MNRE has submitted a transmission plan for 66 GW of additional renewable energy capacity across solar and wind regions to the power ministry. The National Committee on Transmission is actively considering it. The plan for over 12 GW of capacity has already been cleared and is at the bidding stage. It is only awaiting final approval post which bids will be opened and implementation will start. Some of the projects have been started by Power Grid Corporation of India Limited. About 16.5 GW will be taken up, mostly under the national transmission scheme. For the remaining 38 GW, various regions have been identified across states like Rajasthan, Karnataka, Gujarat, Andhra Pradesh and Tamil Nadu. Given that solar power is abundantly available across the country, the national transmission plan has evolved primarily to help evacuate wind power. Further, the states rich in wind resources also signed power purchase agreements (PPAs) for a large amount of wind power. For them, unless their demand goes up dramatically, they will not be able to absorb any more substantial amount of wind power. So, the wind power has to be transported to other states. This was one of the primary reasons for which SECI tendered substation-wise wind power capacity under Tranche VIII.

This will help the developer to plan ahead. Earlier, wind projects were given a timeline of 18 months for commissioning, while the transmission line typically came up in about 24-36 months. So, there was a mismatch between transmission connectivity availability and project completion timelines. Another key issue faced by the wind power segment is related to land. I am referring to land issues in project implementation and not on the financial side. Buying land is usually not a major issue, but the factors associated with land such as environmental clearances and getting RoW for last-mile connectivity to the nearest substation posed a challenge.

A new issue is related to the environment. Some groups have opposed setting up of transmission lines in certain areas where they believe that the bird ecosystem is getting impacted. There have been claims that some transmission lines are falling in the path of migratory birds. As a result, some of our major transmission lines had to be replanned to avoid these areas. And that has contributed to delays, for example, in the case of the Fatehgarh, Bhadla and Bikaner transmission line installations in Rajasthan. Another issue is related to clearances from the defence forces, which are especially required, for projects in Gujarat because it is a border state. There are some areas in Gujarat, which are earmarked for troop mobilisation, mining and demining, and due to security reasons, such data cannot be put up in the public domain. We only get to know about such lands when a developer applies for a site. This leads to project delays. However, the major issue coming from the defence is from the air force. There are certain defence airports/airstrips that were used during previous wars and have been reserved for any future need. Looking at these issues, SECI has opened a channel of communication with the defence ministry to ensure that developers’ applications pending with the defence forces are cleared expeditiously so that it does not have to request SECI for an extension of timelines on account of non-issuance of or pending NOC from the defence ministry. This issue came into the limelight only when a large number of applications went from the Kutch area, where there are two defence airports, Bhuj and Nalia. I think we are halfway through sorting out the issue and ensuring that NOCs are given within a reasonable time frame so that developers do not have to run from pillar to post to get their project timelines extended.

Most of the wind power that will be developed in the future will have to be connected to the central transmission utility because states will not be able to absorb more than 20 per cent of the new capacity. The target remains at 60 GW by 2022 and 150 GW by 2030. The revised bidding guidelines for wind projects allow developers to sort out land clearances within a year of the signing of the PPA, so that they do not have to run to SECI to get the timelines extended. Sites where developers had aggregated land and secured connectivity are more or less over, and new sites are not so easy to develop. The new tender conditions will help developers immensely and boost positive sentiments.

A recent concern of the industry is dealing with the sanctity of old PPAs in Andhra Pradesh. At least for a year SECI will ensure payment to developers even if the states do not pay us. And in case they do not pay, we will sell that power to other discoms. That said, it is crucial that discoms’ health improves. They have to improve their efficiency, cut down losses and in some cases, also increase tariffs. For example, Tamil Nadu has not revised its tariff after 2012. Unfortunately, it has been a political issue but we are in touch with them, and hope that the situation will improve in the next few years.