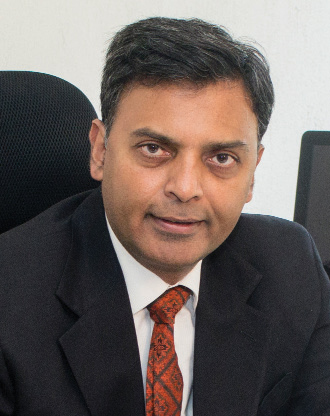 Madhya Pradesh has had several firsts to its credit in the renewable energy space. Key among these is the commissioning of the Rewa solar project and the supply of power to the DMRC through the open access route. Now, a 1,500 MW utility-scale solar project is on the anvil to supply power to Indian Railways. So far, none of the other states have been able to achieve success in this space. In a candid interview with Renewable Watch, Manu Srivastava, principal secretary and commissioner, New and Renewable Energy Department, Government of Madhya Pradesh, talks about the state’s experience in the open access space, solutions to improve discom health and the introduction of an innovative payment security fund. Excerpts…

What have been the key renewable energy developments in the state?

The Rewa ultra mega solar project is now almost commissioned. Of the 750 MW of proposed capacity, 730 MW is operational. The remaining 20 MW will hopefully be commissioned in a month. The Rewa project is now supplying power to the Delhi Metro Rail Corporation (DMRC).

We have done innovative work in the rooftop solar segment. Our renewable energy service company (RESCO) model has been well established. We were able to achieve low tariffs by virtue of innovative policy decisions. One, we identified the buildings beforehand. Two, separate rounds of bidding were carried out for each category – colleges, universities, government buildings, etc. – and tariffs were decided according to the size of the installation and payment security mechanism. And, as expected, we got lower tariffs for large-scale rooftop systems for universities.

We have developed data rooms in each building and have also collected location coordinates for each and every college. We even undertook pre-engineering design for each building and this helped in assessing the number of panels and inverters, and the length of cables required for rooftop solar systems. All these innovative approaches have helped us in achieving lower tariffs. In the first tender, we discovered the lowest rate of Rs 1.58 per kWh. And, in the second tender, an even lower rate of Rs 1.38 per kWh was achieved.

Now, we are coming up with a similar tender for the commercial and industrial segment. We have identified buildings in an industrial area near Bhopal. In fact, the International Solar Alliance (ISA) has taken note of our innovative approaches and will share these with other developing countries. Some of our officials were sent to Ghana by the ISA to help the country implement a similar model.

On the utility-scale side, we are coming up with a 1,500 MW solar project, which will be set up in three districts – Agar (550 MW), Shajapur (450 MW) and Neemuch (500 MW) – in western Madhya Pradesh. A part of the electricity generated from this project will be sold to Indian Railways.

What is the status of the state’s solar pump programme?

I believe the KUSUM scheme has some issues. According to the scheme, for financing solar pumps the central government, the state government and farmers will contribute 30 per cent, 30 per cent and 40 per cent respectively. However, according to our calculations based on this percentage break-up, an electric pump makes better economic sense vis-à-vis a solar pump. This is for two reasons. One, solar pumps have a high upfront cost. And two, an electric pump is cheaper than a solar pump in terms of net present value. Based on these observations, we are proposing to charge farmers only 10-15 per cent of the solar pump cost and the remaining cost will be paid by the government.

Is the state planning to develop any floating solar projects?

Yes, we are planning a floating solar project at Indira Sagar. The maximum capacity that can be set up at the site is 13,000 MW but we plan to install a lower capacity project. We are keen to have discussions with other states for the sale of power generated from this project. The World Bank is supporting us in this project. However, the issue is that the cost of the floating solar project will be almost 10-15 per cent higher than that of  ground-mounted projects.

Has there been any improvement in the discom health over the years?

The state discoms continue to face the same set of challenges. We have not seen much improvement in discom health in the past few years.

What can the government do to improve the situation?

What will be your three solutions to improve discom health?

One, better energy accounting needs to be adopted. Two, the subsidies that are promised by the state government to discoms should be released on time. And three, instead of coming up with high-cost solutions, the problems can be solved to a certain extent if the management at the ground level becomes more efficient.

Will the privatisation of state discoms help solve the challenges?

We can definitely have some form of privatisation. Instead of complete privatisation of discoms we can use the franchisee model. This model was adopted and implemented by the Madhya Pradesh government during the period 2011 to 2016. It ran successfully in Sagar city, where Essel was the partner. However, it did not take off in other places.

Under the franchise model, the entire discom is not privatised but an area of the discom is handed over to a private entity. All the tasks including operations and maintenance, and the collection of bills are performed by the private entity which, in return, pays a fixed amount to the discom. The amount to be paid is decided by the regulators. With this model, the quality of services can improve.

What are the other innovative policy decisions that can be replicated across India?

So, whenever there are payment delays, we take a working capital loan from IREDA and give it to the developer who benefits from timely payments. Discoms are penalised for delaying payments to solar power developers. Still, they benefit because the penalties chargeable as per the power purchase agreements are much higher.

What are your views on open access in renewable energy?

As far as interstate charges are concerned, the present regulatory framework specifies that there are no interstate transmission charges for renewable energy if it is being purchased by a discom. I believe this waiver could be considered for customers other than discoms as well.

Also, the waiver is only applicable till 2022. So, we need to have a clear policy visibility of what needs to be done thereafter. If the waiver is removed, then we should think about applying these charges on an energy basis, rather than on per MW basis. In terms of per MW basis, the entire transmission system is blocked for 24 hours but a solar system typically runs for 20-22 per cent of the time. So, in the remaining time you are paying for the energy while not using it.

Some developers complain that the states keep changing their open access charges. What is your opinion on this?

Madhya Pradesh also faces similar challenges because there is a perpetual conflict between discoms and renewable energy developers.