India-focused solar consultancy BRIDGE TO INDIA projects that only 80 GW of renewable capacity will be added in the next five years, against the targeted 95 GW over the next three years. Going by the assessment of industry analysts and experts, at the current pace of capacity addition, achieving the target set for 2022 is increasingly looking unlikely.

That being said, it is also important to look at the long-term growth horizon. The sector has doubled its capacity in the past three years owing to various factors such as the ambitious renewable energy targets, continuous policy push and increased private sector participation. This has led to a rapid transformation of the overall electricity sector. The share of renewable energy-based generation in the overall generation mix at the all-India level has increased from 5.6 per cent in 2014-15 to 9.2 per cent in 2018-19 and is set to cross 10 per cent in 2019-20. The renewable energy capacity addition has once again surpassed the conventional power capacity added in 2018-19.

Notably also, the solar segment achieved its original target of 20,000 MW by 2022 four years ahead of shcedule, in 2018. The competitive bidding regime has led solar tariffs to decline sharply, to a low of Rs 2.44 per unit, and wind power tariffs to a low of Rs 2.42 per unit, making these two sources of power much more attractive for discoms, which were for the longest time hesitant to procure renewable energy due to its high price.

What also needs to be emphasised is the fact that the government has been making efforts to address each of the existing issues. The following sections highlight the initiatives being taken to bring the sector back on the growth track, the growth trends being witnessed across industries and the way forward.

The new capacity addition target for 2019-20 has been fixed at 11,802 MW, which is much lower than the target earlier indicated for the year as well as the target for the previous fiscal. While this may seem to be a sign of a growth slowdown, it can also be looked at in terms of setting more realistic targets that factor in all possible risks and uncertainties. Setting realistic targets that can be achieved sets a positive tone for investors, which is better than building up high expectations and then not being able to meet them. The target can be achieved solely on the basis of the projects awarded by the central nodal agencies and state discoms in 2017 and 2018. Besides, another 20 GW of solar and wind projects are set to be bid out in the next two to three months.

The government has been proactively conducting discussions with industry stakeholders in order to resolve the issues blocking growth. A key initiative is the recently held “Chintan Baithak” (brainstorming session) between government officials and stakeholders from the renewable energy sector. At the session, the government assured the stakeholders that most of the issues pertaining to transmission constraints and land unavailability would be resolved at the earliest.

Separately, the Ministry of New and Renewable Energy (MNRE) issued a statement that it would try to impress upon the Reserve Bank of India the need to remove the priority sector lending limit for the renewable energy sector. “This will encourage public sector banks to lend more to renewable energy projects and help developers access easy finance,” the MNRE ministry noted in a statement issued after a review meeting held by the power and new and renewable energy minister, Raj Kumar Singh. The meeting was attended by officials from the MNRE, the Department of Economic Affairs, the Department of Expenditure, the Department of Financial Services, the Department of Revenue, and public and private sector banks and financial institutions. “On the issue of delays in land acquisition for renewable projects, the minister said that the Solar Energy Corporation of India (SECI) will be tying up with the state governments for land. As the land will be on lease, there won’t be any upfront payment for it. It will also tie up transmission while floating bids. Banks/Financial institutions were asked to tie up with SECI for offering pre-determined loans to successful bidders,” the statement added. Discussions were also held on the GST issues pertaining to renewable energy equipment/components and the Department of Revenue was requested to place an appropriate proposal before the GST Council. The issue of the inverted duty structure also came up for discussion during the meeting.

In yet another positive, the country is beginning to see the emergence of a grid-scale energy storage market after years of anticipation. In March 2019, SECI invited bids for 3.6 GWh of storage connected to 1.2 GW of solar capacity on the interstate transmission system, the biggest battery-based project proposed in the country so far. Also, in March 2019, SECI invited bids for two 150 MWh battery systems to be connected to 100 MW solar farms in Andhra Pradesh. February 2019, meanwhile, saw SECI inviting bids for a 42 MWh battery system to go with 14 MW of solar capacity in Ladakh and the Northeast. The corporation also requested for bids for a 20 MW floating PV plant in Lakshadweep with 60 MWh of battery storage. These are aside from the seven storage tenders issued in 2018 by SECI, NLC India and NTPC, amounting to 84 MWh of capacity tied to 78 MW of solar PV. All these tenders will boost energy storage deployments in the next few years, helping the sector resolve intermittency and transmission-related challenges to a large extent. Moreover, the share of renewables in the total energy mix will soon become significant, leading to bigger grid-related challenges. The developments taking place in the e-mobility and charging infrastructure space will further lend support to energy storage systems in terms of economies of scale, bringing down the cost of these technologies.

Meanwhile, the outcome of the general elections is being seen in a positive light for the renewable energy sector as it is expected to ensure policy stability. Support for schemes like Kisan Urja Suraksha Evam Utthaan Mahabhiyan (KUSUM) and rooftop and off-grid solar is expected to continue under the new government, along with support for the growth of domestic manufacturing in the solar power segment.

While the policy and projects space is abuzz with these developments, the trends emerging on the consumer side are also encouraging. With the cost economics turning in favour of renewables and growing awareness about reducing carbon emissions, an increasing number of companies are aiming for nothing less than 100 per cent renewable power over the next 5-10 years. A recently released report by WWF-India, “Renewable Energy Demand in India: Corporate Buyers’ Perspective”, outlines the magnitude of this demand and its role in increasing renewable energy uptake. The report, which highlights the increase in renewable energy procurement by corporates and the rationale for these commitments, involves a combination of primary and secondary research. Secondary research, which involved an analysis of the top 100 companies on the National Stock Exchange (NSE), revealed that 69 per cent of the companies are already procuring renewable energy in some form, 27 per cent of the companies have greenhouse gas reduction targets, 22 per cent have renewable procurement targets, and 10 per cent of the companies have both. The comprehensive assessment of corporates indicates that the major drivers for investing in renewable energy are economic advantages, the need for regulatory compliance and sustainability commitments. 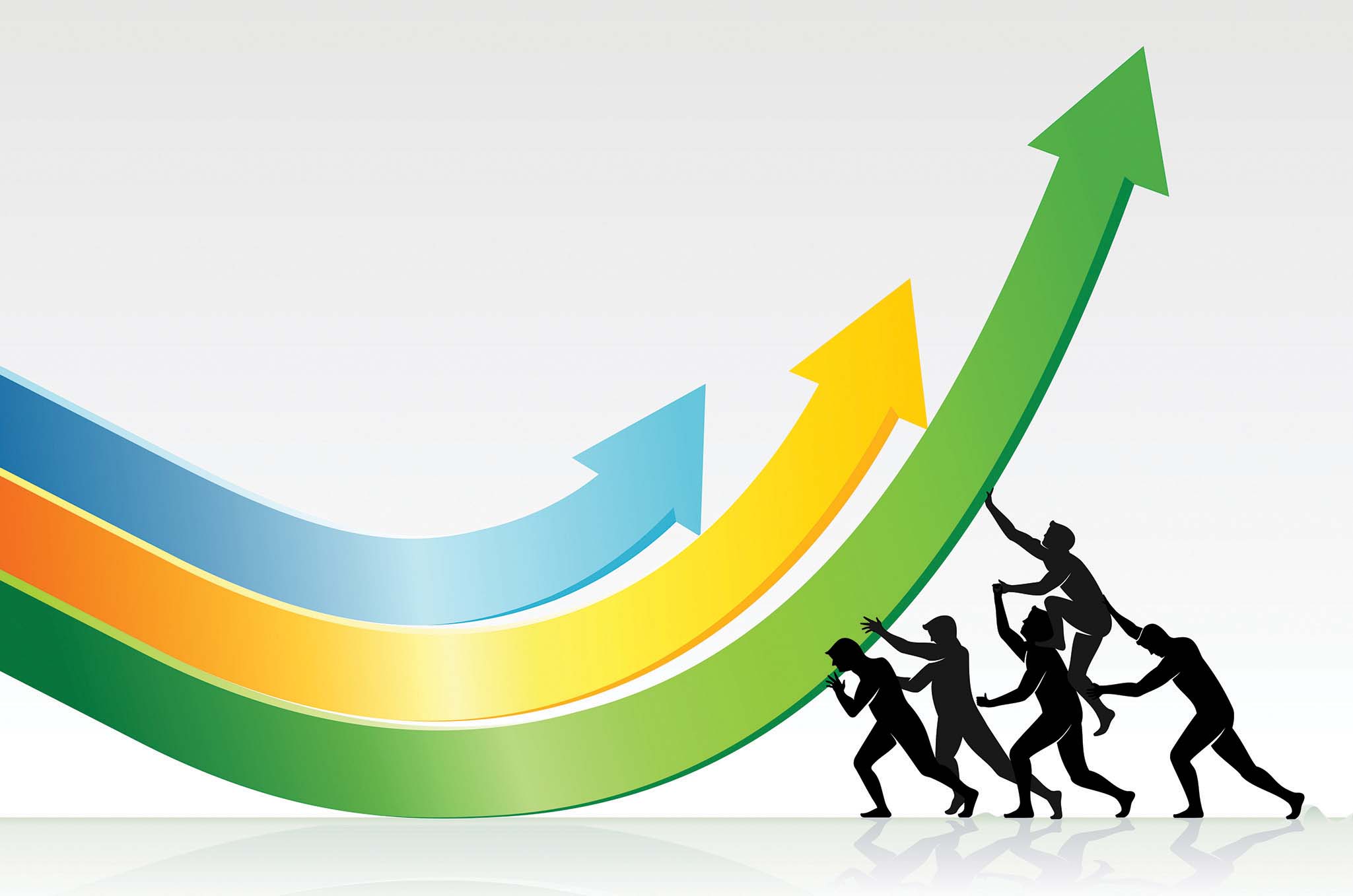 The above developments imply that despite facing headwinds, renewable energy developers have several reasons to remain upbeat and gear up for what may be termed a mid-course correction. It is also clear that for big growth to take place in renewables, the government will need to address the challenges strategically and in a timely manner. One, it will have to find a solution to improve discom health. Renewable energy IPPs, especially wind and solar energy companies, are beset by challenges including delayed payments and defaults by discoms, with the receivables position deteriorating in some states. The situation warrants a serious effort to improve operating efficiencies and this, coupled with timely subsidy support and adequate tariff revisions by the state regulators, remains critical for a sustained improvement in financial performance, going forward. UDAY provided a one-time relief to distribution utilities by restructuring 75 per cent of the debt. This was to be accompanied by improvements in operations and the implementation of cost-reflective tariffs. Many utilities achieved good results. Of late however, there are slippages in tariff hikes and efficiency gains are not in line with the plan agreed to with the government. The government will have to revisit the UDAY monitoring mechanism and urge the states to work according to the MoU.

Two, there needs to be stronger political will to walk away from coal-based projects, especially those that have an unacceptably high environmental impact; for instance, in the case of plants that are over 25 years old. Another related concern pertains to stressed thermal power projects, which have become a drag on the banking system. The central government should facilitate procurement of the uncontracted capacity of these projects by pooling the state utilities’ requirement and providing coal linkage. Three, bulk capacity will need to be tendered in a quick, systematic manner. Renewable energy capacity of 80 GW will have to be bid out over the next three years in order to achieve the 175 GW target by 2022. Utilities should also honour their existing contracts and accept bid outcomes instead of cancelling or postponing auctions.

Lastly, an improvement in transmission infrastructure, especially in the inter-state network, for the supply of wind and solar power from the high generation potential western and southern regions to other regions is critical. It is also important to undertake a realistic cost-benefit analysis of extending the central grid versus encouraging the installation of 10,000 mini-grids as targeted in the 2017 policy document.

None of these tasks is going to be easy. Clearly, there is a case for next-generation reforms in the sector. The good news is that the sector can expect policy continuum, giving it a better chance of achieving the set targets.