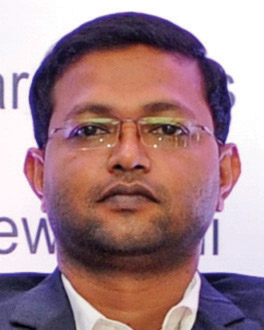 Having ventured into the solar energy segment 15 years ago, Vikram Shetty, chief executive officer, Inspire Clean Energy (ICE), has seen the solar industry grow through various stages, from concept selling to the development of small projects and a transition towards utility-scale projects.

During this period, Shetty has been involved in consultancy, designing, engineering, procurement, distribution and commissioning for both rooftop and utility-scale solar projects. Before starting ICE in August 2015, Shetty worked with PROINSO, one of the world’s largest distributors of solar equipment, and was responsible for setting up its base in India. Prior to that, he worked at Twincity Sunlife, which later formed a joint venture with PROINSO London to form PROINSO India.

Largely focused on the operations and maintenance (O&M) of solar projects, ICE has four verticals: services, software, products and solutions. And Shetty has four major plans for his company: one, raise $1 million as pre-series funding; two, expand operations in Bangladesh, Hong Kong, Malaysia, Thailand, Australia and New Zealand; three, introduce and launch EIRA (an asset management software), SaBot (soiling loss analysis bot) and technology innovations involving cleaning tools, vegetation management tools and other technical tools for O&M of projects; and four, start operations of Reparar Works, which will cater to the decommissioning of projects, repairs, refurbishment and recycling of modules, inverters and other equipment.

Shetty believes that the mistaken notion of solar photo-voltaic being “maintenance-free” has led to a scenario where many companies have set aside very low budgets for solar plant O&M. Moreover, the market focus currently is on generation and uptime instead of asset life and performance. “I foresee huge equipment and project failures. All the Math and Excel sheets of project investments in India will go out of the window,” he says.

Looking back at his professional journey, Shetty says modestly, “I am just a small-town person trying to survive in the bloodbath of today’s business environment. I have always stayed away from the red ocean and have tried to keep moving to the blue ocean.”

Shetty’s personal goal is to provide stable employment to at least 5,000 skilled and unskilled people before he retires. He enjoys listening to music of different genres, from country to Sufi and psychedelic. In the psychedelic genre, Vini Vici is a favourite.