The Indian renewable energy sector is transitioning from a phase of intense growth to a phase of maturity on the back of strong policy measures. With the rapid growth of the segment have come a plethora of opportunities not only for new entrants but also for experienced players which can exercise their knowledge, expertise,  and experience to grow along with the dynamic market. Leap Green Energy (LGE) is one such player. It has continued to stay relevant in the renewable energy industry, where competition and changing dynamics have led to  the exit of some of the biggest names. Incorporated in 2009, the independent power producer (IPP) has completed a decade in the wind energy segment.

Rajeev Karthikeyan, managing director and co-founder, says that the company started as a solution provider to the long power cuts (sometimes lasting for as long as eight hours) faced by the southern states  around 2010. Hence, it became a necessity for manufacturing industries to source power from captive and IPPs to keep these industries running. He adds, “We started with three men in 2010, and decided to acquire assets and create a platform as we could not afford gestation time. JP Morgan invested in us in 2011 and over the past seven years, the platform has grown to over 750 MW. Later on, we diversified into forecasting and now we have started building new projects.”

LGE currently owns an operational capacity of 751 MW of wind power assets with an additional 400 MW of assets under construction. These assets are spread over four renewable resource-rich states, that is, Tamil Nadu, with a capacity of 403.75 MW, Maharashtra with 26 MW of wind assets, Rajasthan with 270.5 MW, and Madhya Pradesh with 50.9 MW.

LGE, headquartered in Coimbatore, Tamil Nadu, started with a portfolio of only 3.3 MW of wind power assets in Tamil Nadu in 2009. In 2010, the company, promoted by the PSG family, received initial funding from the investment firm JP Morgan which helped it acquire wind power assets, growing to a total of 20 MW. With further rounds of investments, the company went on to make further acquisitions and crossed the 150 MW mark in 2012. In 2013, it geographically diversified into Rajasthan with more investment from JP Morgan’s Asian Infrastructure and Related Resources Opportunity (AIRRO) Fund division. In 2015, the company acquired a 30 MW asset under the commercial and industrial (C&I) sales model in Madhya Pradesh. In the same year, it started forecasting wind energy for the entire state of Tamil Nadu. By 2017, it had reached a total wind energy capacity of 751.15 MW, owned 584 wind turbine generators, and established its presence in four states. This came after the acquisition of Inox Renewables’ 260 MW of assets in March 2017. Further, the company aligned itself with the change in the policy regime for wind power projects from feed-in tariff to competitive bidding and won the rights to develop 250 MW of wind farms in Tamil Nadu.

In January 2019, LGE signed an MoU with the government of Tamil Nadu with a target of adding 250 MW of wind energy assets in the state. The company, one of the largest players in the direct C&I power sale segments, is in the process of increasing the size of its C&I portfolio by an additional capacity of 150 MW of wind energy and 80 MW of solar energy in Tamil Nadu and Karnataka.

Renewable energy generation has long struggled with issues of grid availability and integration, especially in Tamil Nadu, making forecasting and scheduling an inherent component of projects in the state. Being one of the largest IPPs in India, LGE became a pioneer in forecasting for wind power in the country. It has grown the forecasting services beyond its own portfolio and currently provides forecasts for over 8,000 MW of assets to the Tamil Nadu grid for integration. Karthikeyan says, “Over the years, our prediction accuracy has increased to over 94 per cent. We have a highly trained and qualified team that works seamlessly 24 hours a day with the state grid to enable maximum integration and evacuation. Meanwhile, grid availability levels in Tamil Nadu have increased from 75 per cent in 2015 to over 98 per cent over the last two years.” 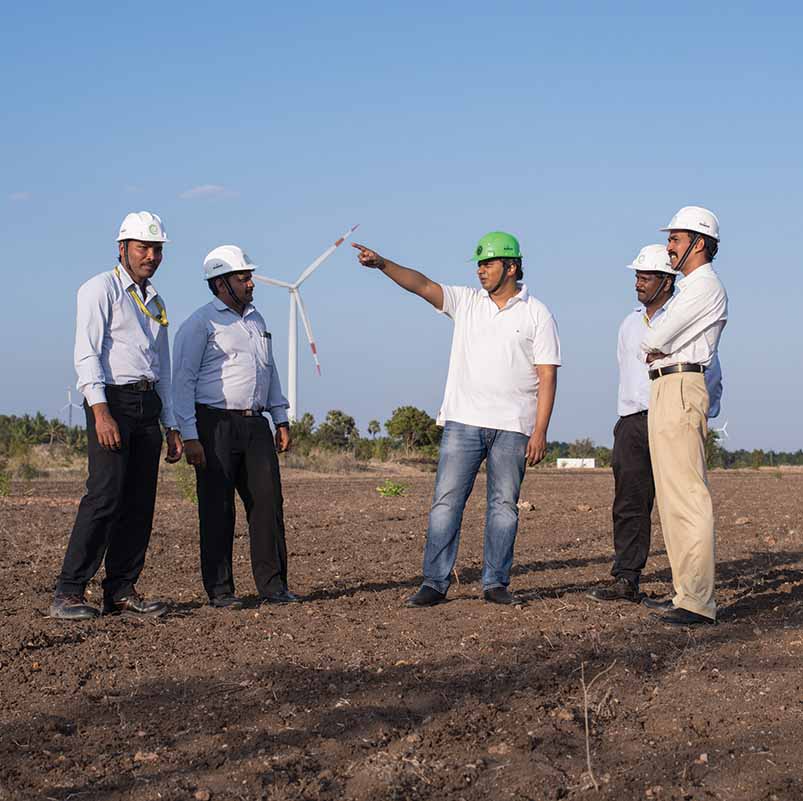 A family-promoted company backed by JP Morgan (AIRRO), LGE has delivered positive results, even in the face of adverse developments in the wind energy segment over the years. According to Karthikeyan, “LGE has shown positive earnings before interest, tax, depreciation and amortisation (EBITDA) from day one, with an average growth in sales of about 20 per cent per year since inception. In 2018–19, LGE’s operating portfolio of 750 MW will generate revenues of Rs 6.4 billion and an expected EBITDA of Rs 4.2 billion.” LGE has recently hired Japan-based Daiwa Securities Group to raise primary investment from China, Japan, and South Asian countries. Over the past few years, there have been various reports of the company looking for investments to fund its capacity-expansion efforts. Reportedly, in October 2018, the company had appointed Barclays Bank PLC as financial advisor to raise around $250 million as primary capital.

There has also been a change in the investor’s portfolio in the recent past. In May 2018, JP Morgan (AIRRO), which owns a stake of about 75 per cent in LGE, was acquired by the Rohatyn Group, a specialised asset management firm that is primarily focused on emerging markets through a series of investments over the years. 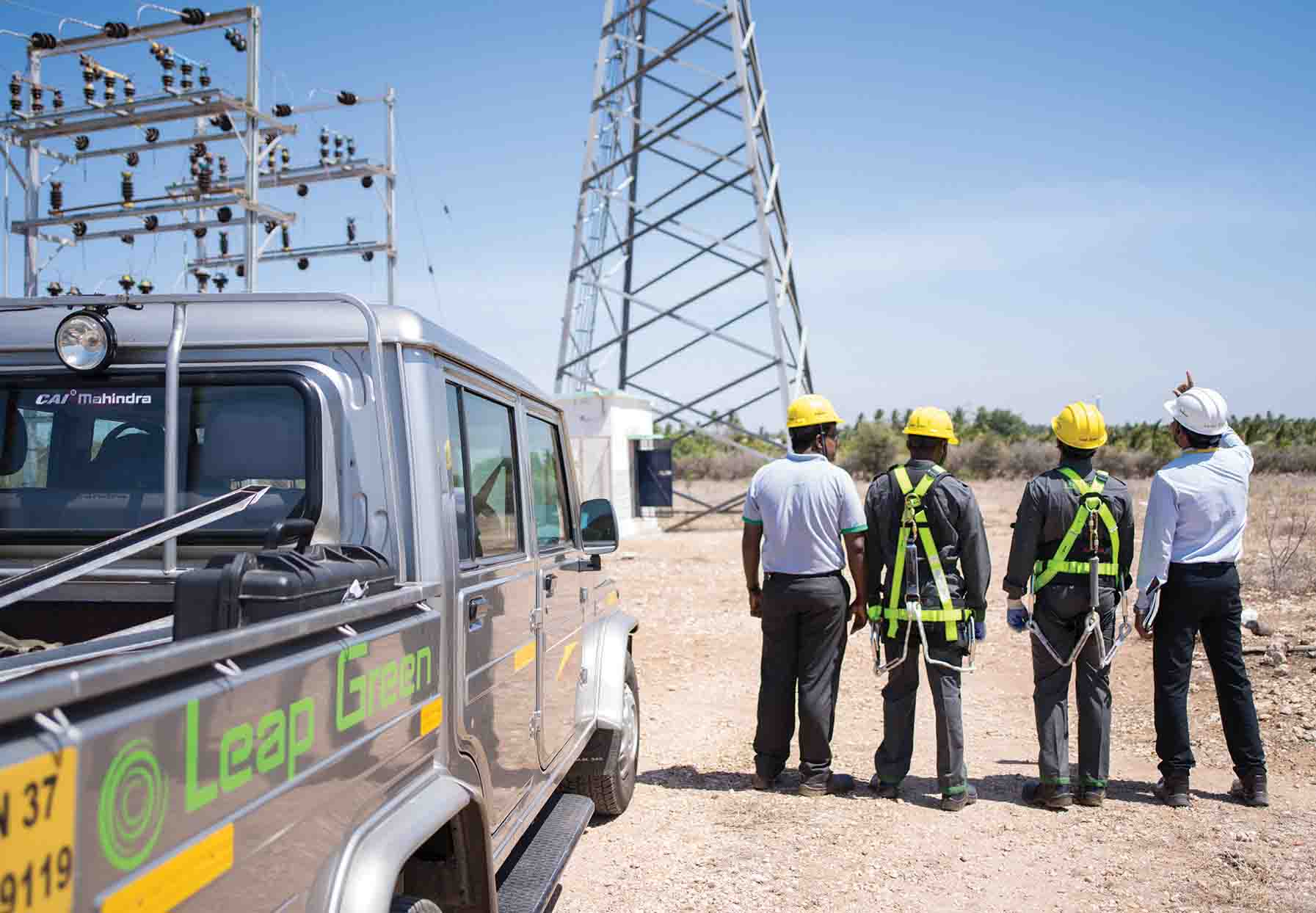 The cost-intensive nature of renewable energy projects and shrinking margins owing to low tariffs have dampened investor interest in the sector. Therefore, raising investment for companies to fund upcoming projects is seen as a challenge across all segments. Karthikeyan says that the primary challenge in India for renewable energy companies is to raise capital, debt, or equity. He  adds that the current turmoil in the financial system in India is only compounding the challenges. Lack of access to timely and adequate capital is hampering project execution considerably.

LGE has set a target to expand its portfolio to over 5,000 MW by 2023. Besides wind power, it may look to venture into wind–solar hybrids, repowering of wind turbines, energy storage, and even offshore wind power generation. Karthikeyan believes that LGE is in the right space, as the power sector is poised to grow significantly given the anticipated demand from increased urbanisation, need for more manufacturing capacity to create jobs, and transformation of various transportation modes to electrical mobility. Further, given the set demand and the challenges faced by the conventional power system in terms of fuel linkages, the renewable energy sector is expected to experience rapid growth in the next few years. Moreover, given the government’s targets and climate-change commitments, multiple opportunities exist for IPPs and power generators provided they align with the changing regulatory and policy scenario. Considering the growth trajectory of the company, its strong fundamentals, and favourable sector developments, LGE is poised to grow steadily in the future.