The power trading segment has seen phenomenal growth over the past few years and the Indian Energy Exchange (IEX) has been a key driver of this growth journey. The country’s first power exchange, the IEX started operations in 2008. It has over 6,300 participants at present and accounts for 97 per cent of the total volume traded at the two power exchanges in the country. About 56.8 billion units (BUs) of electricity was transacted at the exchange in 2017-18, as against 2 BUs in 2008-09.

The IEX offers electricity trading products under the day-ahead market (DAM), the term-ahead market (TAM) and the energy certificates market. Under DAM, it offers trading of 96 different electricity contracts of 15-minute blocks for the next day, involving double-sided bidding, at a uniform clearing price. Meanwhile, TAM covers a range of options for electricity trading for a duration of up to 11 days including intra-day, day-ahead contingency, daily and weekly contracts. In the certificates markets, the IEX offers trading of renewable energy certificates (RECs) and energy saving certificates. The IEX’s participants include 55 distributing companies, over 450 electricity generators, 3,900 open access consumers and 1,050 renewable energy generators. Among the open access beneficiaries, the textile account for the largest share (29 per cent) followed by metals (24 per cent).

Currently, India does not have a robust and liquid market, which is needed for renewable energy integration. With only 4 per cent of the country’s generated power transacted through exchanges, as against 30 per cent in developed countries, there is enough headroom for the IEX to expand operations. In addition, power demand is expected to increase in the coming years. To embark on a higher growth trajectory, the IEX plans to introduce new order types in DAM. These include longer-duration electricity contracts, contracts that allow consumers to change the quantum of power being traded across time blocks and contracts focused primarily on renewable energy producers. In TAM, the IEX is likely to introduce a smart order entry option, which would provide consumers with information about the best volume and price. Apart from this, the IEX plans to expand its coverage to cross-border markets. It is also looking to diversify into alternative energy segments like gas.

The proposed green term-ahead market (G-TAM) will provide new avenues to both buyers and sellers of renewable energy. Given the high target set for renewable capacity addition by 2022, many renewable-rich states are required to absorb all the renewable energy generated within the state. The G-TAM market will reduce the burden of these states to a certain extent. The G-TAM will also enable entities with renewable purchase obligations (RPOs) to procure renewable power at competitive prices from the power exchanges. For discoms, trading on the exchange is more convenient than buying RECs.

Moreover, developers need not tie up capacity in advance or depend on power purchase agreements with discoms for selling power. This is beneficial in an industry where delayed payments have impacted investor confidence in the past. The power exchange market also gives small open access developers and captive power producers the opportunity to buy green power at competitive rates to meet their RPOs and energy requirements. In states with excess renewable energy capacity, some plants, which receive preferential treatment, are curtailed due to the discoms’ inability to pay for the power. In such a scenario, the developers will be able to sell power on the exchange with the introduction of the proposed G-TAM.

To conclude, the IEX has achieved success in the short-term power trading market, registering a multifold increase in trading volumes and the number of participants. Its growth story is expected to continue in the coming years, primarily due to the increase in electricity demand and short-term power transactions in the country. The approval of the proposed G-TAM will provide a further boost to the IEX’s operations and will also facilitate renewable integration in the coming years. n 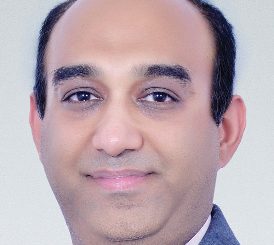 Trading Renewables
Need for a more competitive and market-based approach

September 2019
In the renewable energy space, most of the development occurs through competitive bidding, which is confined to long-term power procurement by discoms...
More 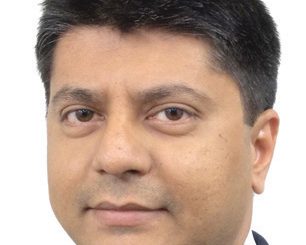