Most states in India have significantly higher tariffs for commercial and industrial (C&I) consumers as compared to residential and public sector consumers. However, with solar power surpassing grid parity in recent years, C&I consumers have been increasingly migrating from grid power to solar power to lower their operating costs. In India, the C&I rooftop solar segment has seen more growth than the residential rooftop segment. To tap this opportunity, a large number of specialist developers have entered the solar market, primarily catering to C&I consumers. One such developer is CleanMax Solar, which began its journey as a rooftop solar developer in 2011 and has since grown into a specialised developer catering to the C&I solar segment.

CleanMax Solar is a pioneer of the energy sale model, more popularly known as the opex model. In this model, a developer not only executes the project but also finances it for consumers. For C&I consumers, this model is particularly attractive, as they can get much cheaper power than grid power without any upfront capital investment. They will also be free from the hassle of operating and maintaining the solar plant.

Under this model, CleanMax Solar offers the on-site solution and the solar farm or open access solution. On-site solar energy solutions are based on the pay-as-you-go model, where C&I consumers only pay for solar power at the rate determined in the power purchase agreement (PPA). These on-site solar solutions can be used for rooftop systems, ground-mounted systems or carports. In 2015, CleanMax also introduced the opex model in its private solar farms located in Karnataka and Tamil Nadu. These private solar farms supply power to large C&I consumers in open access mode through long-term PPAs. Apart from the opex model, CleanMax Solar provides engineering, procurement and construction services to consumers willing to set up their own solar power plants.

The popularity of the opex or energy sale model has made CleanMax Solar a market leader in the distributed solar power generation segment for C&I consumers. As per company statistics, its solar capacity has been consistently growing since 2016-17 at a compound annual growth rate of 86 per cent. Its cumulative installed solar power capacity was just 35 MWp at the end of 2015-16, which has now reached 500 MWp. The company’s reported revenues have also increased by almost 10 times from 2015-16 to 2017-18, while its profit after tax has increased by more than five times during the same period.

The rooftop solar market is quite fragmented with low entry barriers for new players, and each player offering the same services at competitive prices. During the period October 2016 to September 2017, CleanMax Solar was the leading rooftop solar project developer in terms of installed capacity, with a market share of 15.8 per cent. However, it slipped to the second rank this year with a 15.6 per cent share (559 MW of capacity) during the period October 2017 to September 2018.

CleanMax Solar’s customer additions have grown at an average of 100 per cent year on year, from 34 in 2016 to 76 in 2017 and 140 in 2018. In 2017, it received a total of $100 million in equity funding from Warburg Pincus, a global private equity firm, and the International Finance Corporation, a member of the World Bank Group.

As more and more C&I consumers are expected to migrate to solar power in the face of rising grid tariffs, the company is positive that the C&I solar market will grow manyfold. However, the C&I rooftop solar segment is quite restricted with a very small market size compared to the utility-scale segment. Moreover, many state discoms are reluctant to provide approvals for open access and let go of their high-paying C&I consumers. With solar power tariffs crossing grid parity, the present exemptions of open access charges might also be cancelled in the future. This will definitely limit the number of C&I consumers willing to pay for the more expensive solar power. As rooftop solar projects are significantly smaller in capacity than open access projects, the projected decrease in the open access solar market size might hamper the company’s overall business.

Thus, CleanMax Solar is planning to venture into the micro, small and medium enterprises segment, the residential segment and educational institutions to increase its market opportunities. It is also depending on the increase in industrial electricity demand for its future growth. Apart from the existing solutions, the company is exploring energy storage solutions to complement its solar systems. CleanMax Solar is looking at aggressive capacity additions in 2019 and plans to reach the target of 300 corporate customers by 2020 from the existing 140 corporate clients. 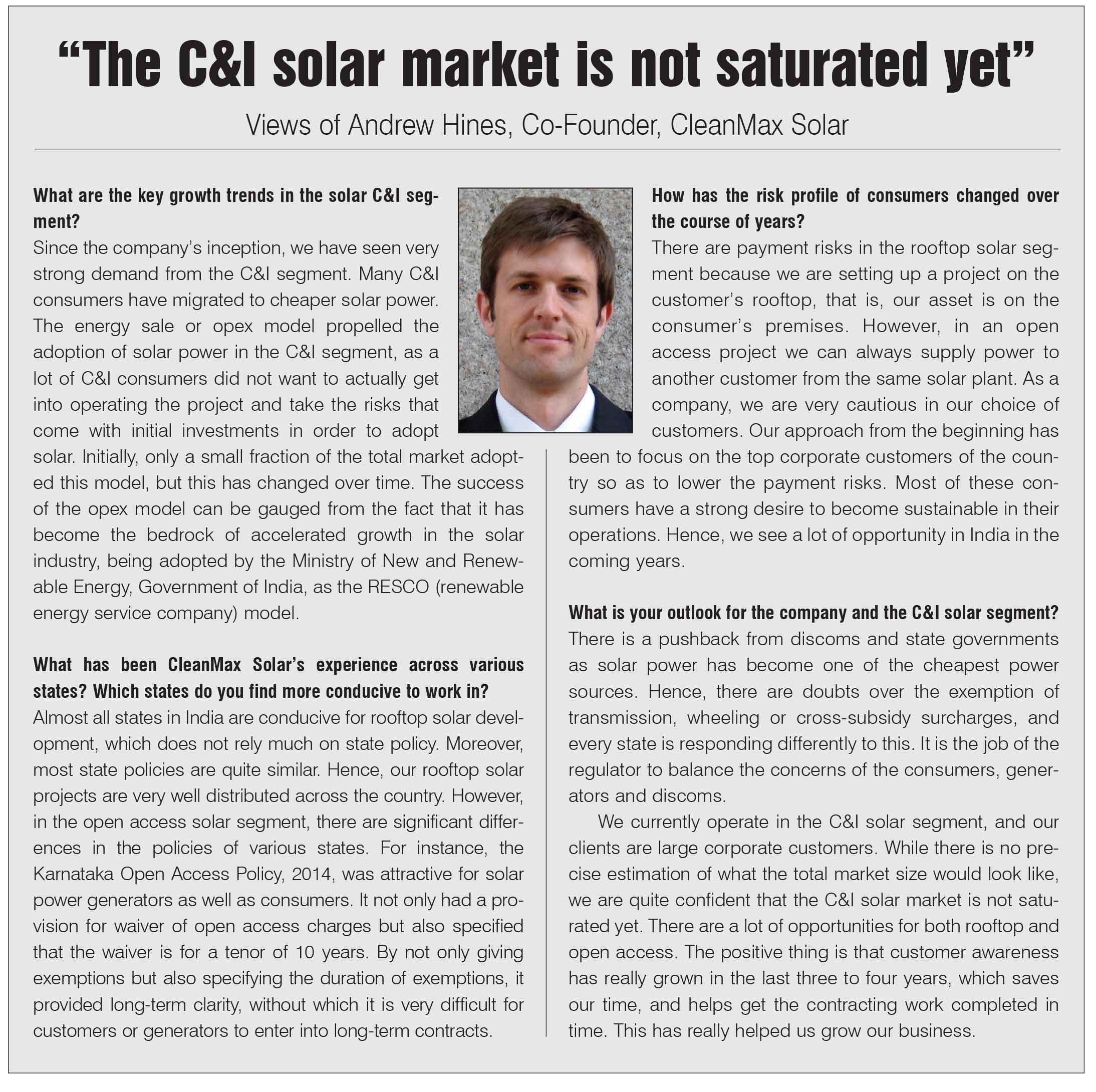 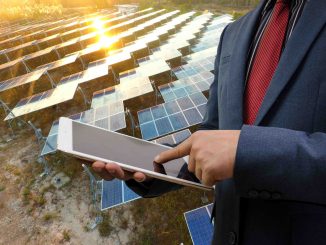 May 2019
With the discovery of low tariffs in recent auctions, the focus has shifted to the performance of solar plants. National and international standards h...
More