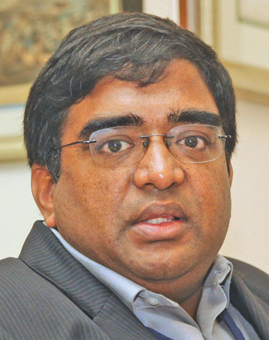 As we wind up another lackadaisical year, 2018, it is important to take stock of the situation and look ahead to the new year. Such exercises are normally tinged with optimism and hope about the future being brighter than the past.

The past few months have been a roller coaster ride for the renewable energy sector. It has been a pall of gloom with bids undersubscribed and a general sense of quiet that is unusual for a sector that has all along been buoyant and gung-ho about growth prospects. While we appear to have a reached a fork in the road and it is not very clear how the future will shape up for renewables, one can sense a market correction happening.

This article is an attempt to pen down some unpopular thoughts and take bets on the evolution of the renewable energy ecosystem in India and look at what lies ahead. Not all of these bets are unpopular and some may even receive universal acclaim. Some others may be the result of unabashed optimism on my part, which is equally unpopular. These essentially are bets I am placing with the odds stacked against me.

The solar manufacturing value chain is a tough business globally, whether one is manufacturing ingots, wafers, cells or modules. It may be overly optimistic on India’s part to expect a tiny sliver of protection in the form of safeguard duty to be the kind of driver and trigger for scaling manufacturing capacity in India. Perhaps, we may have pegged too many hopes on a mere tariff barrier to catalyse the creation of indigenous capacity. Tariff barriers need to be supplemented by access to credit and creation of confidence in the market. The big manufacturers in solar worldwide are saddled with debt and the industry has a peculiar last-mover advantage. Manufacturing tech becomes obsolescent very fast and the debt overhang does not allow older plants to modernise. So the new capacity that may come up in India may be by moving the older plants from China to India.

On the wind front, much of the manufacturing capacity lies underutilised with the major OEMs in poor financial health following a very poor year for wind. All the wind OEMs badly need a shot in the arm and an order book that can support at least two years of sales, both of which look like a chimera at this point of time. Wind has much more of a severe existential problem when pitted against solar in the long run. Wind will find it difficult to match solar in tariffs. Siting restrictions for wind and transmission bottlenecks will be much more severe for wind than for solar and will impede the future growth of wind capacity.

Despite the hype on peroskovites, we are still to see a credible attempt to commercialise the same. It is a technology that is yet to come out of the lab. I will believe in it only when at least one of the major manufacturers announces an alliance with one of the labs and targets commercial deployment. Till that happens, c-Si will hold sway, with swings towards PERC and mono-modules. Floating solar is not a new technology. It is old wine in a new bottle and may have an initial burst of interest and irrational tariffs. On the wind side, the old game of higher hub heights and larger rotor diameters may take a back seat, both because of the industry situation and the difficult tariffs. Going beyond 120 million hub heights poses additional challenges in execution, and transporting these long blades to the turbine locations becomes even more complex and challenging. Also, negotiating right-of-way issues becomes a logistical nightmare. Given the poor Indian offshore PLFs, offshore wind tariffs will continue to be high and may not be palatable to the powers that be. The exuberance shown by prospective bidders for the first offshore wind project in Gujarat at the EoI stage may not be matched by tariffs. There will be a greater use of digitisation for plant monitoring, as well as of artificial intelligence and machine learning in existing solar plants. Developers will remain notoriously conservative and will not open their purse strings for such investments in solar digital technology unless there is the promise of guaranteed higher yields. Innovation in the solar O&M space has been limited to the use of drones and mechanised cleaning. Given the larger size of the plants, built in the recent past, there will be a business case for mechanised/robotic cleaning to an extent. The operation of solar plants in the desert environments of Rajasthan (with scarce water availability) and the extreme dry conditions in parts of Gujarat will be more challenging than the developers would have initially expected.

The hype about grid-scale energy storage will be shortlived. Given the fact that our power markets are in their infancy and the ancillary services market that storage can offer is not yet developed, much of the initial lukewarm energy storage roll-outs will be in “obvious use cases” (such as in the Andamans) or will be grid-owned experimental installations. This will leave little scope for the “storage as a service” market to grow and develop. Unless the markets start pricing the value stack that storage technologies offer, we will not see the “storage as a service” market take off. In fact, the electric vehicle (EV) ecosystem is likely to see better traction than grid-level energy storage, as far as batteries go.

With the exception of a few public sector and private banks, much of the debt funding for solar and wind developers so far has come from non-banking financial companies (NBFCs). With the crisis that the shadow banking sector is going through, debt finance from NBFCs will be hard to come by and, given the allergy of PSU banks to the power sector, compensating this deficit from PSUs may be a tall order. This is bound to impact the debt-raising power of IPPs and developers. And the unrealistic tariffs will mean that some of the plants that have been bid out at very low tariffs will never get built. This will inevitably lead to a situation of large but weak balance sheets of developers and IPPs making them good targets for acquisitions and mergers. Rising interest rates will erode the profitability of operating plants. The elephant in the room is, of course, the exchange rate of the rupee. The slowdown in bidding activity and the under-subscription in recent bids seem to stem from the looming possibility of a lack of financing options.

The general belief is that the sector will see a wave of consolidations and mergers. But given the expectation mismatch between the sellers and the buyers, this will take a while. Although the recent IPO debacles of large IPPs have tempered expectations, they still run high and, given the equally high internal thresholds of buyers, deals will be rare and deal cycles will be slow. Only severe distress can speed up the pace of consolidation and that might be a few years away.

This has been the neglected baby of the sector for a long time. While we can take some pride that most of the states have rolled out net metering policies and subsidy schemes, it has not had the desired impact. The lackadaisical attitude of discoms, lack of financing options, an unregulated EPC ecosystem, poor quality of execution, opaque PPA structures and regulatory uncertainty have all plagued the growth of the rooftop sector. This will continue until the next government hopefully wakes up to this issue and addresses the same.

Transmission constraints have already become a spoiler in renewable energy bids. The way forward is clear – bids have to disclose substation-wise capacity bid out. This will require spare transmission capacity at the substations to be blocked before the bids go live. Bid evaluation has to be on the basis of tariffs discovered at the substation level. In essence, each substation has to be treated as a different bid and the tariffs discovered there would be applicable to the capacity coming up in the footprint of that substation. This will definitely avoid the concentration of capacity that is happening now but will also spread out the capacity with a guarantee of transmission capacity. Also, the LoIs and PPAs should come with transmission capacity bundled into the contracts and it should not be a separate process. Bundling transmission capacity into the PPAs will require some regulatory tweaks, and some spine and harshness to be shown to squatters in substations. But it is eminently doable. This will definitely entail higher tariffs but appears to be the only rational way to get around this vexed issue. The grid will determine, more than anything else, how much renewable energy capacity we can add, going forward.

It is necessary that we begin to see curtailment as a standard feature and factor it into tariffs. The path of least resistance that the renewable industry has adopted is to hark back and take shelter under legacy regulatory mollycoddling by citing the “must-run” provisions of the grid code. As penetration levels increase, these provisions in the grid code will become anachronisms and regulators will start reviewing these provisions.

I end with the biggest bet of all. Whatever be the predictions of the pundits on solar and wind roll-outs, we will accomplish a notch better than those. As solar prices continue to fall, it will continue to remain ahead of the value-deflation curve, making its adoption increasingly valuable to the grid and to the utilities.

With renewable energy now going mainstream, it may also be time to merge the Ministry of Power and the MNRE into a single ministry. Maybe we can leave that for 2020!