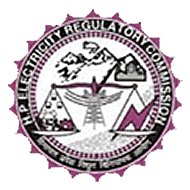 The revisions were notified in the recently issued HPERC (Renewable Power Purchase Obligation and its Compliance) (Fifth Amendment) Regulations, 2018. The new regulations are applicable to the state’s discoms as well as any person, consuming electricity procured from conventional sources through open access third party sale, or any person installing captive generating project of more than 1 MVA capacity.

The RPO applies on the total electricity consumption by an obligated entity, excluding consumption from hydro. HPERC has stated that in case solar RPO compliance is 85 per cent or above, the remaining shortfall if any, can be met by excess non-solar energy purchased beyond the specified non-solar RPO for that year, and vice-versa.