Delhi’s largest discom, BSES Rajdhani Power Limited (BRPL), a joint venture between Reliance Infrastructure and the Government of the National Capital Territory, launched the Solar City Initiative on January 7, 2018 with the purpose of setting up grid-connected rooftop solar projects to manage the ever increasing peak electricity demand in Delhi. BRPL partnered with GIZ and The Energy and Resources Institute for the implementation of this project. At the launch of the initiative, BRPL’s chief executive officer Amal Sinha said, “The aim of the Solar City Initiative is to accelerate rooftop solar development by aggregating consumers and bringing in significant participation from solar developers.” The initiative, moreover, plans to educate consumers about the benefits of solar energy, along with the various business models for setting up such projects through a dedicated website and a 24×7 helpline number.

In the first phase, Dwarka was selected for the installation of grid-connected rooftop solar projects. The electricity generated from these plants is to be used to power the common appliances used by building society such as lifts and the surplus electricity, if any, is proposed to be fed into the grid. To facilitate the integration with the grid, net meters were installed in every flat. Since the launch of the initiative, 14 societies have installed rooftop projects totalling about 1,000 kW of capacity and work at six more societies is in progress. According to an official from BRPL, the combined capacity of the rooftop solar projects in Dwarka could cross 2.5 MW in some time.

The solar city initiative is expected to benefit the discom as well as consumers. The discom gains by managing peak demand through solar energy and thus ensuring grid robustness. It will help the discom meet its renewable purchase obligation (RPO) mandate. Also, rooftop solar uptake will ease the pressure on the existing overloaded distribution transformers (DTs). As for the consumers, they need to incur zero upfront costs if they follow the renewable energy service company (RESCO) model, as the project is installed by the vendor, who is paid a tariff for every unit consumed by the consumer. In the case of Shiv Bhole CGHS, the tariff of Rs 2.66 per kW (inclusive of the generation-based incentive of Rs 2 per kW provided by the Delhi government) is around Rs 2.40 per kWh lower than the tariff charged by the discom earlier. This reduced tariff could lead to savings of Rs 4,500 per annum for each of the 60 households in the society. It is estimated that a kW-scale solar rooftop system in the society can lead to an average saving of Rs 750 per month for a period of 25 years in electricity bills apart from offsetting approximately 1.5 tonnes of carbon dioxide per annum. However, the capex model, wherein the consumer bears the entire upfront cost, can gain traction in the future, with the rising per capita income of residents. In order to facilitate financing of these projects, the Delhi Cooperative Housing Finance Corporation is offering loans with an interest rate of 8.25 per cent per annum for residential and institutional consumers.

As the BRPL example has shown in Dwarka, discom-led initiatives elicit a positive response from vendors and consumers. The vendors are confident that the discom will purchase the surplus electricity generated in order to comply with its RPO. Meanwhile, the consumers trust the vendors as the list is provided by the discom. However, one challenge could be the reluctance of vendors to join such initiatives owing to the residential consumers’ lack of credit rating. An agreement amongst the residents to give a bank guarantee equivalent to three to six months of solar generation could partially mitigate this issue.

Going forward, as more societies install rooftop solar systems in Dwarka, BRPL can also launch a programme on the sale of electric vehicles to residents in this area. The two will complement each other, as solar power generated from these systems can be directly used to power battery-operated vehicles. The model, if successful, can be replicated in a much larger number of societies across Delhi. 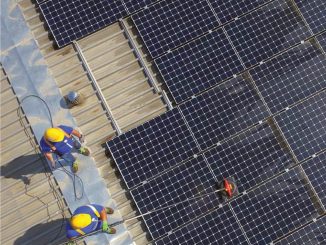 December 2020
Unlike project development and execution, which take one to two years, a solar project’s operations and maintenance (O&M) phase continues for th...
More 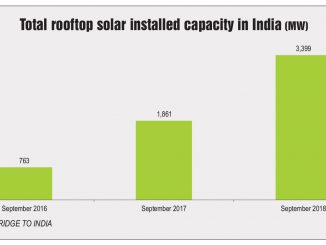 February 2019
For the past one year, the solar industry has been focusing more on rooftop solar development. An increasing number of states are reforming their net ...
More

November 2020
Over the past decade, renewable energy financing has gone through various ups and downs depending on the investor sentiment. However, through all of t...
More