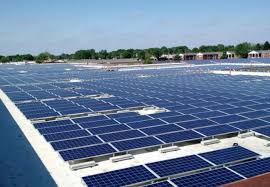 Madhya Pradesh Urja Vikas Nigam Limited (MPUVNL) has announced the results of its 35 MW rooftop auction. Initially MPUVNL had tendered 30 MW of capacity, which was later increased to 35 MW. The tender had witnessed participation from 31 developers and the capacity had been oversubscribed by over 630 per cent.

Under this tender, the rooftop solar PV systems will be set up on 291 government colleges, 159 police establishments, municipal corporations, across the state. Among all the state government buildings, the lowest tariff of Rs 1.69 per kWh has been discovered for municipal bodies.

Tariff discovered for medical colleges is Rs 1.74 per kWh, (about one fourth current power prices). The police establishments will get solar power at Rs 2.33 per kWh while all government engineering colleges and polytechnics would get power at Rs 2.35 per kWh.

According to the clauses of the request for proposal (RfP) document and the PPA, if safeguard duty is levied on imported cells after the bid submission day, the tariff would be adjusted as per a formula devised by MPUVNL.

While the tariffs discovered in this auction are at a historic low, about 45 per cent subsidy is being offered under this tender by state and central government. In addition, all projects will be allowed yearly tariff escalation by 2.5 per cent for a 25-year time period. Thus, a combination of the two factors has allowed projects to be economically feasible for the developers and the disclosed tariffs may not represent the actual cost of the rooftop solar power.