The adoption of competitive bidding for project allocation and tariff determination completely disrupted the wind power market in 2017. Tariffs plummeted to Rs 2.44 per kWh, putting huge pressure on developers and operators to reduce project costs in order to improve their dwindling margins. It has also disrupted the business models that were earlier prevalent in the market, including the engineering, procurement and construction (EPC) contracting process.

The EPC model of wind power development involves a contractor carrying out the detailed design of the plant, procuring all equipment including wind turbines, erecting the tower and commissioning the plant. In this model, the EPC contractor bears the risks associated with plant performance, price and time overruns as well as the interface risks arising with subcontractors. The contract is designed in a way that the developer is entitled to compensation in case of any deviation from the mutually agreed parameters.

The high-risk profile of EPC contracts makes them typically more expensive than other business models, wherein the risks are assumed by the developer. One of these is the multi-contract model, wherein the developer signs separate contracts with expert service providers and assumes all execution and operational risks. This helps reduce costs but requires a highly experienced developer to smoothly manage all components of project development. Another model involves the formation of a supplier consortium (non-legal entity), which signs a single contract with the developer. This type of model has a better risk profile than the EPC contract model.

In the competitive bidding regime, the nature of project development is expected to change. Business models that involve higher expertise and lower costs will become prevalent in the market, thus increasing developer margins. The EPC models as we know them may be altered to bring down costs. While the advantages of contracting an EPC company outweigh the high costs involved, lower tariffs will push developers to seek more competitive prices. In addition, increasing the project development base to meet the 60 GW target will result in growing competition. This will further intensify the EPC market, creating a high-entry, low-exit barrier space.

According to Mahesh Makhija, director, renewables, CLP India, “The feed-in tariff regime implies multiple inefficiencies in the entire value chain. With the auctions being overseen by the Solar Energy Corporation of India, risks will be priced differently, eventually lowering the cost estimates. While the government is quite happy about the decline in tariffs, EPC companies and developers have been adversely impacted, with the biggest blow being felt by turbine manufacturers.”

The market for pure-play EPC companies is set to get further restricted in the competitive bidding regime. The manufacturers may now choose to function purely as vendors and may not compete for projects in the auctions. This is due to the multitude of regulations in place for companies that can compete in auctions, such as a 50 MW block cap, besides financial constraints. Therefore, for an entity without project development as its core competency, it may not be economically viable to compete for these projects at diminished rates of return. Consequently, the EPC services that manufacturers may have taken from core contractors to develop projects earlier will no longer be required,  as independent power producers (IPPs) typically have in-house EPC capabilities that help them cut costs and increase margins.

The industry structure is expected to change significantly over the next five years, and indicators regarding the possible alterations have begun to show. In the competitive bidding era, equipment suppliers may seek to integrate backwards and manufacture components themselves instead of relying on smaller component suppliers. This could trigger a market consolidation for this part of the value chain. The value chain is also likely to expand into the services market. A third category of players may emerge to provide smaller services such as third-party sale facilitation, pure operations and maintenance in the form of software services and automated monitoring, among others.

A new segment of EPC contractors could emerge to fill the gap between manufacturers and new IPPs that do not have in-house EPC capabilities yet. This would be akin to the solar segment, wherein new and small developers use EPC services to develop projects. The equipment manufacturers, in this case, could function as pure-play vendors.

Multilevel contracting is an alternative to pure-play EPC contracts. The responsibilities in this model are divided amongst various participants, thus spreading out the risks associated with the project. However, the risk profile remains high as the number of companies involved in the project increases. Nevertheless, this can help significantly reduce project costs and increase returns for developers. In this model, the developer chooses different contractors for various tasks and functions as the focal point of contact for all the stakeholders involved. Thus, the developer should be entirely committed to tackling the challenges associated with each of the service providers. The developer’s involvement here becomes critical to the success of the project, especially during the design and construction phase. This route is typically preferred by more experienced developers. However, as newer developers enter the market by quoting winning bids, multilevel contracting may no longer be a favourable way of developing projects. With stricter timelines, coordinating with multiple stakeholders may lead to time and cost overruns. In the European offshore wind power market, the multilevel contracting model is giving way to fewer contractors in order to reduce the risks of overshooting the timelines.

There is significant potential for EPC companies in the two emerging wind power markets – repowering and offshore wind. During the early stages of wind power development, low capacity turbines were installed at high potential wind sites. These were developed by diversified players with limited core expertise. These turbines are now set to undergo repowering as the country looks to increase the share of wind power in its energy mix. This is likely to open up a market for EPC players as the diversified companies seek to repower their old turbines.

Offshore wind power presents another opportunity for EPC service providers. Over the past year, developers have shown interest in the segment, which could lead to project development in the near future. However, there is limited expertise available in the country for offshore wind development. This could be a potential high revenue market for the EPC segment, which has the capability to develop bespoke solutions. 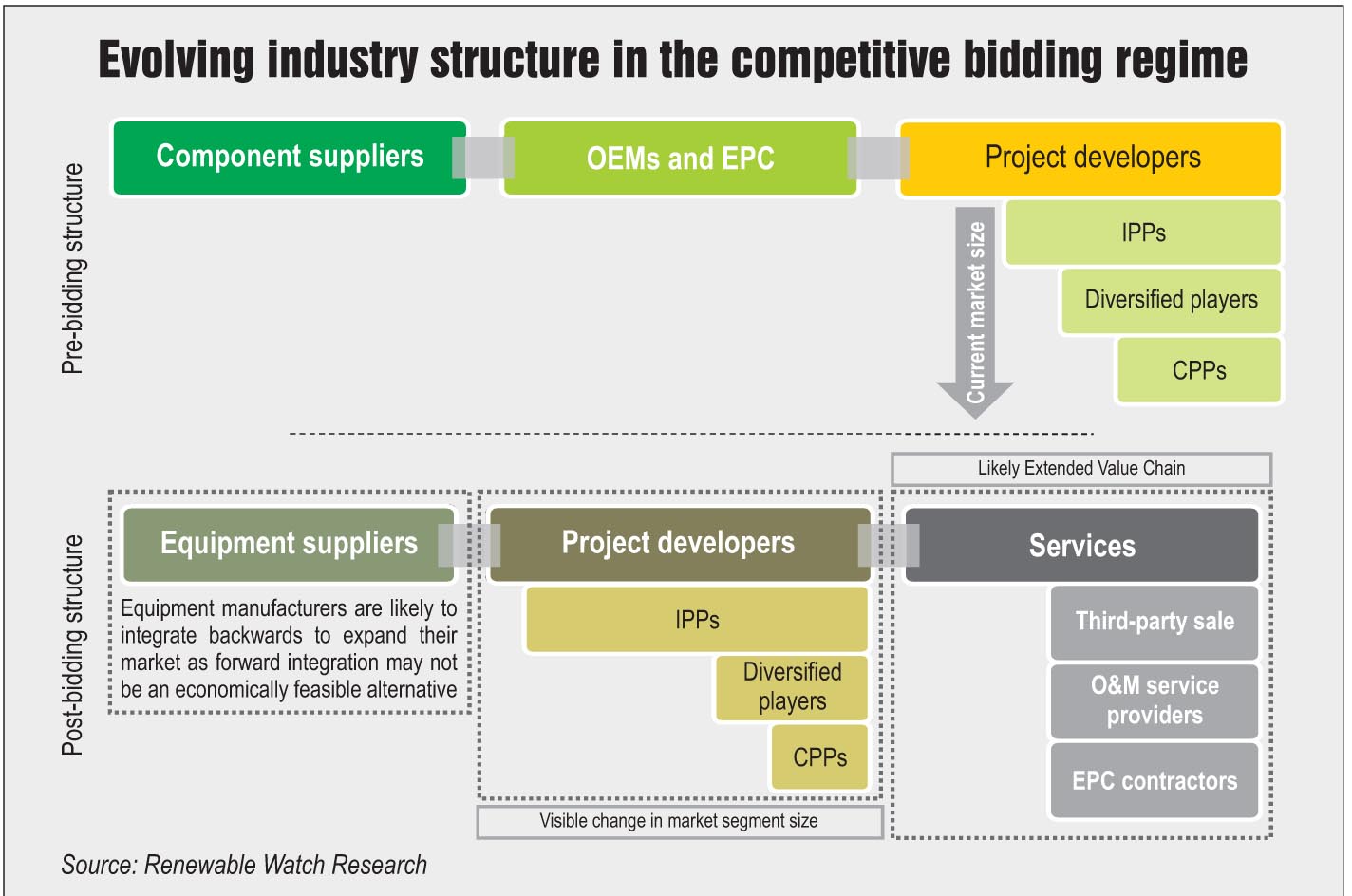 As the Indian wind power industry moves to a competitive bidding regime entirely, the EPC market is likely to face a period of uncertainty. The capacities being tendered are higher than ever before, but falling tariffs have left no room for the use of high-cost in the project. As a result, IPPs are looking to develop in-house EPC capabilities to reduce costs.

The possible market for pure-play EPC contractors in the wind power segment may be to tap the gap created by newer developers entering the market with little project development experience and deep pockets. Moreover, entities that do not have wind power generation as their core business will continue to seek services from these contractors. However, with stringent tender guidelines, the share of such diversified companies is expected to decrease. Further, EPC contractors are set to gain more from the increase in project sizes to be developed as opposed to the greater number of contracts available in the past. 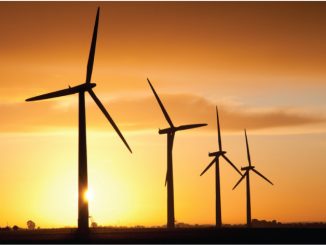 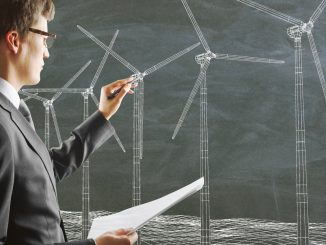 August 2017
The increasing size of wind turbines and the growth of the offshore industry have made it necessary for wind power developers to undertake careful pla...
More 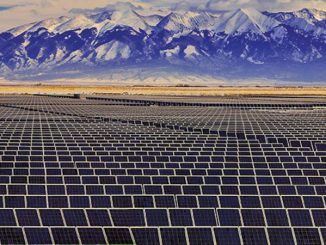 Brookfield Asset Management
Building its portfolio through the owner-operator route