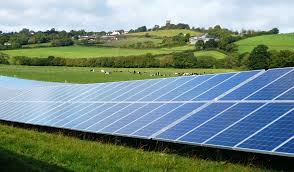 According to the Confederation of Indian Industry (CII), several private solar power developers have expressed interested in setting up projects on farm lands for a minimum lease period of 25 years. Reportedly, the government is hoping that a similar project could be replicated in the Kandi area and southwest Punjab, especially in the citrus orchards and vegetable-growing belt near Ludhiana and Malerkotla.

Most of the land in Punjab is cultivable, and thus land available for large-scale PV plants is limited. In the past, Punjab has tendered canal bank and canal top solar PV projects to meet its RPO. The success of the pilot projects is likely to help the state in achieving its targets by 2022. Punjab has also approved a green building pilot project, on CII recommendations, and is planning implement this concept at the government medical college and hospital at Mohali.