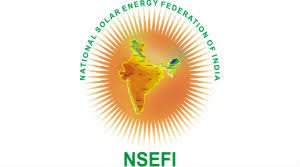 The L1 of Rs 3.48 per kWh is much higher than the tariffs observed in other recent solar auctions across the country. Therefore, the NSEFI has expressed apprehension that the Uttar Pradesh government may not honour the bidding process. In its letter, the federation has requested the state’s energy minister to issue suitable directives to Uttar Pradesh Power Corporation Limited (UPPCL) to procure power at the tariffs discovered in the auction. NSEFI has also stated that cancellation of the auction could set a bad precedent for future solar auctions in the state. While NSEFI has not received any formal communication from UPNEDA or UPPCL, recent tariff renegotiations by Uttar Pradesh could be the reason for NSEFI sending the letter.

Reportedly, UPNEDA had expected tariff ranging between Rs 3.10 per kWh and Rs 3.15 per kWh after accounting for factors such as land availability issues, project sizes, low CUF, etc. However, the L1 tariff of Rs 3.48 per kWh was greater than that expected by the agency.  After the auction, UPNEDA has forwarded the results to a committee for a final decision which will be announced after a period of 15 days.